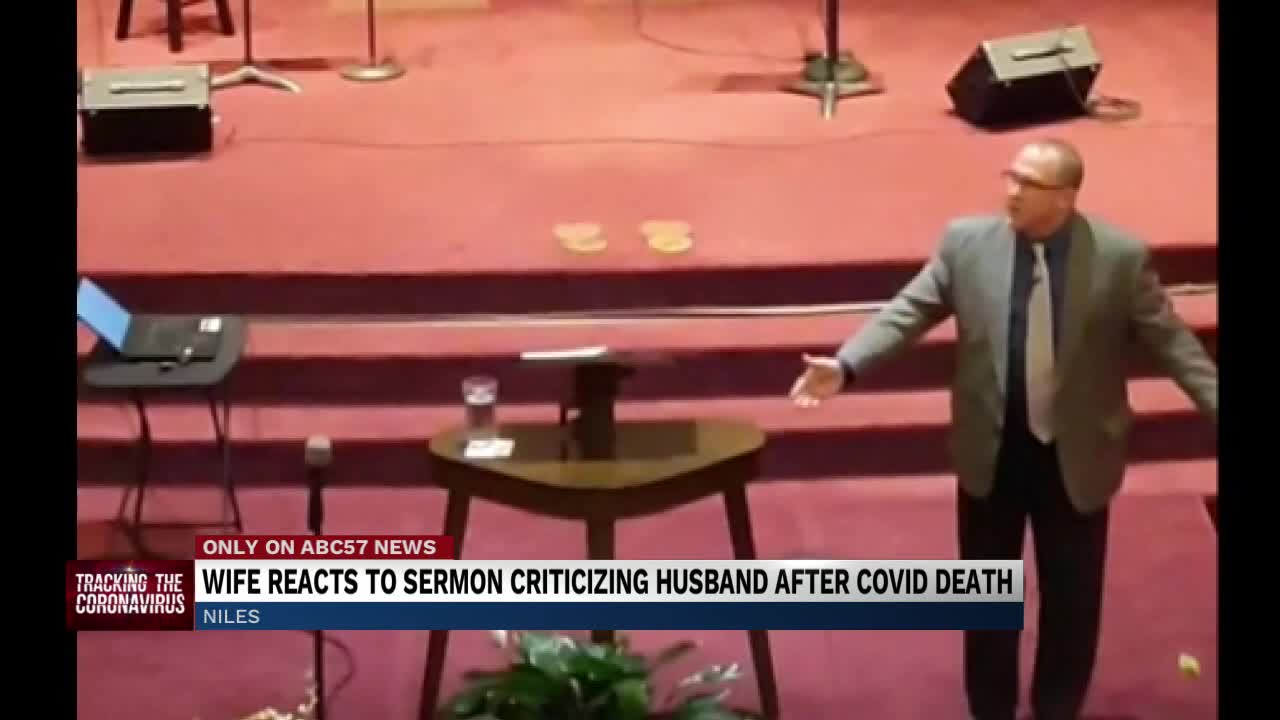 We first brought you the story one week ago of a Niles pastor accused of blaming one of his congregation members’ coronavirus death on a lack of faith. That...
by Zach Freeman January 6, 2021 865 Views

We first brought you the story one week ago of a Niles pastor accused of blaming one of his congregation members’ coronavirus death on a lack of faith.

That man’s widow then reached out to ABC57 and said despite some members of her own family being devastated by her pastor’s comments, she is standing by her church.

Ruthann and Les Tom chose to attend their long-time church, Michiana Christian Embassy in Niles, in-person periodically throughout the pandemic.

But unfortunately, in November, both of them contracted COVID-19.

While they never learned exactly who they got the virus from, it got serious enough, both of them landed in the hospital.

“He went in first, then I started having symptoms so they put me in,” said Ruthann Tom. “I was able to see him before he died and then they sent me home and several days later he died.”

“He gave an exceptional memorial for my husband and there were quite a few people there,” said Ruthann.

Then, things took a turn during a December 13 sermon – live streamed on Facebook – where Whittaker said, “We don’t disrespect Les, he died of COVID because he was weak, he had no faith.”

This outraged Les’s granddaughter and step-son, who posted the video on Facebook, getting hundreds of comments and shares.

“I think that was their form of grief and I love them dearly and understand where they’re coming from but it’s caused me a lot of grief,” said Ruthann.

Ruthann said her family members who shared the video never attended the church and are misinterpreting Whittaker.

“I listened to the sermon and it was taken out of context, it was uplifting and encouraging and nothing bad was said about my husband.”

When asked what she believed the context was, however —

“It wasn’t sarcastic, no, I guess I don’t have a comment on that right now.”

What she is sure of though – her pastor was speaking from the heart and the tension around his comments stem from a larger divide we’re all living through.

“Our nation’s divided, but tension between the church? No,” said Ruthann.

As for why she’s speaking out now, she credits the church for transforming her and Les’s lives.

“When my husband and I first started going to church there we were on the verge of divorce and the Holy Spirit got ahold of both of us,” said Ruthann. “My husband was dedicated to the church and it would hurt him to know this was going on, he was a good man.”

Ruthann said she has spoken to Pastor Whittaker and other church members since her family’s viral post.

ABC57 made multiple attempts to contact Pastor Whittaker as well and has not heard back.