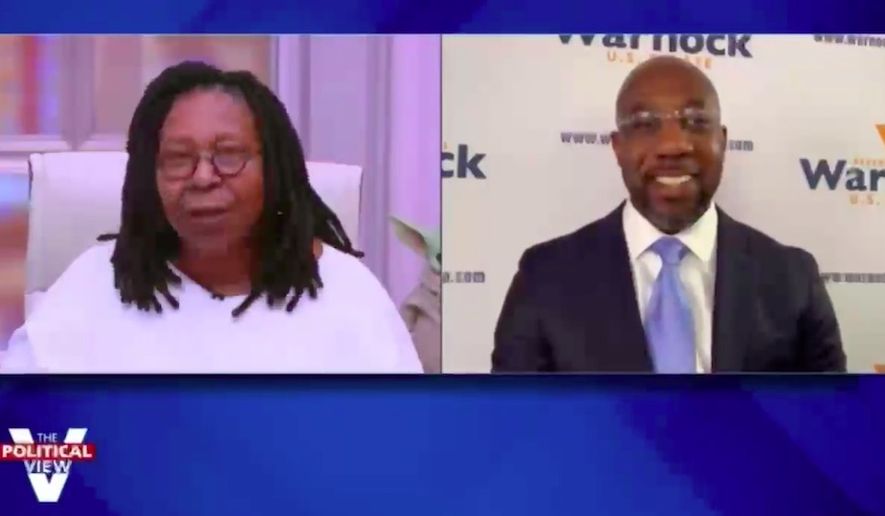 In the segment, McCain asked the Democrat, fresh off his victory over Republican Sen. Kelly Loeffler in Tuesday’s election, about potential changes in the offing with the Democrats grabbing the majority in the U.S. Senate.

‘I watched the race closely, just like everyone else, and you talked a lot about unity on the campaign trail, and the need to unify the country, and unify Georgians,’ McCain said, ‘but progressives across the country are celebrating the election could mean adding two states, eliminating the filibuster and packing the Supreme Court with more members.

McCain said cited how Democrat Sen. Joe Manchin ‘has joined the Republicans to reject those ideas,’ asking Warnock where he would vote on such issues.

‘Chuck Schumer tweeted this morning, “Buckle Up,” so you can understand how it’s hard for Republicans like me to believe in the spirit of unity,’ McCain said. ‘I want to know, will you do the same thing as Joe Manchin and agree not to follow up on all those things?’

Warnock said he was ‘not focused’ on the issues McCain asked about, saying he was looking at helping ‘ordinary’ Georgia residents persevere through the ongoing COVID-19 pandemic.

McCain responded, ‘Senator, I do believe that average America care about packing the courts and I just want to know if you agree, and join Joe Manchin, and agree that you are not for that.’