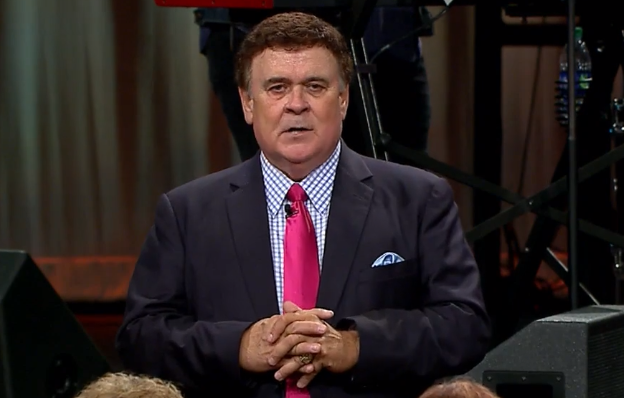 An Alabama pastor recently told his congregation that if you got a problem with Black people, you better shut your mouth because they’re God’s people.

Rev. John Kilpatrick, pastor of Church of His Presence in Daphne, talked about the plight of Black people in an recent sermon. He said he thought about how they were taken against their will, put into the belly of ships and more.

“You ain’t never heard a gut-wrenching song until you hear a Black person sing one of those Black negro spirituals. When you experience hell, it comes out of the voice,” Kilpatrick said in a portion of the sermon posted on Facebook.

As the sermon continues, Kilpatrick said that if you’re somebody that has a problem with Black people, you better shut your mouth.

“You better shut your white mouth. I’m not kidding you,” Kilpatrick said.

He added that he knew some of the people he was speaking to was raised by prejudiced and bigoted people, but he said that they needed to get that out of their systems because it’ll cause them to suffer.

Kilpatrick acknowledged that there was wicked in white races and wicked in Black races, but said that Black people were still God’s people.

A clip of Kilpatrick’s sermon shared to Facebook on March 1 garnered over 20,000 shares and 12,000 reactions. The clip can also be viewed on YouTube, where it has been seen over 65,000 times.

All of Kilpatrick’s past sermons can be viewed here.

This is not the first time one of Kilpatrick’s sermons has gone viral.

In 2018, he asked his congregation to pray against the witchcraft that he said was attacking then President Donald Trump.

Kilpatrick is best known for being pastor of the Brownsville Assembly of God in Pensacola. From 1995 until 2000, more than four million people attended the annual Brownsville Revival, also known as the “Pensacola Outpouring”.