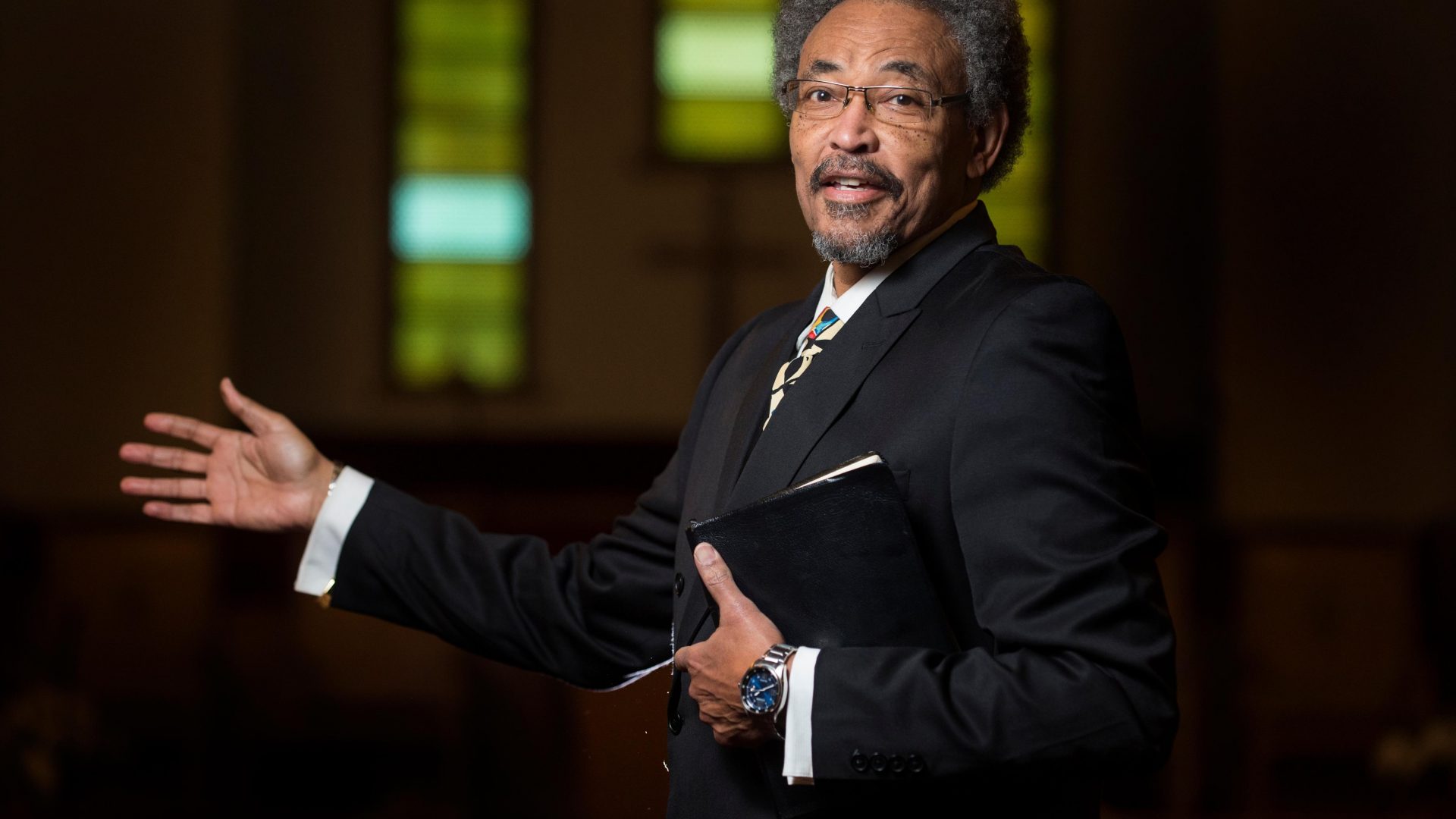 For almost a half-century, the Rev. Alphonso Lyons Jr. served as a cornerstone for his South Peoria church and community. And though his name is etched into stone on...
by Zach Freeman September 23, 2021 319 Views

For almost a half-century, the Rev. Alphonso Lyons Jr. served as a cornerstone for his South Peoria church and community.

And though his name is etched into stone on a wall of Mt. Zion Baptist Church, the pastor followed a call that took him far beyond 305 S. Madison Park Terrace. Lyons, who died Tuesday at age 72, was known to advocate for justice and help with everyday needs throughout the neighborhood and beyond.

Peoria Mayor Rita Ali, who as a teen met Lyons as he preached, said his death brings a void stretching far beyond his church.

“He was what I consider a stronghold in our community,” she said. “People could always count on him. He was unwavering in his support. He was a man of The Word and a man of his word, a man of integrity.”

Lyons grew up in South Peoria with six siblings, including Cheryll Boswell, who still lives in Peoria and attends Mt. Zion. As kids, she and her twin sister often would try to get the best of their older brother, but he always kept an even keel.

“It was our job as little sisters to antagonize him,” she recalled fondly. “And he would just love us and look after us.”

‘He was brought up as a gentleman’

Mae Catherine Godhigh, who grew up around the corner from the family, recalled the young Lyons as fond of basketball and books. His demeanor was quiet, unless excited about literature and theology, when he turned intense in sharing what he had learned. But he was always polite.Your stories live here.Fuel your hometown passion and plug into the stories that define it.

“His family was very spiritual,” said Godhigh, a lifelong friend of Lyons and the administrative assistant at the Bethel United Methodist Church, 210 N. Richard Pryor Place. “He was brought up as a gentleman.”

Lyons was attending Manual High School when a Mt. Zion pastor heard him speak at a youth rally and invited him to the church, which he began to attend. Soon, in a dream, the teen felt called to become a pastor. So, upon enrolling at Bradley University, he decided to pursue religious studies, meanwhile serving as an associate pastor at Mt. Zion.

Started in 1879, the church had occupied several spots before becoming a South Peoria landmark at 615 W. Fourth St. It offered myriad programs, including a music-scholarship committee, monthly social-issues forum, youth orchestra and athletic club. But in 1973, the church burned to the ground, leaving the flock scrambling to recover.

The next year, Lyons took over as head pastor, leading the church to a rejuvenation at its new home on Madison Park Terrace. In addition to restarting previous programs, Lyons expanded church outreach to meet everyday needs, including a food pantry.

“We try to do what Jesus did,” he once said. “Love the Father and help your fellow man.”