Well-Known Evangelical That Worked Closely With Billy Graham Has Died 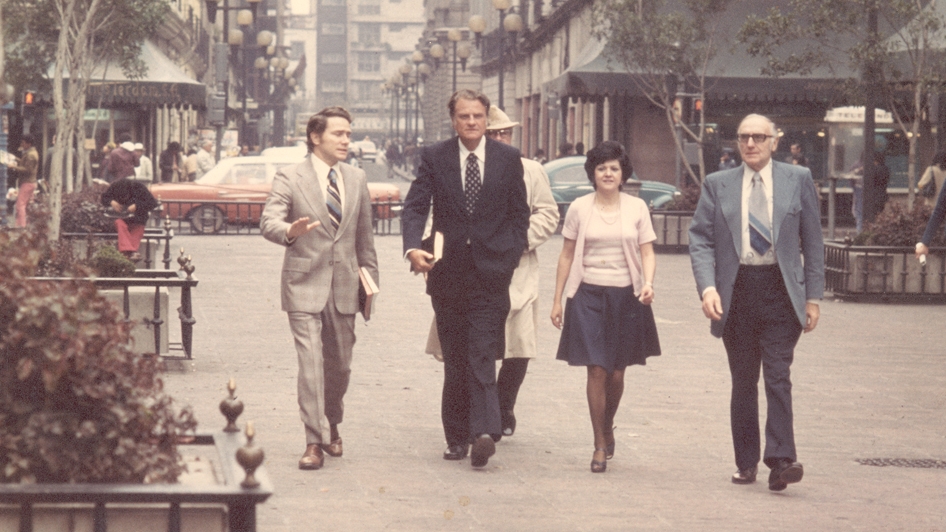 Luis Palau, an evangelical pastor who was born in Argentina and went on to work with Billy Graham before establishing his own powerhouse international ministry, has died at his home in Portland, Ore.

The Luis Palau Assn. said he died Thursday at age 86. He announced in January 2018 that he had been diagnosed with terminal lung cancer.

“It is with a mixture of sadness and joy that we share with you that Dad passed away early this morning. He died suddenly and very peacefully, just as he had hoped,” his family said in a statement. “This is hard news, but Luis is experiencing the beauty of the Lord face to face.”

Born to an affluent family in Buenos Aires, Palau rose from obscurity to become one of the most well-known international Christian evangelists. Over a career that spanned more than half a century, he wrote 50 books and addressed more than 30 million people in 75 countries at evangelical “festivals” that were his modern-day take on the more traditional crusades that boosted his mentor and idol, Graham, to fame.ADVERTISING

“In many ways, I feel the Lord has much more in store for me. Yet whatever tomorrow holds — I’m completely at peace. Both Patricia and I are,” he wrote to his followers in 2018 after the diagnosis. “As we look back, we praise the Lord. Fifty-seven years of marriage. How many places we’ve been. How many people we’ve reached with the Gospel.”

His radio programs, including the international Spanish-language “Luis Palau Responde,” are broadcast on 3,500 stations in 48 countries, and his Portland-based Luis Palau Assn. organizes dozens of events each year on five continents.https://platform.twitter.com/embed/Tweet.html?dnt=false&embedId=twitter-widget-0&frame=false&hideCard=false&hideThread=false&id=1370116158053961731&lang=en&origin=https%3A%2F%2Fwww.latimes.com%2Fobituaries%2Fstory%2F2021-03-12%2Fluis-palau-evangelical-pastor-billy-graham-dies&siteScreenName=latimes&theme=light&widgetsVersion=e1ffbdb%3A1614796141937&width=550px

The vastness of his evangelical empire, especially among Spanish-speaking faithful, long ago earned him the nickname the “Billy Graham of Latin America.” A decade ago, Palau began transferring day-to-day operations of that empire to three of his four sons, including one who is now an international evangelist in his own right.

“Everything is ready, so if the Lord wants to take me home … I’m ready,” he said in a January 2018 video to his followers. “I’ve preached about heaven … and I’ve often preached about the second coming and the resurrection, and now, it’s reality for me.”

Condolences came in from other faith leaders as news of Palau’s death spread.

“Luis Palau was the Apostle Paul to the Spanish-speaking world. He was a leader whom God used to usher in the great revival that swept South and Central America, and that was just the beginning,” said the Rev. Johnnie Moore, president of the Congress of Christian Leaders. “Today, we lost a giant in Christian history.”

“His passion for sharing Jesus Christ around the world was immeasurable,” he said in a statement.

Palau was steeped in faith early in life by his father, a businessman who had been introduced to Christianity by a missionary. But when Palau’s father died, the family fell on hard times. In a video interview on his website, Palau recalls his mother dividing a loaf of bread among her children or cutting a steak into eight pieces for dinner.

Palau, who had hoped to become a lawyer, was working an entry-level job at a bank when he heard Graham on the radio in 1952. It was transformative, he would later say, and Palau decided he wanted to become an evangelist himself.

“I would have gladly had a business or been a lawyer — either one — but the real commitment of my life was to win people to Jesus Christ. There’s nothing greater in the whole world,” he said in an interview on his website.

Palau moved to Oregon in 1960 to attend the Multnomah School of the Bible in Portland and met his future wife, a fellow Bible school student named Pat. The couple married in 1961 and had four sons, building their early family life around missionary work.

Palau interned with Graham in 1962 during a crusade in Fresno and served as Graham’s Spanish-language interpreter during crusades in South and Central America in the 1960s.