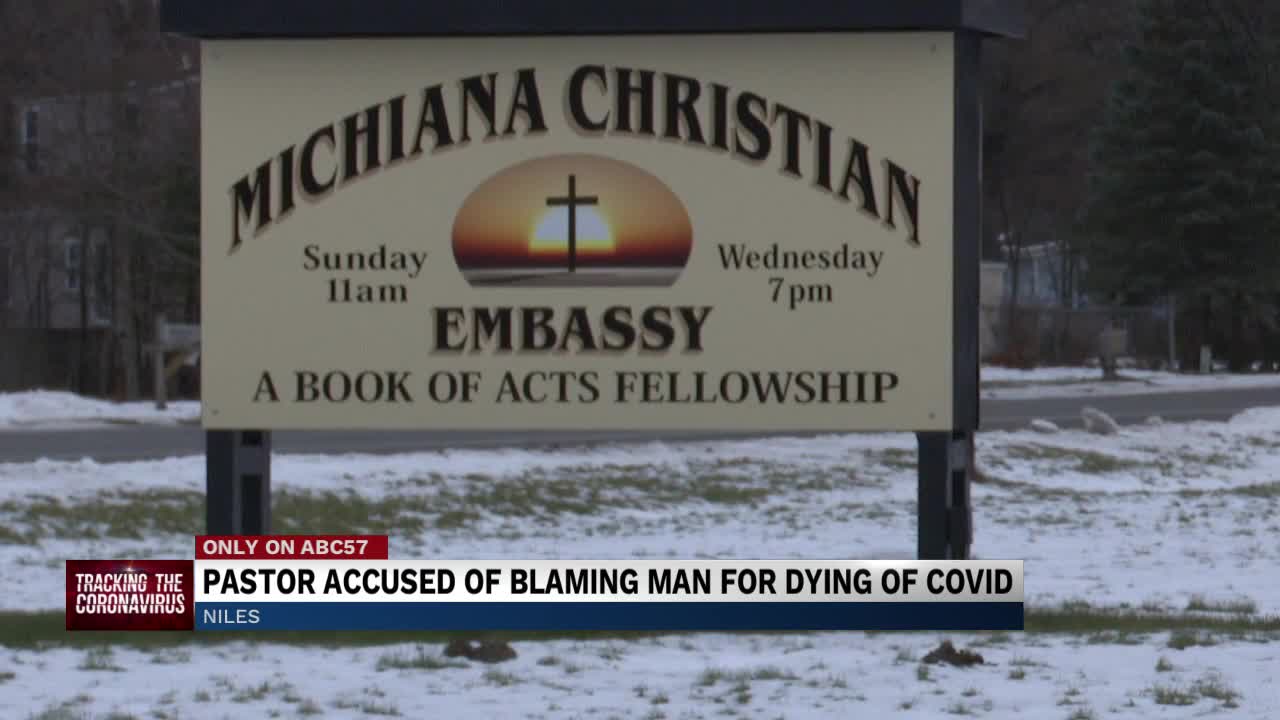 Not long ago, a 71-year-old man named Les Tom died of COVID, and his funeral was held at his church: Michiana Christian Embassy in Niles, Michigan. But earlier this month, on...
by Crystal Smith December 31, 2020

Not long ago, a 71-year-old man named Les Tom died of COVID, and his funeral was held at his church: Michiana Christian Embassy in Niles, Michigan.

But earlier this month, on December 13, Lead Pastor Rev. Jeffrey Whittaker delivered a sermon in which he appeared to mock Tom for catching COVID — as well as his family members and other congregation members for taking COVID precautions during that funeral service.

“We welcome masks, sit here, sit there; we answered people’s questions for Sheri’s funeral and for Les’s funeral and guess what, they were liars and hypocrites and cowards,” said Whittaker. “Why? Because ‘I want to come but I want to make sure I can social distance.’”

“We do not disrespect Les; he died of COVID because he’s weak, because he has no faith,” said Whittaker during the Dec. 13 service.

In that clip above, Whittaker also claims COVID isn’t a real crisis because only a small percentage of Americans overall have died from it. (The percentage is much larger among those who test positive for COVID, but he didn’t say that. Nor did he talk about the long-term health problems that may occur for those who test positive but survive the ordeal. Nor did he acknowledge that many of the 330,000+ Americans who have died from COVID were devout Christians.)

Now Les Tom’s family is furious at Whittaker — but he still won’t comment on it:

Whittaker declined to speak with ABC57 on-camera but said the comment was taken out of context and the short clip does not paint the whole picture of his two hour sermon.

“A Pastor Pull-Up” She showed up at some of her members home to show love since they have not been able to meet.