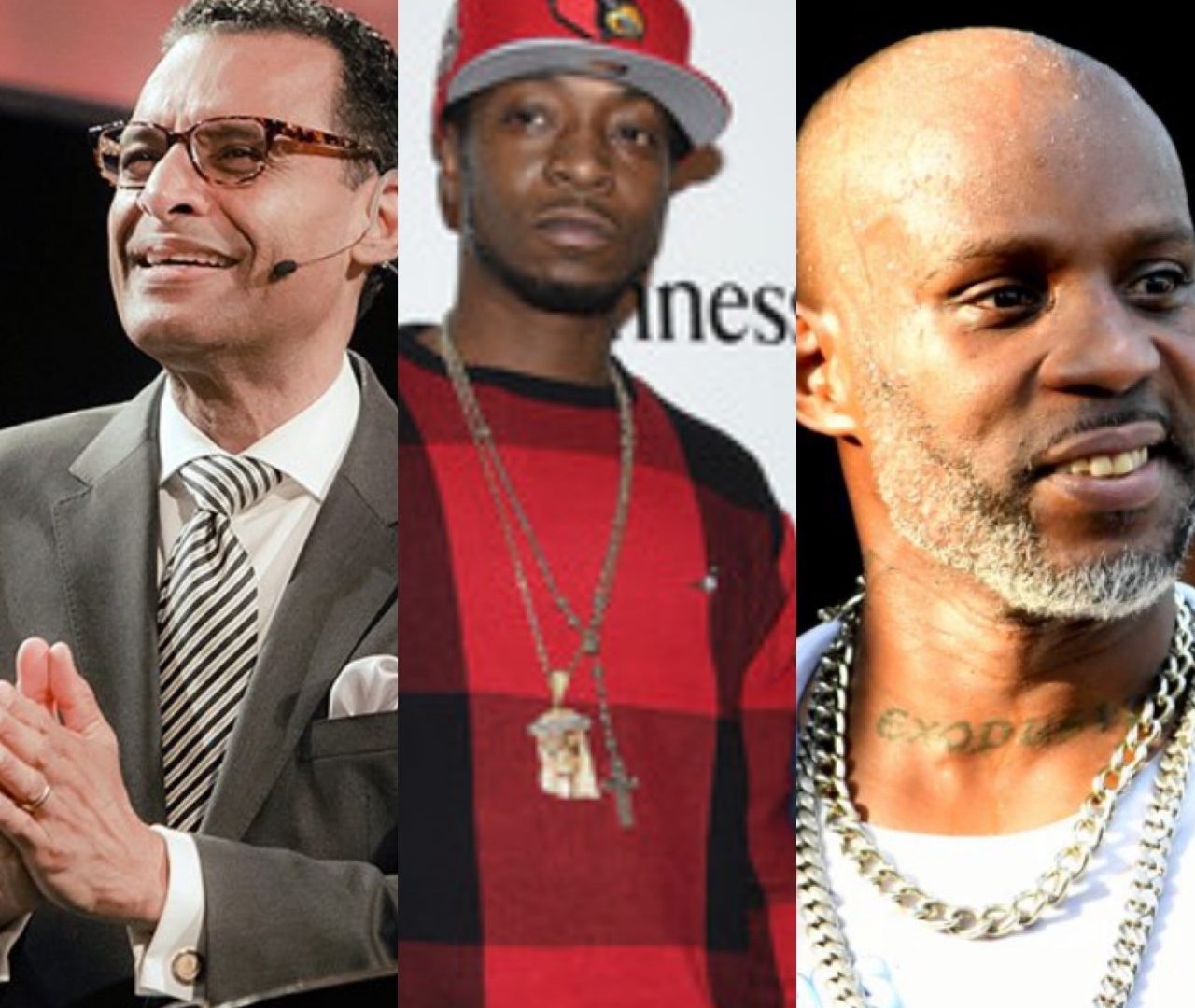 Bishop A.R. Bernard stepped to the mic to address a rapper by the name of, “Jungle” at DMX’s funeral. The rapper was upset saying that he was kicked off...
by Zach Freeman April 26, 2021 268 Views

Bishop A.R. Bernard stepped to the mic to address a rapper by the name of, “Jungle” at DMX’s funeral. The rapper was upset saying that he was kicked off the program to speak so he took it upon himself to walk up to the mic without permission.

Bishop Bernard came to mic and told the rapper he had “disrespected his house”. Jungle continued to try to make his point and Bishop Bernard was not hearing it. Eventually, the rappers mic was turned off and he was seen being escorted back to his seat or maybe out the door.

Some were upset and had this to say:

A pastor has been slammed for reacting strongly when DMX’s funeral service he was leading was interrupted by the late rapper’s friend Jungle. Jungle grabbed the microphone and began speaking about his relationship with the late rapper. Reportedly, the two have known each other for a long time. Jungle got about two minutes through his eulogy before the pastor, AR Bernard, interrupted him, first saying ‘excuse me brother’. A clearly agitated Jungle then began to look around, before he turned to Bernard on his right.

“You’ve disrespected my house, regardless of how good you think what you have to say is,” Bernard told Jungle, “God bless you my brother”, repeating the phrase several times as Jungle storms off the stage. The exchange was condemned on social media, with many slamming Bernard for the way he treated Jungle.

The drama at Brooklyn’s Christian Cultural Center caught the eye of many viewers. It also raised the question — who is Bernard? That’s what we looked into, and you’d be surprised he is no stranger to the spotlight.

Who is AR Bernard?

Alfonso Bernard is best known as the pastor of the Christian Cultural Center Megachurch in Brooklyn, New York. His story is quite interesting. He was born in 1953 to a Black mother and a Spaniard father. “The day my mother brought me out of the hospital, my father denied me,” he told Charisma News. In 1957, after attempts at reconciliation, Bernard’s mother decided to start afresh. With help from family, she moved to New York with her son. Bernard attended Grover Cleveland High School, and also reportedly worked in the garment district pushing racks after school.https://a5ad862881fb256aab847fa59c8e3b30.safeframe.googlesyndication.com/safeframe/1-0-38/html/container.html#xpc=sf-gdn-exp-4&p=https%3A//meaww.com

After school, Bernard began a highly successful career in banking. He got married in the early 1970s while navigating his banking career. Then, in 1979, he decided to quit. He and Karen initially started a Bible study group, which later turned into the Household of Faith Ministries, before being rebranded as the Christian Life Center and eventually the Christian Cultural Centre (CCC). Karen and Bernard have been married for nearly 50 years, and the couple has seven sons, according to the CCC website.