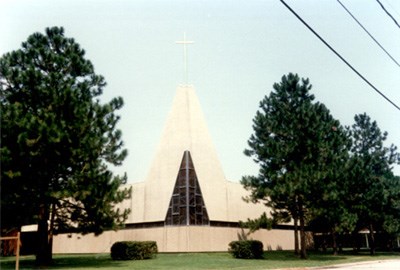 A normal Sunday church service ended with a heated confrontation between parents and the pastor at St. Matthews First United Methodist Church. St. Matthews voted to abruptly shutdown the...
by Zach Freeman February 8, 2021

A normal Sunday church service ended with a heated confrontation between parents and the pastor at St. Matthews First United Methodist Church.

The congregation at St. Matthew’s was noticeably larger Sunday, but not with happy churchgoers.

“We sat very respectfully during the service, but we decided to of course wait until we had an opportunity to speak to him,” said Claire Abide. “Not only is it the middle of a school year, we’re in the middle of a pandemic. There’s no where for us to go.”

Todd Palmer is member of the Early Learning Center’s board which was only just formed this year. He’s also a parent with children who attend the school.

“It was disappointing that it was left up to the three ELC board members to try to answer questions that we didn’t have any answers to. It would have been nice to have some sort of church leadership out here,” Palmer said.

“You have my sincere apology, but we cannot say anymore than that,” said Barnes.

FOX 8 received a statement from the church saying, “The governance board of St. Matthews voted unanimously Thursday night to permanently close the early learning center. While I know you want answers, this is a personnel-related matter, and because of that, information related to personnel and issues of employment must remain confidential. I can assure you this closure is not the result of any activity involving children who have attended the ELC past or present.”

Barnes also apologized for teachers and parents not being given notice ahead of the closure, and ended the statement saying “as further decisions are made, we will communicate them promptly.”

But Palmer and others say they’re not buying it.

“If you have an issue with any personnel, you have the right to let them go for any reason whether it’s unfounded or not. You don’t shut down an entire school with 150 children and 40 plus staff,” said Barnes.

“God shall not abandon us, and that’s exactly what they did to us, and it’s just disgustingly hypocritical,” said Abide.

Parents and teachers were told they could come back Sunday afternoon to retrieve their belongings from the school.

Palmer says there has been an outpouring of support on social media from other day cares and pre-schools who say they are trying to find room for their kids and are willing to even take on extra teachers who now need a job.