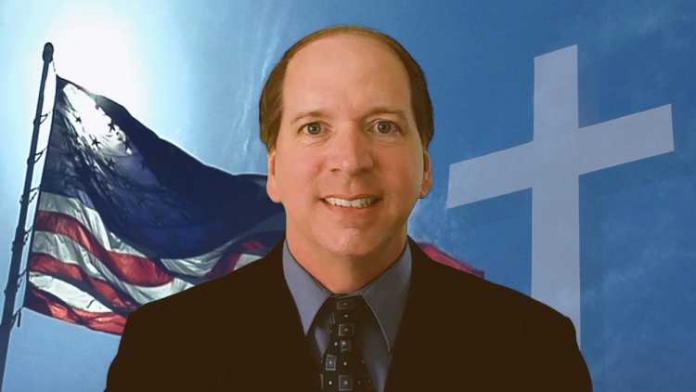 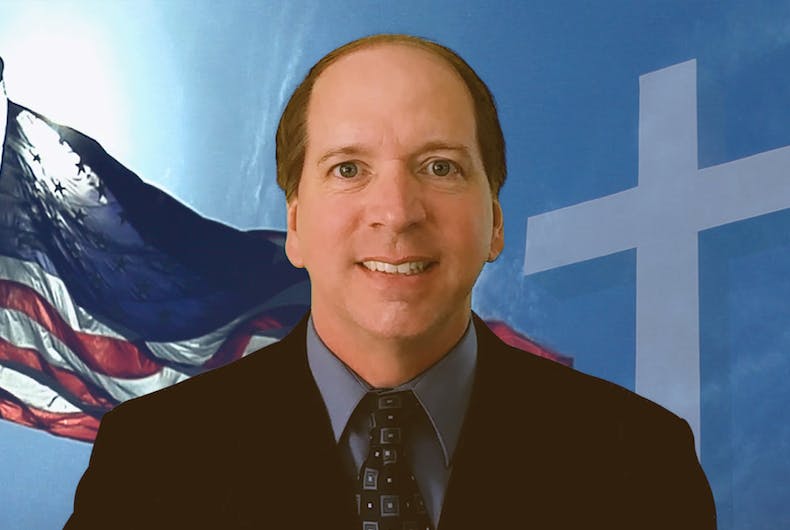 Steven Andrew, known by the nickname “Pastor Jazz Hands” thanks to blogger Joe Jervis, has claimed that anyone supporting or “following” President-elect Joe Biden is cursed, and in allegiance to the devil.

” If you want to be cursed, then go ahead and support Joe Biden and the devil,” Andrew said in a recent video sermon.

Andrew  posted to his website usa.church and shared by Right Wing Watch, over his belief that President Donald Trump is the true recipient of “God’s will.”

Andrew’s evidence to support his claim is that Trump “boldly says ‘In God We Trust’ and plays ‘God Bless The USA’,” citing the 1984 song made by country musician Lee Greenwood. According to Andrew, Joe Biden wouldn’t do the same.

Andrew further claimed that Trump is “wise,” “helps the economy recover,” and the combination of these two attributes “helps the poor people.”

“So God’s will is for President Trump,” he said. “On the other hand, we see Joe Biden and the Democrats. They removed God from the Pledge Of Allegiance. That means the people following Joe Biden are cursed.

Andrew is the pastor of the USA Christian Ministries that he claims serves “80 millions people”, and the self-proclaimed leader of the “American Christian Denomination.” Both appear to be his self-creations, that only involve him. As an author, he wrote a book entitled The Greatest President in 2019, which declared that God has made us “Safe, Strong, and Prosperous” under Trump presidency.

Andrew believes that the coronavirus pandemic is the fault of LGBTQ people, and it will only stop if such people give up activities of “sin.”

“…the Bible teaches homosexuals lose their souls and God destroys LGBT societies,” he raved at the time, “…God protect the USA from danger as the country repents of LGBT, false gods, abortion and other sins.”

Further, he surmised that God wanted “to deliver the USA from coronavirus by Easter as President Trump hoped,” but because of “false gods and… LGBT sin.” he couldn’t.