An eviction notice filed by Celebration Church against its founding pastors, Stovall and Kerri Weems, was delivered Tuesday morning to the home where the couple has been living on the Nassau... 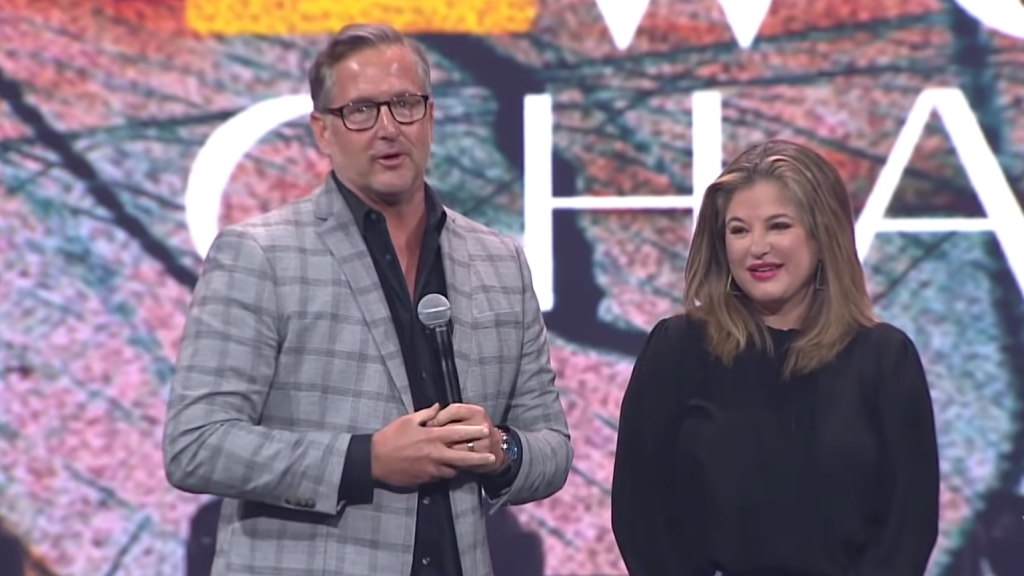 An eviction notice filed by Celebration Church against its founding pastors, Stovall and Kerri Weems, was delivered Tuesday morning to the home where the couple has been living on the Nassau River.

Court records show Stovall Weems was served the notice at 10:56 a.m. Tuesday at the Shellcracker Road home and also accepted the notice against Kerri Weems at the same time.

The church owns the Shellcracker Road property in the Black Hammock Island area of Duval County and said the Weemses do not have any authority to live there anymore since Stovall Weems resigned his positions with the church on April 15 amid a legal battle that includes allegations of financial misconduct, spiritual abuse and defamation.

Court documents show the Weems’ have five business days to respond to the eviction notice.

n an eviction notice dated April 26, an attorney for Celebration Church also said the Weemses have been storing taxidermy and other personal items at the church’s Regency location and those items needed to be removed by the end of May.

Celebration Church is seeking damages up to $30,000. It said it’s entitled to rent for the period of April 15, when Weems resigned from the church, until the day the Shellcracker property is vacated.

The church hired an attorney to do an internal investigation and the findings were released in April 2022. It said Weems Group, LLC, of which Stovall Weems is the sole member and manager, purchased the home in February 2021 for $855,000.

Weems filed a defamation suit against Celebration Church in late May. The Shellcracker property was addressed in the suit. It said the property was a retirement home for Weems and was never intended to be parsonage. Weems said he spent more than $458,000 to make repairs and improvements.

The defamation suit said Weems, church trustees and the church attorney began putting a retirement package together for him and as part of that, the property was going to be given to Celebration Global, Weems’ missional non-profit, as a gift.

“This was very clear, in writing, and was agreed upon by all parties,” Weems’ defamation suit said. The suit said the church’s internal investigative report omitted a lot of these details.

The church’s internal investigation said Weems made several questionable financial transactions without board knowledge. It also accused him of misusing government Paycheck Protection Program funds, which Weems has repeatedly denied.