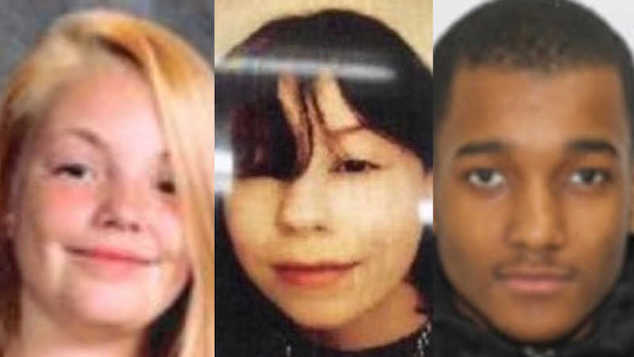 Teens Ran Away On Thanksgiving And One Has Been Found Dead

Kathryn McGuire | CREDIT: PAINESVILLE POLICE DEPARTMENT One of two missing Ohio teens has been found dead in Nevada, days after her friend was discovered alive in California. Kathryn McGuire,...
by Zach Freeman December 15, 2020

One of two missing Ohio teens has been found dead in Nevada, days after her friend was discovered alive in California.

Kathryn McGuire, 15, was brought to a local hospital in Henderson, Nevada, on Tuesday, Dec. 8, where she was pronounced dead, according to the Painesville Police Department. McGuire and her friend Haylie Vance, 15, ran away together from their Painesville, Ohio, homes on Thanksgiving, Thursday, Nov. 26, police believe.

Vance was found alive by the Long Beach California Police Department on Friday, Dec. 4. She confirmed to authorities that “she and McGuire had voluntarily left the state of Ohio with their friend [Aaron] Larkin and all three of them had been in California for at least six days,” Painesville police said.

Also reported missing was 19-year-old Aaron Larkin, who was with McGuire in Nevada, according to police. He has been detained pending an investigation by the Henderson Police Department.

After receiving the missing persons reports in late November, police said they, along with “multiple local law enforcements and the U.S. Marshals Service all follow[ed] many different leads, tirelessly trying to locate the whereabouts of the three missing persons.”

Anyone with information related to the ongoing investigation is encouraged to contact the Painesville Police Department at 440-392-5840.