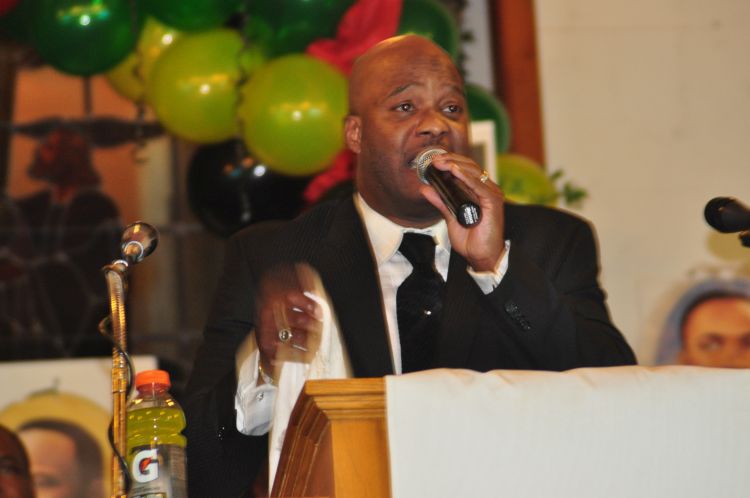 Truitt claims Hendricks told him to vacate the pulpit because he was trespassing.

Deputies charged him with trespassing and disorderly conduct, and he posted $150 bond at county jail.

Hendricks served a similar letter on Levingston in March, and Associate Judge Julie Katz found it invalid in April.

St. Clair County Sheriff Rick Watson did not respond to requests for comments on either occasion.

On the first occasion, Hendricks initiated service of process without an active case on file.

In a box on the service sheet for case number, Hendricks wrote “Levingston.”

Hendricks tried four days in a row to serve the letter on Levingston, who refused it.

Hendricks served it on Sunday, March 21, still without a case on file.

Church goer Mitchell sued for an emergency restraining order against Levingston on March 22, seeking to enforce the letter.

She attached a document she called an affidavit, without a date, a witness, or an oath, stating Levingston threatened to bring a gun to Palm Sunday service.

On the strength of that statement, Katz entered an emergency order on March 26.

Deputies served it on Levingston with lights and sirens as he drove toward church.

They didn’t look for a gun.

On March 31, attorney Van-Lear Eckert of Belleville entered an appearance for Mitchell and amended the complaint.

He didn’t allege a gun threat, claiming only that Levingston threatened members.

On April 5, Truitt moved to dismiss the complaint.

Katz held a hearing on April 7, and decided to hold trial that afternoon.

Katz set trial to resume in a week, and she left the restraining order against Levingston in place.

Richmond’s mother died in June, and Levingston planned a funeral on June 26.

According to Truitt’s complaint, Levingston’s opponents called a meeting that would start while Levingston prayed at the grave.

Conner and a security team hired by the church allegedly tried to stop the meeting and usher the defendants from the church.

“Officer Hendricks forced deacon Conner to allow the meeting by telling the security and the 911 dispatch that the defendants could have their meeting,” Truitt wrote in the complaint.

The complaint also states that the organist tried to call 911, but Hendricks called the dispatcher on his radio and said everything was okay.

An alleged illegal vote was taken to remove Levingston.

Hendricks returned on June 27, a Sunday, and a deputy handed him the termination letter.

Hendricks asked him to leave immediately, and Levingston continued to preach, the complaint says.

Truitt wrote that Levingston continued to preach as Hendricks led him out.

Her request for relief included an order for defendants to refrain from involving the sheriff’s office and its personnel.

Katz held a conference on June 29, and ruled that Levingston could continue as pastor until she determines whether Mt. Zion’s bylaws were followed.