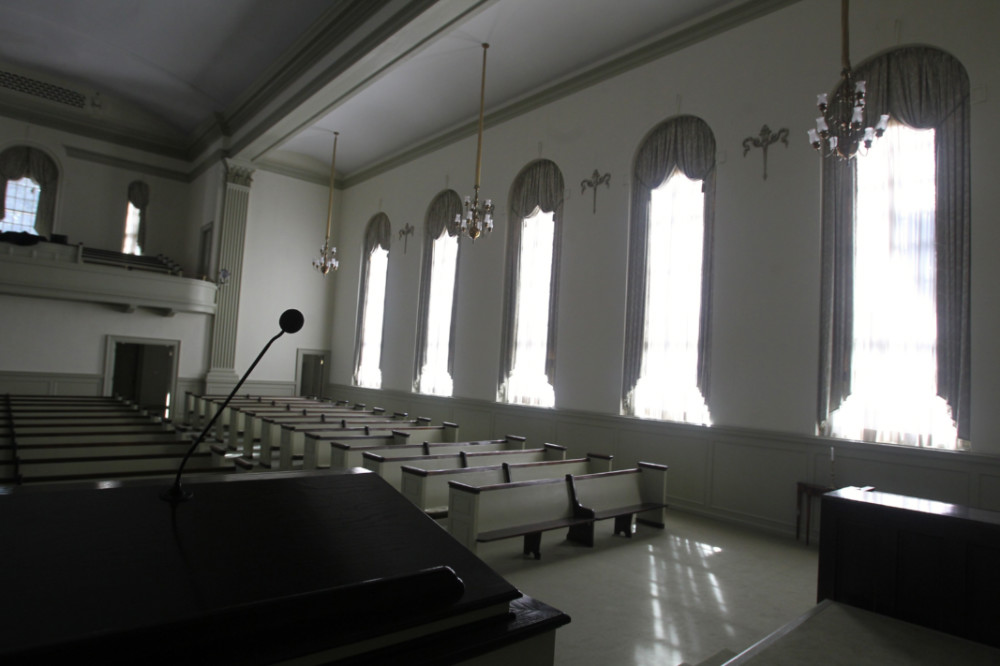 Jeff Weddle, a 46-year-old, wise-cracking, self-deprecating, Bible-loving, self-described “failing pastor” from Wisconsin, already was thinking of leaving the ministry before COVID and the 2020 election. He was, as he...
by Zach Freeman May 12, 2021

Jeff Weddle, a 46-year-old, wise-cracking, self-deprecating, Bible-loving, self-described “failing pastor” from Wisconsin, already was thinking of leaving the ministry before COVID and the 2020 election.

He was, as he put it, fed up with church life after two decades as a pastor.

Then, what he called “the stupid”—feuds about politics and the pandemic—put him over the edge. People at church seemed more concerned about the latest social media dustup and online conspiracy theories—one church member called him the antichrist for his views on COVID—than in learning about the Bible.

Sunday mornings had become filled with dread over what could go wrong next.

He eventually decided, “I don’t need this anymore.” Weddle stepped down as pastor, walked out the door and hasn’t looked back.

The last 18 months or so have been difficult for pastors like Weddle. Already stretched with the day-to-day concerns of running a congregation at a time when organized religion is on the decline, they’ve increasingly found that the divides facing the nation have made their way inside the walls of the church.

Clergy also felt a sense of isolation, cut off from contact with their congregations and unable to do the kind of in-person ministry that drew them to the pastorate. Instead of preaching and visiting the sick, they had to become video producers and online content creators.

Chuck DeGroat, professor of counseling and Christian spirituality at Western Theological Seminary in Holland, Michigan, said pastors have long had to mediate disputes over theology or church practice, like the role of women in the church or the so-called “worship wars” of recent decades. They now face added stresses from the pandemic and polarization, with people willing to leave their churches over mask policies or discussions of race.

“I’m hearing from pastors that they just don’t know what to do,” he said.

A ‘crucible’ for pastors

A recent survey of Protestant pastors by the research firm Barna Group found that 29 percent said they had given “real, serious consideration to quitting being in full-time ministry within the last year.”

David Kinnaman, president of Barna, said the past year has been a “crucible” for pastors. Churches have become fragmented by political and social divides. They have also become frayed, as “people’s connectedness to local congregations is waning.

“The pandemic was a great revealer of the challenges churches face,” said Kinnaman.

Kerri Parker, executive director of the Wisconsin Council of Churches, whose member organizations include about 2,000 churches and a million Christians, has been concerned about the stresses clergy have been under since 2020.

Last summer, the council surveyed clergy and found about a quarter said they were considering retiring or leaving the pastorate due to the stresses of ministry during COVID.

In a recent follow-up survey, said Parker, about a third of respondents said they were considering their options or thinking about leaving.

Parker said unlike past crises, like floods, tornadoes or other disasters, pastors won’t be able to escape the fallout from COVID-19 once the pandemic is over. If there’s a flood, she said, a pastor could stay at their church, help them clean up and rebuild and then at some point move to another church that hadn’t been through that disaster.

But COVID affected everyone.

For Brandon Cox, serving as a pastor had been a joy until last year.

In 2011, Cox and his wife, Angie, had started a new church in Bentonville, Ark., called Grace Hills. Cox described Grace Hills as a “Celebrate Recovery”-style congregation, inspired by the support group ministry founded at Saddleback Church in Southern California, where Cox once worked.

The trifecta of the COVID-19 pandemic, the 2020 election and the racial reckoning in response to the death of George Floyd hit like a “wrecking ball.”

Grace Hills shut down in-person worship at the beginning of the pandemic, which prompted people to leave. More left when the church reopened and required masks. When Cox and a Black pastor preached a Sunday sermon together after Floyd’s death and said that yes, Black lives matter, that caused more turmoil. No matter what Cox did, someone was angry.

“It was sort of relentless,” said Cox, who stepped down as pastor at Grace Hill at the end of April. “My wife and I just found ourselves in the place of exhaustion.”

Cox talked to RNS nine days after his last Sunday as a pastor and said he hasn’t given up on Christianity. He hopes to find a new church to attend in the coming months. But pastoral ministry is no longer for him.

Leaving the ministry has challenges. After 24 years in vocational ministry, Cox felt he didn’t have many career options. For now, he plans to work for a local real estate company.

“I kept telling people, ‘You’d be amazed how many jobs you’re not qualified for,’” said Cox.

Even before COVID, the demands of the job wore on many clergy.

Emily Reeves Grammer served as pastor of several United Methodist congregations in the Nashville area for a decade before leaving the pastorate in 2019. Grammer, who has two children, said balancing the demands of ministry and family life proved daunting.

Grammer, age 36, said she loved being a pastor. But she worried about the long-term sustainability of her calling to be a pastor, given that the United Methodist Church seems headed for a schism.

“I am really concerned about the ability of a lot of United Methodist churches to keep supporting full-time clergy people,” she said.

While thinking about the future, she talked with older pastors who felt it was too late for them to change careers. The advice she got was this: If you are going to leave, do it now. So she resigned from her church and went back to school to become an English teacher.

“What I love most about being a pastor is gathering people together around a text and making meaning together out of that text,” she said. Teaching literature, she said, will allow her to do the same thing.

COVID takes a toll, even on the connected

Charlie Cotherman, pastor of Oil City Vineyard Church in rural Pennsylvania, said that, in his part of the world, pastors who had strong denominational ties and relationships to draw on may have weathered the pandemic better than pastors who were on their own.

Cotherman, who directs the Rural Ministry Project at Grove City College, said most of the pastors he works with have done pretty well during the pandemic. Some had the advantage of being in small communities with low COVID infection rates, so they were able to return to in-person services quickly.

Still, he said, COVID has taken a toll. In some churches, members, especially families, left when services went online and just haven’t come back.

“Some of these small churches in rural areas have a couple of young families,” he said. “For them to lose even one of them has been a really tough thing.”

Before he left the ministry, Weddle began a blog at FailingPastor.com, detailing some of his concerns about the ministry. Weddle said he gave the ministry his best for 21 years. But being a pastor proved an almost impossible task.

“Ultimately, you want people to grow in Christ—to be caring, making sense of the Bible and applying it to their life,” he said. “And, you know, for thousands of years it’s been very difficult to get people to do that. So, the job is inherently frustrating.”

Leaving the ministry has been a relief.

“I’ve been going to church,” he wrote recently. “I don’t have to do anything at a church for the first time in 21 years. I don’t have to worry about who isn’t there, or why, or who will be mad next. I don’t have to have regrets all afternoon and evening about how I messed up my sermon.”