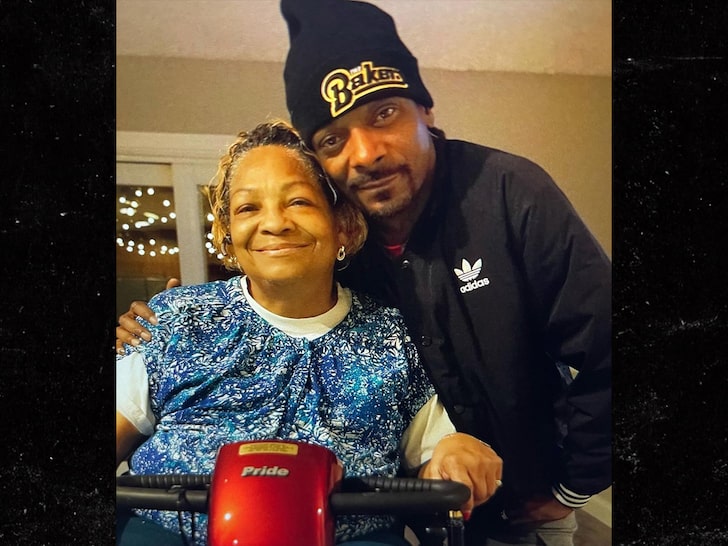 Snoop Dogg‘s mother, Beverly Tate, has died … this according to her own son.

The rapper broke the news Sunday, posting a tribute to her on Instagram and writing … “Thank u god for giving me an angel 🕊 for a mother 💖🙏🏽🌹💝 TWMA.” There’s another post where he thanks his mom for having him. A cause of death wasn’t revealed.

SD’s father, Vernell, also confirmed the news … and he too asked for prayers, noting the family needed it now more than ever.

Ms. Tate had been hospitalized earlier this year for undisclosed reasons — Snoop had asked his fans send good vibes while his mother was in the hospital. He later updated folks by letting them know she was “still fighting” and had opened her eyes … but didn’t mention much else specifically.

Clearly, they were close. Snoop attributes a lot of his good qualities to how she raised him — even recently disclosing that she was the one who encouraged him to apologize to Gayle King over his comments in response to her Kobe Bryant remark last year.

Beverly had two other sons by Vernell … and raised the family in Long Beach, CA. She brought Snoop up in a church environment — something he still alludes to this day.