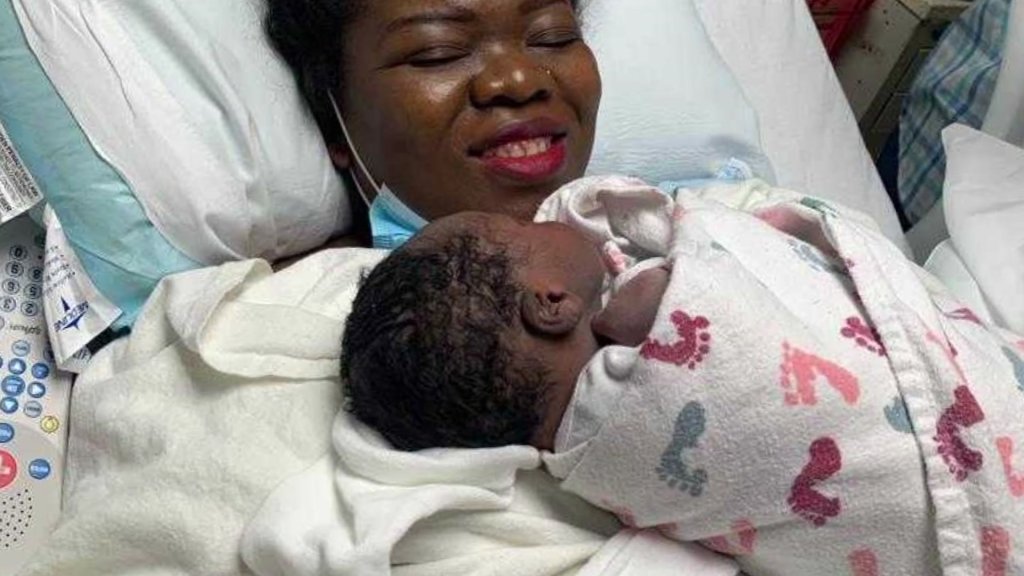 A pregnant woman shot while leaving a church in Northeast Dallas, an innocent victim of a brazen shootout, is giving thanks for her God-given miracle Marvelous. Victoria Omisore, nine...
by Zach Freeman June 10, 2021 288 Views

A pregnant woman shot while leaving a church in Northeast Dallas, an innocent victim of a brazen shootout, is giving thanks for her God-given miracle Marvelous.

Victoria Omisore, nine months pregnant and due any day, was among the crowd spilling into a busy parking lot outside Praise Embassy Church on May 30 when two men began shooting at each other.

“I just felt my left side. Something was cold and I felt this sharp movement of the baby just to [the] side,” Omisore said, recalling that she began rubbing her belly and praying, thinking her water broke. “I just felt the blood gushing out.”

Omisore, who moved to North Texas four years ago from Nigeria for a better, safer life, had been shot in the stomach. Somehow she managed to pull her daughters and two other children to safety as she dialed 911 and told the dispatcher that she thought she was dying.

She was rushed to a hospital where doctors confirmed the bullet narrowly missed her child and struck her in the pelvis. Soon after she gave birth to a healthy baby boy who was born weighing 6 pounds, 8 ounces, and 19 inches long.

A name already being considered for the boy seemed perfect now, she recalled.

“What God did for me that day is, oh my goodness, indeed God is marvelous,” Omisore said.

Welcome to the world, Marvelous.

“God gives me the grace to see him alive. Because what happened that day, I don’t know? I was thinking maybe, he’s gone,” Omisore recalled.

Those who would like to help with Marvelous’ care are asked to contact Omisore’s church, Praise Embassy, at 214-643-9215. Donations can be dropped off directly at the church.

Dallas police, meanwhile, are still looking for the men involved in the gun battle. Police said one of them left the scene in a black Ford Focus while the other left in a champagne-colored Nissan.

Anyone with information regarding the shooting is encouraged to contact Detective Leland Limbaugh at 469-849-3758 or leland.limbaugh@dallascityhall.com. Please refer to case number 095091-2021.