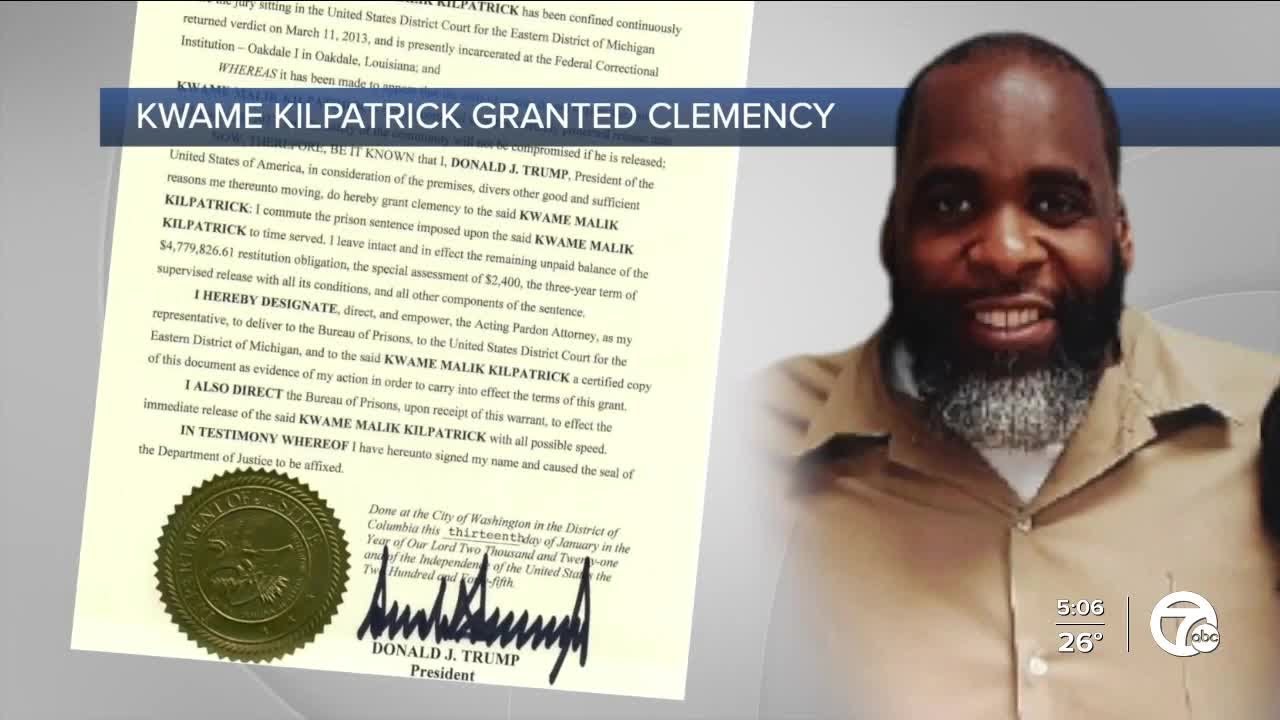 “I’m so happy, as his pastor, to be able to say that he developed a sincere relationship with the Lord. He’s a minister now. He was leading worship services in the prison,” Sheard said of Kwame.

In 2013, Kilpatrick was sentenced to 28 years in federal prison after he was convicted of racketeering, mail fraud, wire fraud and more charges.

Kilpatrick will soon be a free man after serving seven years of his 28-year sentence.

“I think that most everybody ought to be able to say about the religious communities that we are people not just of faith, but we’re people of mercy; we’re people of grace,” Ellis said.

Ellis said he thought Trump would have made his decision during the election season.

“I was kind of surprised because I thought that it would might come trying to get votes as opposed to after (his) defeat,’ he said.

Jazmine Sullivan Will Sing The National Anthem And H.E.R. Will Sing America The Beautiful At Super Bowl LV February 7th