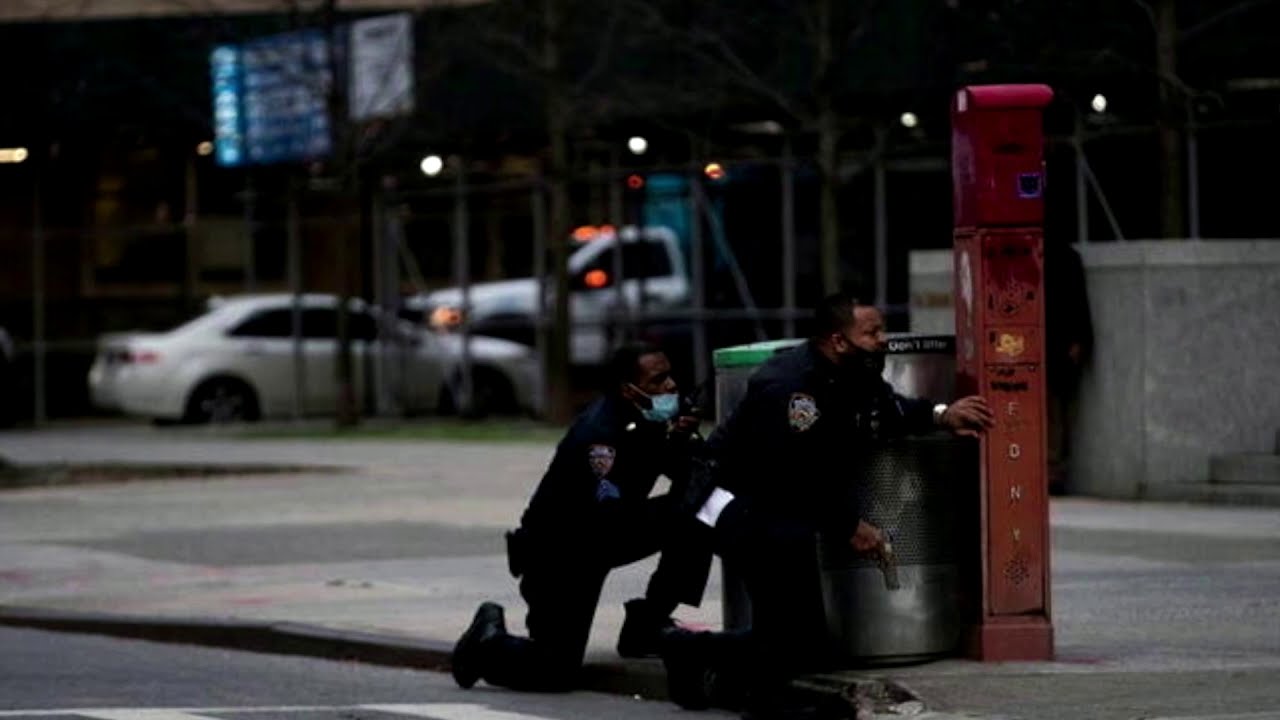 Police Kill Gunman On The Front Steps Of The Church

The moment a crazed gunman was shot to death on the steps of an NYC church was captured on camera — and the video is absolutely intense. NYPD officers...
by Crystal Smith December 14, 2020

The moment a crazed gunman was shot to death on the steps of an NYC church was captured on camera — and the video is absolutely intense.

NYPD officers rushed to St. John the Divine Cathedral Sunday in Harlem, responding to reports of a guy opening fire into the air at an outdoor concert. Fortunately, nobody was hurt and folks were able to either escape outright or take cover inside the cathedral — but it quickly led to a tense standoff right out front.

A man across the street recorded the fatal moment the gunman was struck by a bullet, which took him down. Prior to that though, he repeatedly dodged several shots from cops by taking cover behind a pillar at the cathedral’s front doors.

You can hear cops demanding he drop his gun and surrender … and at one point the guy screams “kill me” multiple times. NYPD says he was hit in the head, and later pronounced dead at a hospital.

The gunman was the only reported casualty or injury.Play video content

A ton of folks who’d taken shelter inside were safely evacuated — and you can tell they’re all rattled. So far, there’s no suspected motive for the attempted shooting … the only thing cops are saying is he came armed with multiple firearms — including semi-automatic weapons — some knives, rope, gasoline, wire and a bible in his backpack.