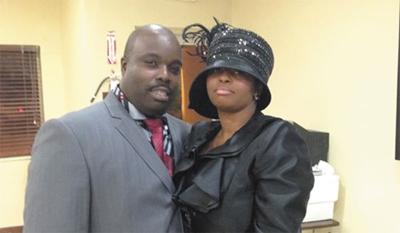 A Miami Gardens pastor who filed a $50 million lawsuit against WPLG-TV in 2017, claiming a story broadcast about him ruined his reputation, has filed an appeal and lost....
by Zach Freeman April 16, 2021

A Miami Gardens pastor who filed a $50 million lawsuit against WPLG-TV in 2017, claiming a story broadcast about him ruined his reputation, has filed an appeal and lost.

Now two courts have said that the reporting was accurate.

We have been trying to talk to Readon about his business practices since early 2017, but he refused to talk.

Instead, after several stories aired in 2017, he first filed a $12 million lawsuit against WPLG, then amended it, suing us for $50 million for defamation claiming our investigate reports ruined his reputation.

For 4 years, Local 10 has been in and out of court. Last year, Readon’s case against us was dismissed with prejudice. In the legal world that means dismissed permanently.

The judge found no actual malice saying we reported “true facts,” but Readon appealed. The Third District Court of Appeal has now rendered its opinion.

“The appellate court agreed with us that what we had reported about Mr. Readon was true,” Karen Kammer, WPLG Inc.’s attorney, said.

As we reported, Readon was court ordered to pay Lorenzo Johnson $9,000 plus interest after Readon allegedly stole a check out of Johnson’s daycare office, forged it and deposited it.

We talked to Johnson in 2017. “Are you telling me that Pastor Eric Readon who preaches to the Lord every Sunday stole this check and forged it?”

Johnson got paid back.

In another case, Readon was ordered to pay $3,000 plus interest to Latasha Blue for failing to deliver a car he was allegedly selling her. Blue said despite the judgement, she hasn’t been paid.

Then there was 70-year-old Edward Fuller who claimed that Pastor Readon, through his non-profit organization, made himself a contractor on a house Fuller was building.

Fuller claims Readon persuaded him to sign over the deed to the house temporarily so they could get loans. Fuller says Readon then sold that house for $380,000 without telling him and not giving him a red cent.

“I promise you, you gonna get your house back,” Fuller said. “That is what he told me.”

We asked Fuller if he was more trusting of Readon because he was a pastor. Fuller’s response? “Most definitely, yes.”

Readon bounced several rent checks on a Miami Lakes house he was renting.

Other people told us they gave Readon cash deposits to rent homes, buy cars. They loaned him cash for church events. When things fell through and they demanded refunds, Readon would call them up and say:

“You think you can come after me? You don’t know who you are dealing with,” people we spoke with in 2017 told us.

One person said he told them he was coming after them and their job.

Florida Church In Shock: Pastor Has Been Busted For Human Sex Trafficking