Pastor Is Having A Hard Time Coming To Grips After A Member, 16 Drowned On Friday 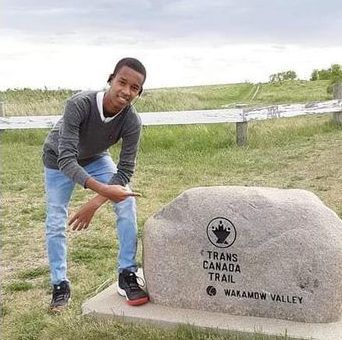 A Moose Jaw youth pastor is coming to terms with the drowning death of one the members of his church, a 16-year-old boy who came to Canada three years ago.

A Moose Jaw youth pastor is coming to terms with the drowning death of one the members of his church, a 16-year-old boy who came to Canada three years ago from Ethiopia as a refugee with his family.

Getayawkal (Getu) Mamo on Friday went with his friends “to Wakamaw Valley in Moose Jaw and they were just innocently playing in the (Moose Jaw River),” Jeremy MacDonald said.

Except for Mamo, “none of them were strong swimmers,” he said.

Shortly after 5:30 Friday evening, police, EMS and fire crews were on scene, responding to reports the teen had gone underwater.

MacDonald said STARS air ambulance was called, too, flying the 16-year-old to Regina’s General Hospital, because EMS members believed they could feel a pulse on him when they pulled him out of the water.

Mamo was declared dead at the Regina hospital.

“It’s not a treacherous river by any means, which is what makes this very difficult to comprehend,” MacDonald said.

He has heard from police “the terrain of the river bed is quite uneven and it can be muddy. So there’s potential to get stuck in the mud, or you’re walking down in the riverbed and there’s a drop-off.”

MacDonald said Mamo’s death hurts, especially because their families built a friendship over the past three years; MacDonald’s wife works with Mamo’s parents at the Moose Jaw Multi-Cultural Council as they learn English.

He also remembers Mamo for his “kind, respectful” interaction with his son.

“My son is three years old, and we were visiting him in the park. He had two basketballs; he noticed my son was interested in basketball. So he said, ‘Here, here’s one for your son.’ He gave my son one of his basketballs.

“And again he’s a refugee; his (family is) very poor. So it spoke volumes to me about his character and the way he was raised.”

As the boy’s youth pastor at Church of God, MacDonald saw him and his parents on a regular basis, just having baptized him in March.

“For those of us in the church, we know where his eternity is, so we have comfort in that.”

He also drove Mamo’s parents to and from the General Hospital on Friday, accompanying them when doctors told them their son was gone.

Church of God is helping Mamo’s parents with the funeral and its associated costs.

An online fundraising page through GoFundMe has also been started to help with funeral costs; by 5 p.m. Monday the page had raised $11,240 and surpassed its $10,000 goal.