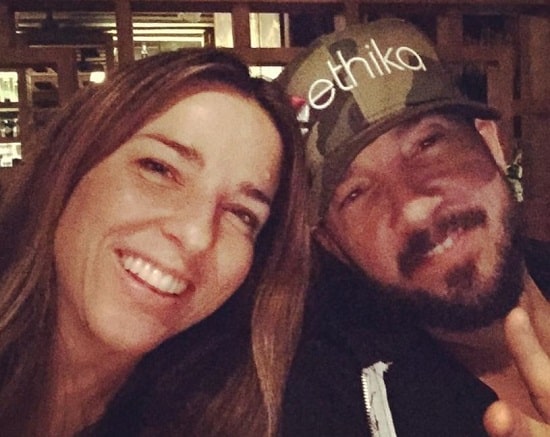 The scandal surrounding Hillsong Church pastor Carl Lentz continues. Just last week, the head of the mega-church’s East coast location (and a former spiritual advisor to Justin Bieber) was fired from his role due to “breaches of trust” and “a recent revelation of moral failures,” according to a statement from the church’s founder, Brian Houston.

Now, news has surfaced that Lentz’s wife, Laura, has also reportedly been fired from her role at Hillsong. The Sun reports multiple sources have confirmed that Laura was let go along with her husband last week. “Laura was fired at the same time as Carl,” one source said. “She, of course, seemed devastated as this was just the cherry on top of this whole ordeal for her.”

“If a married couple both work at the church and one of them is terminated, they both will be fired immediately,” the source continued. “That was their reasoning for having to also get rid of Laura for Carl’s mistakes.” (Neither Laura Lentz nor Hillsong responded to The Sun‘s request for comment, though she can no longer be found on the church’s website.)

Houston did mention Laura in his statement about Carl’s firing last week. “While I have no doubt that this is the right course of action, I must mention Bobbie’s and my personal sadness, as we have known Laura [Lentz’s wife] her entire life and Carl for well over 20 years,” he said. “We thank Pastors Carl and Laura for the way they have served faithfully and sacrificially since the start of Hillsong NYC and for contributing so significantly to the countless lives that have been transformed for Jesus Christ through this ministry. They have a heart for people and we are confident that after a time of rest and restoration, God will use Carl in another way outside of Hillsong Church. In terminating his tenure, we in no way want to diminish the good work he did here.”