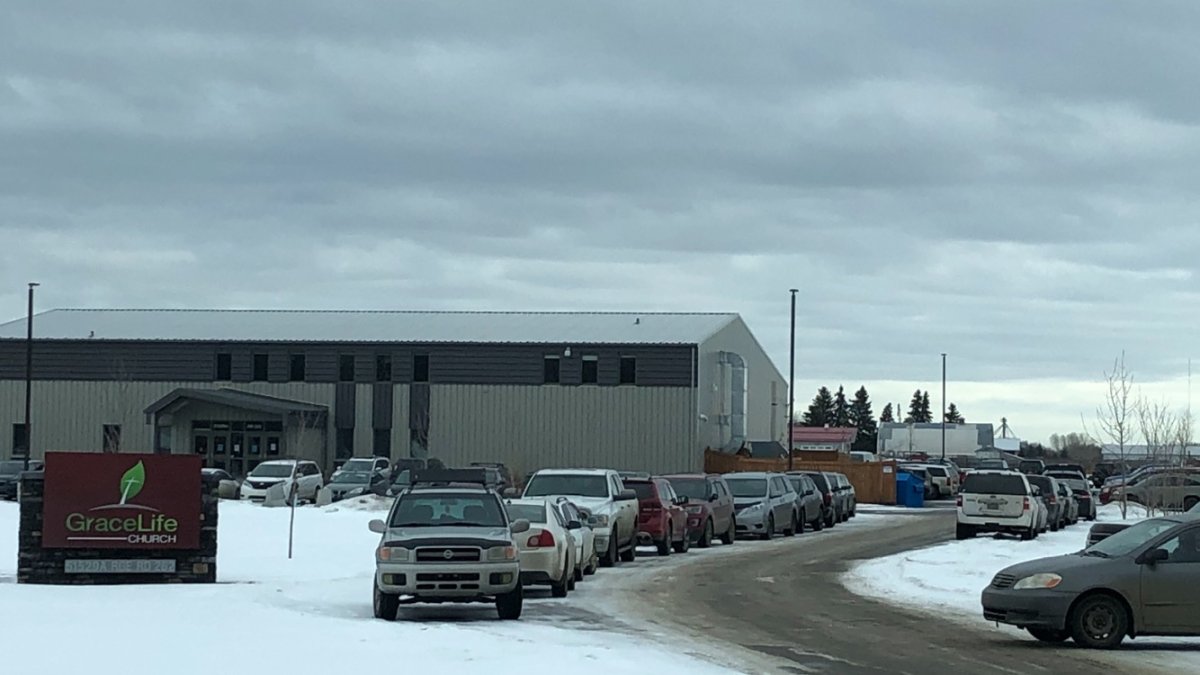 The pastor of an Edmonton-area church that had been holding Sunday services with as many as 300 people has been charged with violating COVID-19 health rules. RCMP say James...
by Zach Freeman February 9, 2021

The pastor of an Edmonton-area church that had been holding Sunday services with as many as 300 people has been charged with violating COVID-19 health rules.

RCMP say James Coates of GraceLife Church is charged with violating one count of the Public Health Act and is to appear in Stony Plain provincial court on March 31.

The church, on Edmonton’s western edge, has been clashing with health authorities for two months over COVID-19 rules and had previously ignored an order to close down.

Faith-based services are currently limited to 15 per cent of capacity and congregants must observe mask and distancing rules.

In the preceding two weeks, the church has held services with 290 and 300 congregants, with video of the services showing no masks.

Mounties said Sunday’s service violated health rules, with attendance double the restricted capacity. They said they didn’t disrupt the service but charged Coates after, noting he “was co-operative.”

“There are many different discussions and considerations at play in relation to the GraceLife Church and their non-compliance,” said RCMP Inspt. Mike Lokken in a news release Monday.

“We have ensured that the church is well aware of the conditions that they need to follow, and they have been afforded repeated opportunities to comply. In collaboration with [Alberta Health Services] we have now followed up with escalated enforcement.”

GraceLife church officials and Coates could not be reached for comment. But on Sunday, the church posted on its website a 1,600-word statement explaining that it does not believe the spread of the virus is a critical public health threat and that the government is using the pandemic to undermine civil rights and freedoms.

“Love for our neighbour demands that we exercise our civil liberties,” reads the statement.

“Churches should open, businesses should open, families and friends should come together around meals, and people should begin to exercise their civil liberties again. Otherwise we may not get them back.”

The letter also notes that the church is following the words of Premier Jason Kenney, who it says has previously downplayed the seriousness of the virus and likened it to influenza.

Kenney, however, has been clear that the novel coronavirus, particularly new variants, are a clear danger that if left unchecked could overwhelm the health system. He has regularly chastised as irresponsible any faith-based organizations and businesses that violate the rules.

Coates, in a video of a Jan. 31 service archived online, told the congregation, “We’re just here to worship our lord and Saviour peacefully — but the world is watching.

“We know that right now there’s a real sense in which heaven is very much aware of this moment, this gathering. If we could even see the angelic realm, we would see that we are protected by a legion of angels.”

Alberta’s economic restriction rules have been in place since mid-December, when surging COVID-19 case numbers put daily infections at 1,800 and the number of those in hospital with the virus at 800. Daily cases are now down to less than 300. On Monday, there were 432 in hospital.

But she said the rules need to be followed.

“There have been recent events in some faith gatherings that indicate some are not taking these measures seriously,” said Hinshaw.

“These measures are mandatory, not optional, and that in Alberta we’ve made great efforts to make sure that faith communities can continue to meet in a safe way.

“Those who are not following current restrictions are breaking the law.”