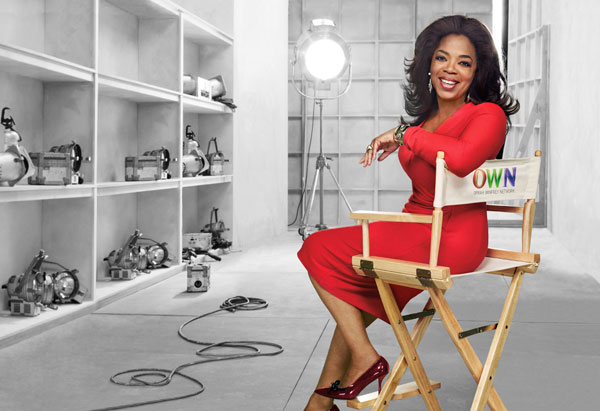 Billionaire media mogul Oprah Winfrey has sold most of her remaining stake in the Oprah Winfrey Network cable channel that she co-founded in 2011 with Discovery Inc. for more than $36...
by Zach Freeman December 24, 2020

Billionaire media mogul Oprah Winfrey has sold most of her remaining stake in the Oprah Winfrey Network cable channel that she co-founded in 2011 with Discovery Inc. for more than $36 million in stock, increasing Discovery’s stake in OWN to 95 percent.

OWN is a joint venture between Oprah’s Harpo Studios and Discovery, which owns Food Network, TLC, HGTV and other channels. Focused on African-American women, OWN is known for “Tyler Perry’s House of Payne”, “The Haves and the Have Nots,” and “Oprah Winfrey’s Master Class.”

Oprah had an agreement with Discovery where she could require the company to purchase part of her interest starting in 2016. Discovery bought a 24.5-percent stake from Oprah in 2017 for $70 million.

That raised Discovery’s ownership to 73 percent, taking into account net debt at the network, the companies said at the time. Oprah has been the CEO of OWN since 2011 and agreed to stay on as CEO. Her exclusivity commitment to the network was extended through 2025, New York Post reported.

When Discovery and Harpo first formed OWN in 2008, each held 50 percent of the company.  The deal included options for Harpo to sell its stake. Since then, Discovery has been increasing its stake in OWN. According to Discovery’s 2008 annual report, Oprah had an agreement that would require Discovery to buy out a portion or all of her stake in OWN by the end of 2020.

Harpo’s current stake represents less than 1 percent of publicly-held Discovery’s Series A common stock, according to Variety. It’s uncertain whether Oprah will sell her remaining 5-percent stake or choose to remain a stakeholder in OWN, a source told Variety.

“The latest deal suggests the value of the business has declined, as smaller cable networks struggle to compete in a streaming world,” Carl Surran reported for Seeking Alpha.