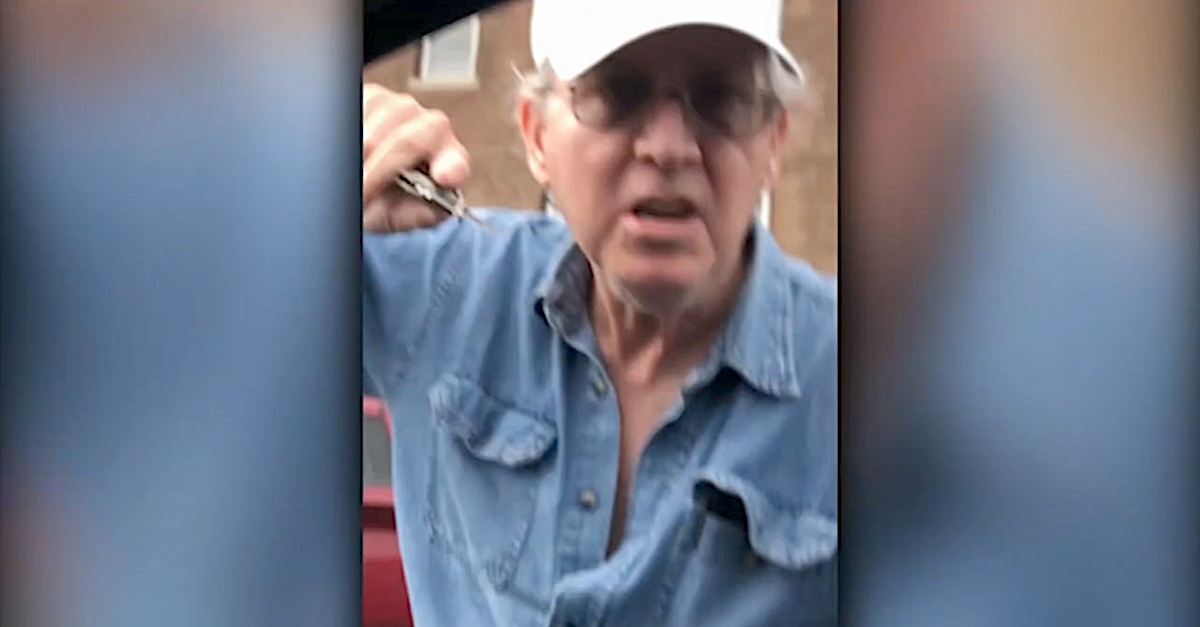 An Orange County man is facing hate crime charges over a road rage incident captured on video over the weekend.

On Tuesday, CBS2’s Kevin Rincon spoke with a local pastor, who said he feared for both his and his son’s life.

Robert McLymore was driving along a busy road in Newburgh on Saturday when he was cut off by a man in a pickup truck.

“I look into my rearview mirror and I see him coming up to the car,” McLymore said.

The man was holding a box cutter that looked very much like a knife.

McLymore said he was headed back to his church with his teenage son to close up. Instead, he pulled into the parking lot of a Chinese restaurant, and started recording some more.

“Nobody would believe me that this happened to me. Nobody. I didn’t believe it myself,” McLymore said.

The man could be heard yelling racial slurs the entire time.