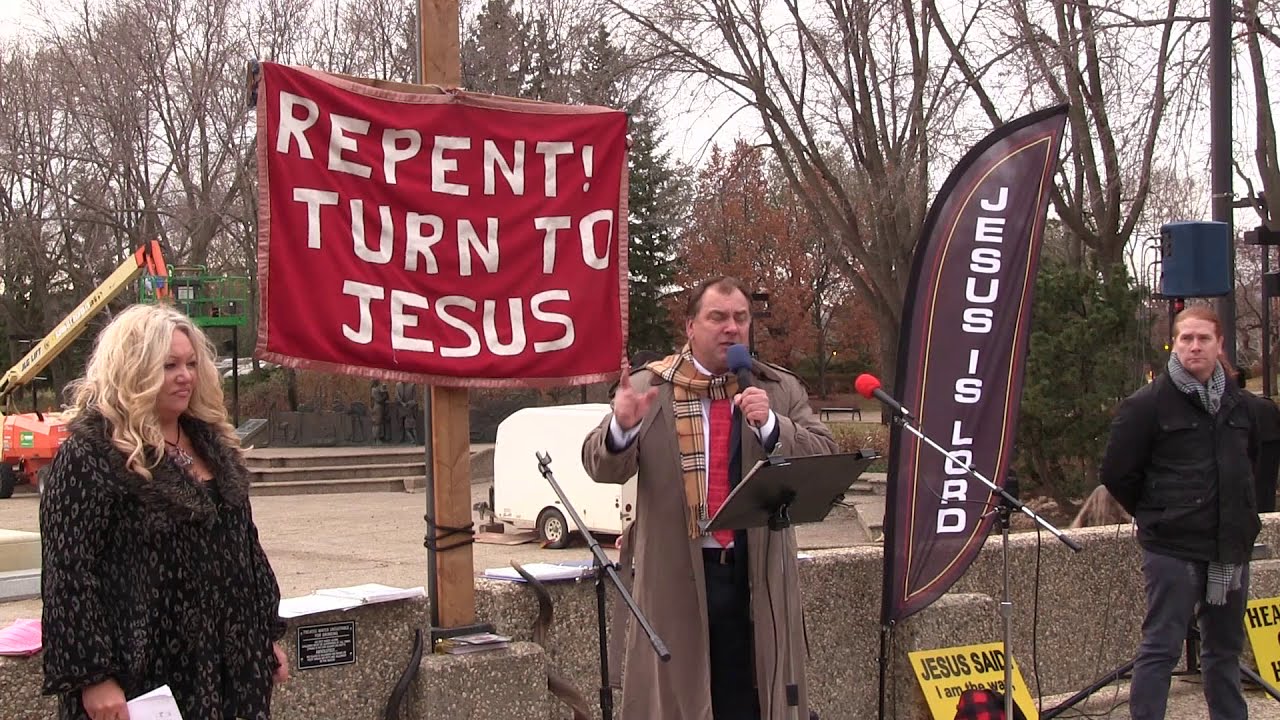 Community members living near Street Church say preacher Artur Pawlowski and his followers have threatened neighbours with violence after speaking out against the congregation’s disregard for public health measures and hateful rhetoric.

Rebecca, who lives on the same block as the church, said Pawlowski and his supporters have been “harassing and threatening” neighbours for weeks.

“We don’t want them in this neighbourhood. It’s a diverse community. It’s a loving community for our neighbours — we care about them — and since (Street Church) got here they haven’t done a single thing to show anything that is Christ-like,” said Rebecca, whose last name Postmedia has agreed to omit due to safety concerns.

“They’re pretty angry with us, recording us, telling us we’re shameful because we were asking them to mask up.”

Neighbours told Postmedia they have been subject to menacing threats of physical violence, warnings of property damage and littering by churchgoers. They also voiced concern about excessive noise and fear of contracting COVID-19.

A group of community members set up camp outside the residence directly next to Street Church on Saturday to stand in solidarity against the “rally to stop church shutdown,” as Pawlowski described it on his Facebook page.

Signs celebrating sexual diversity hung from the balcony of the home and people stood out front with signs that read “Street Church is a Hate Group” and “Love Thy Neighbour.”

When reached by Postmedia, Pawlowski denied the allegations and said neighbours were instead attacking him and his congregation.

“What they’re saying is (an) absolute lie,” he said, calling them “wicked, evil, hateful people.”

He claimed the neighbours were “aggressive” towards the church gathering and police were involved.

In response to existing health restrictions, Pawlowski said his church congregation would not submit to “illegal and unconstitutional laws.”

Calgary police were at the church on Saturday, though it is unclear if any actions were taken against Pawlowski and his supporters. The service did not immediately respond to request for comment from Postmedia.

Neighbours said they have filed a police report regarding the threats.