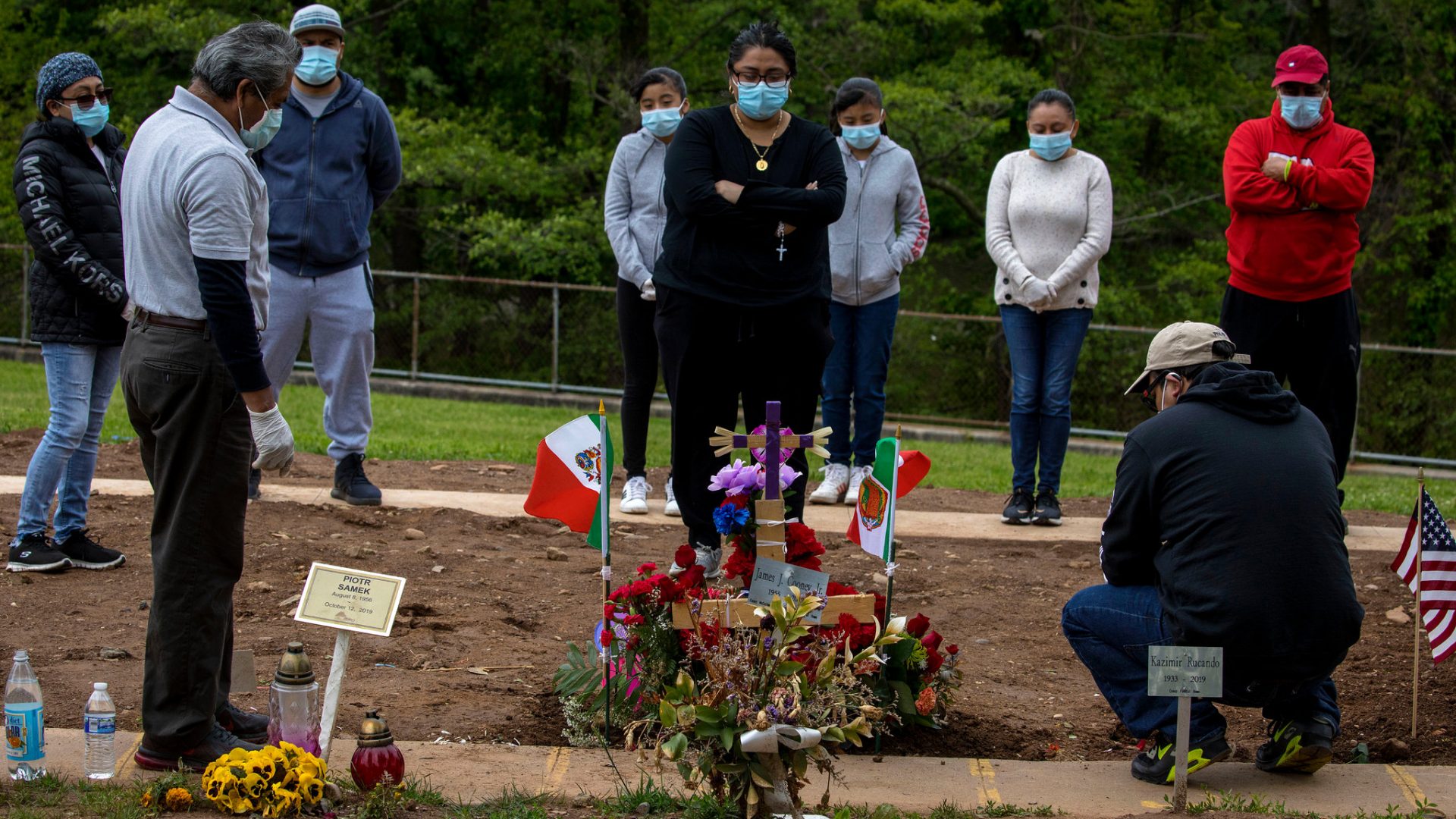 More than 100,000 people have died of Covid-19 in the United States so far this year, according to Johns Hopkins University data.Since January 1, the US reported a total of...
by Crystal Smith February 3, 2021

More than 100,000 people have died of Covid-19 in the United States so far this year, according to Johns Hopkins University data.Since January 1, the US reported a total of 100,317 Covid-19 deaths, bringing the total number of reported deaths in the US since the start of the pandemic to 446,689 by Tuesday evening.

‘The end of the beginning.’ The dark winter is here and Americans see no endThe first Covid-19 related death came on February 29, 2020, in Washington state. Later in the spring, two earlier deaths in California were posthumously confirmed to be of Covid-19.The US has had more Covid-19 deaths than any other country, JHU data shows. Brazil has tallied over 200,000 deaths. Mexico, India and the United Kingdom have all reported over 100,000 deaths.Content by Blue ApronStart your New Year with these Wellness RecipesHome cooking is an amazing vehicle to challenge yourself and try out new things. Blue Apron’s recipes feature techniques for all skill levels.

There are now more vaccinations than reported cases

The number of people who have received at least one dose of the Covid-19 vaccine is now greater thanthe number of US Covid-19 cases reported during the entire pandemic.close dialogCovid-19Your local resource.Set your location and log in to find local resources and information on Covid-19 in your area.Set Location

More than 26.3 million cases have been reported over the past year, according to Johns Hopkins University.And in less than two months, more than 26.4 million doses of vaccine have been administered, according to the Centers for Disease Control and Prevention.

Biden administration announces direct vaccine shipments to pharmaciesBut that doesn’t mean the pandemic is going away. Here’s why:

‘This doesn’t appear to be great news for vaccine efficacy’

While viruses mutate all the time, a few variants in particular are worrying scientists:

Coronavirus strain in UK picks up mutation that could impact vaccines, experts say— The B.1.1.7 strain first identified in the UK, which might be up to 70% more transmissible than others– The B.1.351 strain first identified in South Africa, which may reduce vaccine efficacy somewhat— The P.1 strain first detected in Brazil, which is suspected of fueling a Covid-19 resurgence in that countryAll three of those variants have been found in the US, and the B.1.1.7 strain has been detected in at least 32 states.Johnson & Johnson’s chief scientific officer Dr. Paul Stoffels told CNN’s Richard Quest on Tuesday that the world needs to vaccinate as many people as possible to limit the number of coronavirus variants.”If we don’t get the pandemic under control soon, then variants will start emerging, and will continue to emerge, and that will result in more vaccinations annually,” Stoffels said. “The mission is to get the virus under control so that it can’t mutate, and it can’t grow and create new versions.”The Johnson & Johnson vaccine is not yet authorized, but the company said it will ask the US Food and Drug Administration for emergency use authorization this month.Scientists have now discovered a mutation in at least 11 samples of the B.1.1.7 strain that might escape antibody protection, according to a report Monday by Public Health England.The mutation, called E484K, was already part of the genetic signature of variants linked to South Africa and Brazil.

Scientists fear the E484K ‘escape mutant’A new lab study found that antibodies from vaccinated people were less effective at neutralizing a synthetic virus resembling samples of B.1.1.7 that had developed an E484K mutation.”This doesn’t appear to be great news for vaccine efficacy,” said Joseph Fauver, an associate research scientist in epidemiology at the Yale School of Public Health.Experts say this news could mean the B.1.1.7 strain, already known to be more transmissible, might be somewhat resistant to the protection given by vaccines, or more likely to cause reinfection among people who were previously infected.Previous studies suggest that E484K may be the key reason why certain vaccines appear less effective in South Africa. Lab research has also shown that antibodies appear less able to bind and neutralize spike proteins arising from the mutation.Similarly, Dr. Anthony Fauci told MSNBC’s Chris Hayes on Tuesday that officials have to keep an eye on the variants as they could become a problem if they become dominant.”One of the wildcards Chris, that we have to keep an eye on, are the mutations, the mutants that are out there, because if they become dominant that then can lead to another surge, but the best way to prevent them from becoming dominant is double-down on public health measures,” Fauci said.

Church Mourning The Lost Of Their Pastor. “He Was Always Happy”