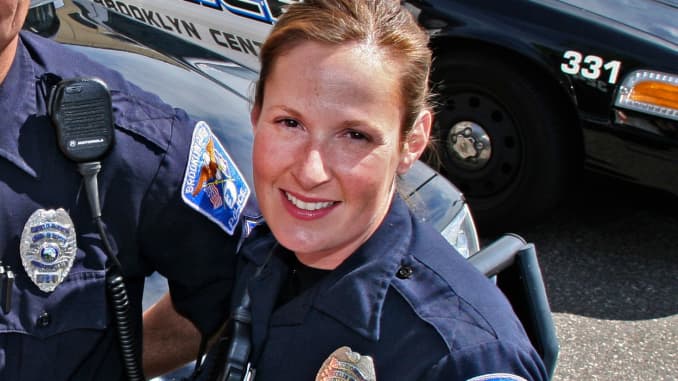 Kim Potter, the Minnesota police officer who fatally shot Daunte Wright, will be charged with second-degree manslaughter for the killing, a prosecutor said Wednesday. Potter resigned from the Brooklyn...
by Zach Freeman April 14, 2021

Kim Potter, the Minnesota police officer who fatally shot Daunte Wright, will be charged with second-degree manslaughter for his killing, a prosecutor said Wednesday.

Potter resigned from the Brooklyn Center Police Department on Tuesday, along with that department’s chief, because of the controversial shooting Sunday of the 20-year-old Wright, who was Black.

Wright’s death, which occurred as he fled a police traffic stop, heightened tensions that were already high in and around Minneapolis due to the ongoing murder trial of another former police officer, Derek Chauvin, who is charged in last year’s killing of George Floyd, who was also Black.

Body camera video from Potter during the incident Sunday suggests that she believed she had pulled out a Taser, instead of a pistol, when she pointed it at Wright and fired after he twisted away from another officer who was trying to handcuff him next to his SUV.

Wright had been pulled over by police in Brooklyn Center having expired license plates and an air freshener hanging from his rearview mirror.

Police then tried to arrest Wright after learning that he was wanted on an outstanding warrant for failing to appear in court in a criminal case, where he was charged with carrying a gun without a permit, as well as with fleeing from police in June.

The death of Floyd, at the hands of the white cop Chauvin ignited nationwide protests over police misconduct against minority suspects, and calls for major reform of policing practices.

Washington County Attorney Pete Orput confirmed in an email to USA TODAY on Wednesday that he expected a criminal complaint would be “going out very soon.”

Kim Potter, a 26-year veteran of the Brooklyn Center Police Department, resigned Tuesday as calls for justice for Wright echoed throughout Minnesota this week.

The city’s former police chief, who also resigned Tuesday, said Potter accidentally grabbed her firearm when she thought she was tasing Wright. Wright’s family has rejected police’s characterization of their son’s death as an “accident” and called for Potter to be held accountable.

The Hennepin County medical examiner said Wright died of a gunshot wound to the chest and ruled his death a homicide.

The Hennepin County Attorney’s Office handed any charging decision over to Orput earlier this week as the state Bureau of Criminal Apprehension investigates the case.

Local prosecutors in the Minneapolis area agreed last year to refer cases involving police use of deadly force to prosecutors in other jurisdictions.

Brooklyn Center Mayor Mike Elliott on Tuesday said the case should be handled by state Attorney General Keith Ellison “to ensure transparency and to continue building trust in our community.”

Potter is being represented by Earl Gray, an attorney who also represents Thomas Lane. Lane is a former Minneapolis police officer charged with aiding and abetting second-degree murder and manslaughter in the death of George Floyd.

Wright’s death Sunday sparked protests around Minneapolis, an area already on edge as the trial of former police officer Derek Chauvin in the killing of Floyd was in its third week of testimony. Brooklyn Center is about 10 miles north of Minneapolis.