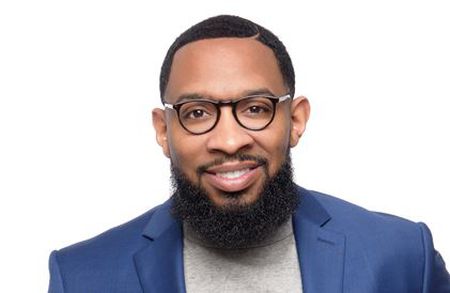 The Rev. Mike McClure Jr., pastor of the Rock City Church in Birmingham and a musician popularly known nationwide as “Pastor Mike Jr.,” posted on social media this week...
by Zach Freeman October 18, 2020

The Rev. Mike McClure Jr., pastor of the Rock City Church in Birmingham and a musician popularly known nationwide as “Pastor Mike Jr.,” posted on social media this week of his frightening ordeal that led to hospitalization. Check out his IG post below to hear the details.

He won his first Stellar Award on Thursday in early announcements for the gospel music awards show set for Sunday night.

“That means a lot to me,” McClure said after winning the Rap Hip Hop Gospel Album of the Year award for his album, “Live Free.”

The Stellar Awards will air on BET on Sunday at 5 p.m. and 8 p.m., featuring taped performances by McClure and others.

“We filmed in Nashville about a month ago,” McClure said.

McClure was nominated for five awards. So far, he’s won one and lost in two categories. He’s still up for best new artist and song of the year, for his hit single “Big.” Those will be announced Sunday night, and McClure doesn’t know the outcome yet.

“It’s crazy,” he said. “I haven’t seen my performance. I get to watch my performance and whether I won or not with everybody else.”

McClure also found out this week he’s nominated for a Dove Award, from the Gospel Music Association, for contemporary gospel song of the year, for “Big.” The Dove Awards are scheduled for Oct. 30 on TBN.

Rock City Church in Birmingham has been holding worship services by online video streaming only since March, when the coronavirus pandemic shut down in-person services. His increasing profile in Christian music has probably helped draw viewers from across the country.

🙏🏾 Thank You for your love, prayers, and support. Life took a really quick turn Thursday. To go from joking to intense pain was crazy. To see the look on the ER Dr’s face that we have to take you now to the hospital may have been one of the scariest moments of my life. I’m truly grateful for life. Thank You to Dr. Sabo @sabo_andrew @brookwoodbaptisthealth especially Ms. Denise (charge nurse) who literally at my lowest was a God Send. Hopefully I can go home today. #grateful #life #jesus #health #pmjbeonit

In my devotional time this morning, I really broke. GOD really showed me the blessing of “GOOD PEOPLE!” I want to stop…