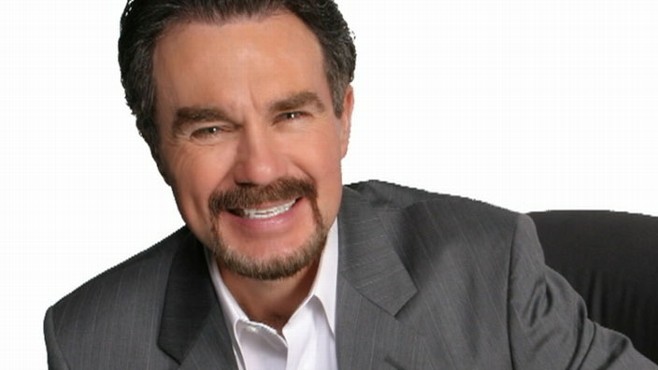 Marcus Lamb is the charismatic leader of one of the world’s largest religious networks, Daystar Television, which is also a very prosperous, tax exempt church. Lamb lives a life...
by Crystal Smith December 13, 2020

Marcus Lamb is the charismatic leader of one of the world’s largest religious networks, Daystar Television, which is also a very prosperous, tax exempt church. Lamb lives a life of luxury and owns a huge mansion with a beautiful pool.

Inside Edition has learned that just two weeks after being approved for millions of dollars in taxpayer funds, the church bought a private jet — a multimillion dollar 1997 Gulfstream V. The luxury aircraft, which Lamb says they  got for less than half the market value, holds up to 14 passengers. Lamb says Daystar was able to buy the jet with proceeds from an investment and the sale of its old jet, not by using government PPP money.

Lamb says he uses the jet for ministry purposes, but is that always the case?

In July, he flew with his family from his home in Dallas to Fort Lauderdale, Florida, where they posted videos enjoying eight days of fun in the sun. “Our amazing fam on vacay,” his wife wrote. “Lots of great memories made on our family beach vacation this year!” his son exclaimed.

But Lamb insists that the trip was a “working vacation” — a leadership retreat with his family, who are also ministers of the church and were consumed with meetings.

In September, Lamb and his family used the jet to fly to California for two days.  It appeared they played some golf on the trip – video showed golf clubs being taken off the church jet when they returned home to Dallas.  .

And in October, Lamb flew with his wife and some friends to Naples, Florida, where they spent eight days vacationing and playing golf. He told Inside Edition he had five meetings there and spoke at a church.

Pete Evans is an investigator with the Trinity Foundation, a church watchdog group.

Inside Edition Chief Investigative Correspondent Lisa Guerrero caught up with Lamb as he arrived at a Daystar golf tournament in Texas. Their exchange can be watched in the player above this article.

After Lamb didn’t answer, Guerrero asked, “Did you use taxpayer money to buy a private jet?”

“Then what are you using that private jet for? Church business only?” Guerrero asked.

When asked about the social media posts from his wife talking about being on vacation, Lamb said, “We did have a vacation but also did several meetings with ministers while we were there.”

Then it was time for a round of golf.

Earlier this week, after Inside Edition’s inquiries, the church paid back the entire $3.9 million loan it received from the government, with interest. An attorney for Daystar Network says that it does not use charitable donations to fund its operations, including the purchase of that jet, and it complies with all laws.