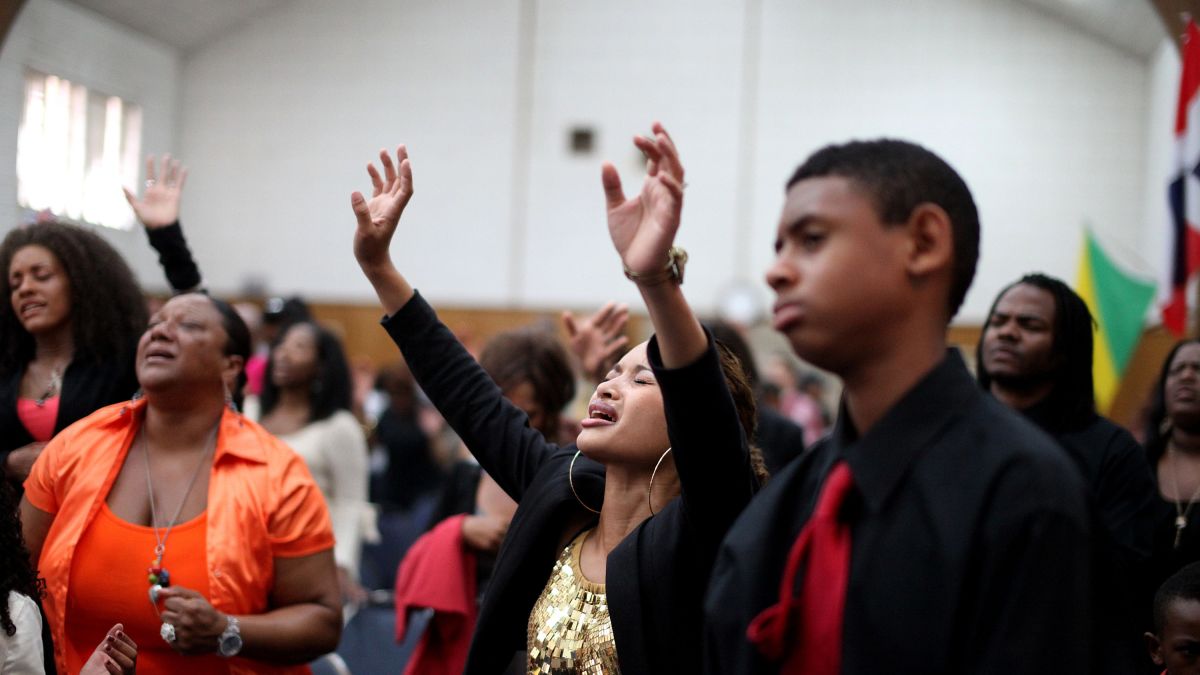 For many African Americans, Black History Month is celebrated in the church. However, since the coronavirus pandemic began, many churches have closed to protect their congregations.

Bearean Christian Church in Stone Mountain, Ga., closed its doors the third Sunday in March and they haven’t opened since. Usually, the parking lot is filled but for nearly a year it has been empty, and the sanctuary has been silent.

Rodney Mason, the pastor of discipleship and assimilation at Berean Christian church, says keeping the congregation safe is their top priority.

“We’ve learned that this may be the new normal for a while, but we still have to minister to people,” Mason said.

Bearean Christian Church usually holds more than 1,500 people but once it reopens it’ll seat only 150 people to reduce the risk of infection.

In order to abide by COVID-19 guidelines Bearean Chrisitan church socially distanced their chairs in the sanctuary. (Jayla Whitfield/Fox News)

St. Bartley Church, the oldest congregation in Alabama, also closed its doors in March. Jaymes Mooney, the senior pastor, said they realized early on that in-person services would not be possible during the pandemic.

“We made the decision to shut down and move to virtual. We realize that the church can be the church while gathering virtually until this passes,” Mooney said.

At many Black churches, in-person services provided an experience unlike any other.

“If you look at the history of the Black church, it was founded because it was a necessity. We were not allowed to worship as full members in White communities. Particularly when you talk about slavery, we were either put in the balcony or the basement, so the Black church was born out of necessity,” Mooney said.

While hundreds of Black churches are closed nationwide, Mooney says they’re learning to embrace having a digital community because ministry must continue.

“The Black church is not just a place for worship, it really is the center of the community, it still is the strongest institution in the Black community,” Mooney said.

Historians say the Black church first began in the mid-18th century. Bernard Simelton, the president of the Alabama NAACP, says the church was considered a safe haven for the Black community during slavery.

“The church is the backbone because even during slavery times, slave owners would allow Blacks to assemble in a religious manner,” Simelton said.

Dianne Stewart, University of Emory associate professor of religion and African American studies, says Black churches are the only independent institutions that has been owned and operated by Black people since its foundation.

Stewart says church may come back a bit different, but it will still thrive.

“They will survive because the Black church in many ways is a metonym for Black family and Black family must survive,” Stewart said.

However, even when some Black churches reopen — hopefully by Easter, if the pandemic numbers allow — those who died from the coronavirus will be missing.

“Once this pandemic is under control and we’re able to worship again, some of the people I was used to seeing every Sunday will no longer return with us,” Mason said.