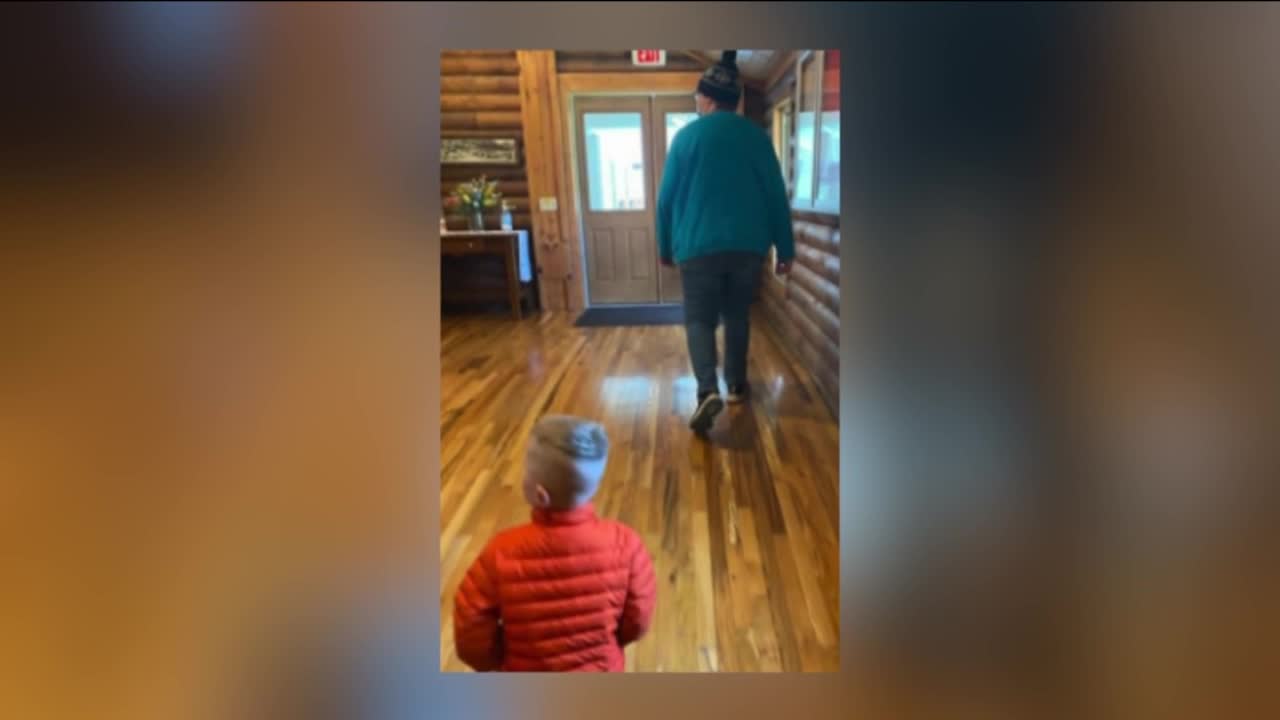 A missing 2-year-old boy from Virginia is believed to be in “extreme danger” as the FBI has joined the search for an unknown person allegedly seen leading the child out of a small-town church during Sunday service.

Noah Gabriel Trout, 2, was abducted around noon Sunday from Riverview Baptist Church in Ripplemead, an unincorporated community in Giles County. The child was last seen on Big Stony Creek Road in Ripplemead and is believed to be in “extreme danger,” according to Virginia State Police, which issued an Amber Alert on behalf of the Giles County Sheriff’s Office.

Law enforcement agencies released a photo allegedly showing Noah being led from the church by the suspect, whose back is turned from the camera and face cannot be seen. The boy is White with blond hair and blue eyes, stands 2-feet-9-inches tall and weighs 33 pounds.

The FBI Richmond Field Office, which is assisting local and state law enforcement on the case, said the investigation revealed a discrepancy in what was previously reported for part of Noah’s clothing. The child’s shirt was changed prior to going to church, authorities said.

“The shirt he was wearing is similar to the one below, except in royal blue,” the FBI said, sharing a photo of a similar garment but in green. It was previously reported Noah was wearing a gray shirt.

The photo of Noah at the church shows he was also wearing an orange jacket.

The suspect, who has yet to be identified by authorities, is possibly wearing a blue jacket with blue jeans, black tennis shoes and a black knitted stocking cap.

It’s unclear whether the child’s alleged abductor is male or female. The FBI and Virginia State Police have said the suspect was male, but the Giles County Sheriff’s Office said in recent posts to the agency’s Facebook page that an unknown female was wanted

A press conference to provide updates on the case was pushed back an hour and a half to 1:00 p.m. ET Monday and will take place on the front steps of the Giles County Sheriff’s Office.

The child and his abductor may be traveling in a dark-colored SUV or van.