group protested at churches this weekend To Remind This Nation That Lukewarm Preachers Are The Reason This Nation Has Fallen Into Sin And Angered God, they said

“Crossroads brags about their casual and fun church services, but says nothing about warning their fellow men about Hell. St. Raymond Nonnatus belongs to the Catholic monstrosity. Neither represents... 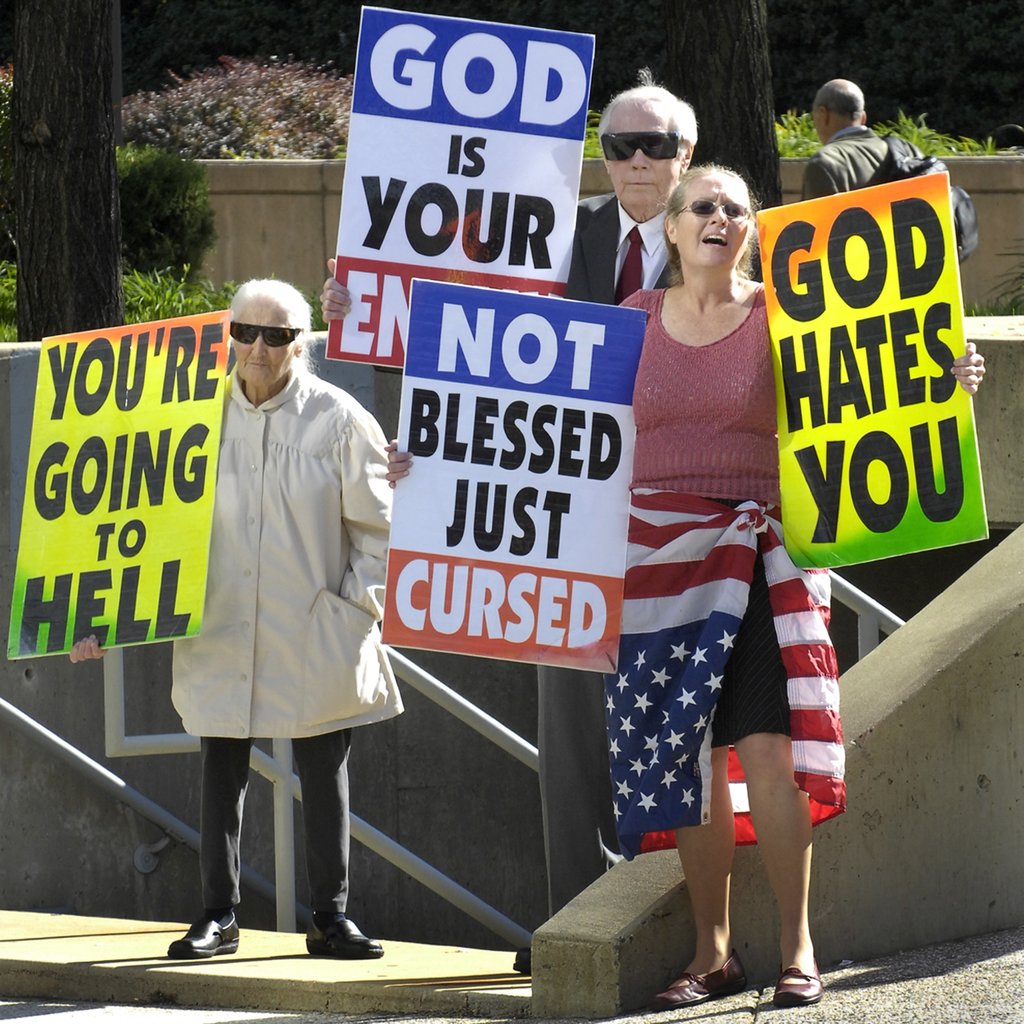 “Crossroads brags about their casual and fun church services, but says nothing about warning their fellow men about Hell. St. Raymond Nonnatus belongs to the Catholic monstrosity. Neither represents the true preaching of Jesus Christ,” the website for Westboro’s Baptist Church announced. The Westboro Baptist Church states that “WBC will remind these churches that they have a scriptural duty to preach about hellfire and damnation resulting from sin.”

According to Wikipedia, the Westboro Baptist Church was founded by Fred Phelps, and it is an American hyper-Calvinist hate group. It is known for engaging in inflammatory homophobic and anti-American pickets, as well as hate speech against atheists, Jews, Muslims, transgender people and numerous Christian denominations.

Members of the Westboro Baptist Church made their way to Joliet this weekend, sparking counter protests outside of a pair of churches.

Westboro is known for engaging in inflammatory homophobic and anti-American pickets. Rachel Ventura, a Democrat running for state senate in Illinois’ 43rd District, organized the counter-protest. She said Joliet is a city of love.

“This group is bringing more divisiveness. We want to bring unity. We want to show compassion and love,” Ventura said.

Westboro members were also outside of Crossroads Christian Church.

On their website, Westboro said the Joliet churches were selected because “neither represents the true preaching of Jesus Christ.”

Westboro Baptist Church carries out daily picketing in Topeka, Kansas and travels nationally to picket the funerals of gay victims of murder or gay-bashing, as well as those of people who have died from complications related to AIDS. It also pickets other events related or peripherally related to homosexuality. It is the protesting of military funerals that led to the organization receiving much attention for its small size.

The group has protested a number of high-profile events such as the funerals of victims of the Sandy Hook Elementary School shooting and the West Nickel Mines School shooting. As well as protesting these high-profile events, WBC protests many local low-profile events, such as Kansas City Chiefs football games and live pop concerts. While the messages are widely condemned, the organization always ensures its protests are legal in nature. Through keeping the protests non-violent and acquiring the proper permits, WBC avoids legal trouble.