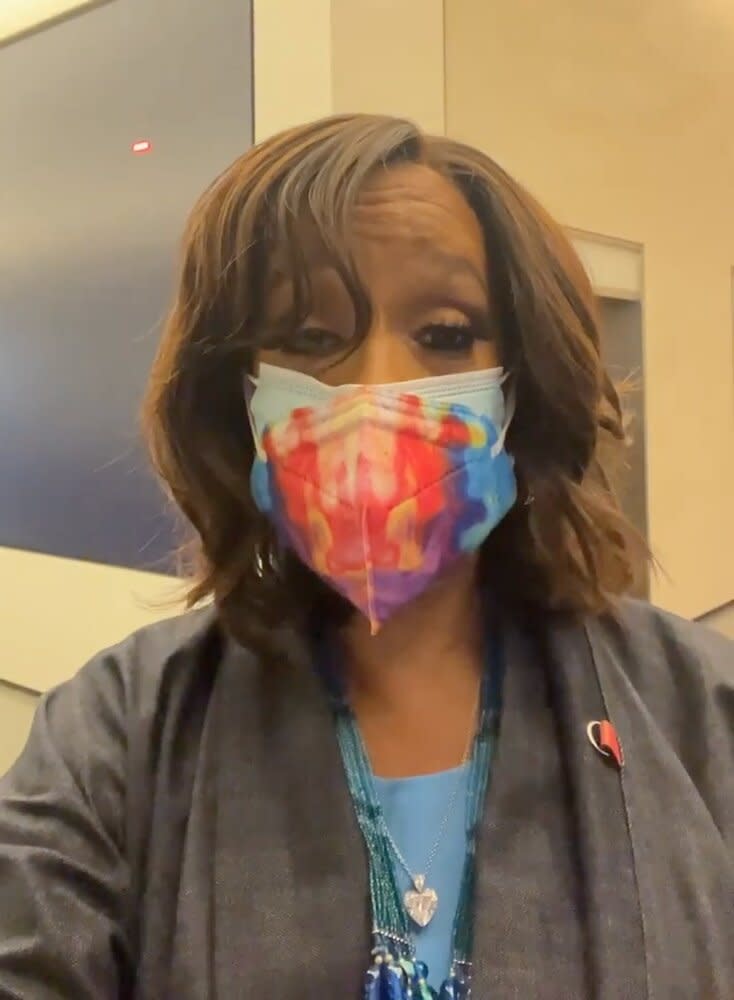 Gayle King has been running from covid during the entire pandemic and now she has tested positive. She took to social media to share her test results. As she was doing the video Nate is walking by and walks up on her as if he felt bad and wanted to give her a hug! You can hear his manager in the background telling him to keep walking. Best wishes Gayle, get well soon!

Gayle King has tested positive for COVID, she announced Monday morning on Instagram.

The CBS Mornings cohost, 67, shared a video in which she spoke directly to the camera from the lobby of her CBS building where she took a precautionary workplace COVID test.

“Okay, the thing I’ve been dreading has finally happened,” King said in the video. “I just tested positive for — I got the ‘rona.”

King added that another test would be administered to make sure she wasn’t given a false positive. “We’re gonna take one more just to be sure, but, in the meantime, I’ve been asked to leave the building and go home.”

While King was wearing a mask, she interacted with CBS crew members and even anchor Nate Burleson, 40.

Before ending the video, King added, “It finally happened to me. I’m double vaccinated and boosted. Go figure.”

Just a few weeks ago, King was diagnosed with tendonitis. She shared the diagnosis, directly from Dr. Nadia Levy, on Instagram.

“Achilles tendonitis,” Levy explained for King’s followers. “And she’s going to have to be in a boot just to calm it down and on some anti-inflammatories.”