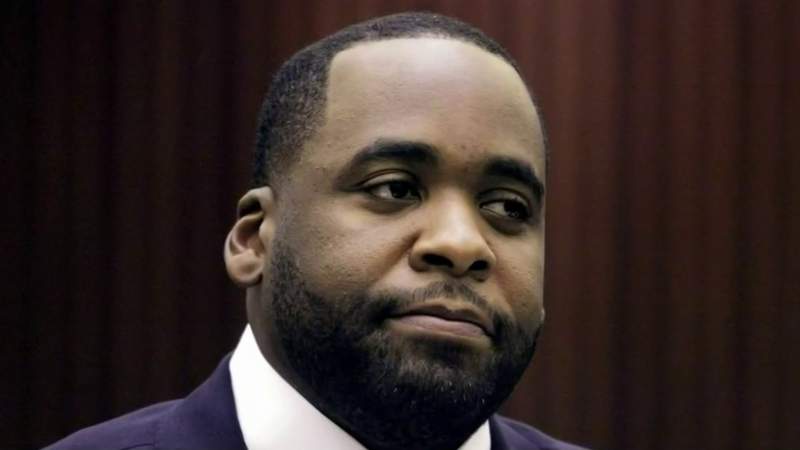 Since his release from prison in January, we’ve heard very little from ex-Detroit mayor Kwame Kilpatrick.

That’s about to change. Kilpatrick is set to preach at Historic Little Rock Baptist Church.

“First of all, he’s a member. I’ve been directly involved in his development as a minister,” said Bishop J. Drew Sheard with Greater Emmanuel Institutional Church of God in Christ.

Sheard is the senior pastor of Greater Emmanuel on Detroit’s east side. He helped Kilpatrick deliver an apology to the city inside his church years ago and has seen the transformation of him over these past years.

“He answered the call for his ministry while he was incarcerated,” said Sheard.

It’s a calling he’s revealing to Metro Detroiters in two different sermons as a minister. The first recorded sermon will be presented at his home church.

“That will be his first sermon here at Greater Emmanuel and we’re excited about it,” said Sheard.

The second sermon will be preached in person at 10:30 a.m. Sunday at the Historic Little Rock Baptist Church on Woodward Avenue.

The former mayor was sentenced to prison for 28 years in 2013. He was convicted of fraud and racketeering.

In January of 2021, former President Donald Trump granted Kilpatrick a last-minute commutation and he walked free.

“We all have second chances. The key is that a lot of times, people don’t adhere to the second chance. Second chance, third chance or fourth chance,” said Sheard.

Kwame spoke to Deadline Detroit where he said, “I talked to Mike Duggan recently and I told him how well I thought he was doing. I thought the city looked good. I didn’t want to be in the city and there’d be whispers about politics. So I’m going to say this now, I’m not running for anything. I believe I’ve been put in a completely different lane.”

“I think his call to the ministry is a good and positive thing. I support him in that,” said Duggan. “You know he just wonders how he will be received or perceived and that’s normal, after what he has experienced in the city.”

Kilpatrick also told Deadline Detroit that he’s marrying a Detroit woman, but didn’t give a name.

Anyone is welcome to hear him preach Sunday morning at Little Rock Baptist Church.