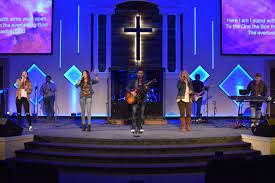 An Escambia County youth pastor has been charged for allegedly placing a hidden video camera in a church bathroom.

On Sunday, the Escambia County Sheriff’s Office responded to Calvary Baptist Church on Pine Forest Road after a hidden video surveillance camera was located in a bathroom.

Investigators assigned to the ECSO Special Victims Unit immediately began an investigation and identified 37-year-old David Patrick Nims as the suspect. Nims serves as a youth pastor at the church, according to the ECSO.

Nims was arrested and charged with one count of second degree felony video voyeurism by a person 18 or older, who is responsible for the welfare of a child younger than 16.

The sheriff’s office also served a search warrant at Nims’ home in the 7400 block of Hidden Valley Road as part of their investigation.

ECSO said the case remains under investigation and additional charges are possible. Anyone that believes they may be a victim of Nims, or knows that someone that may be a victim, is asked to call the Escambia County Sheriff’s Office at (850) 436-9620.