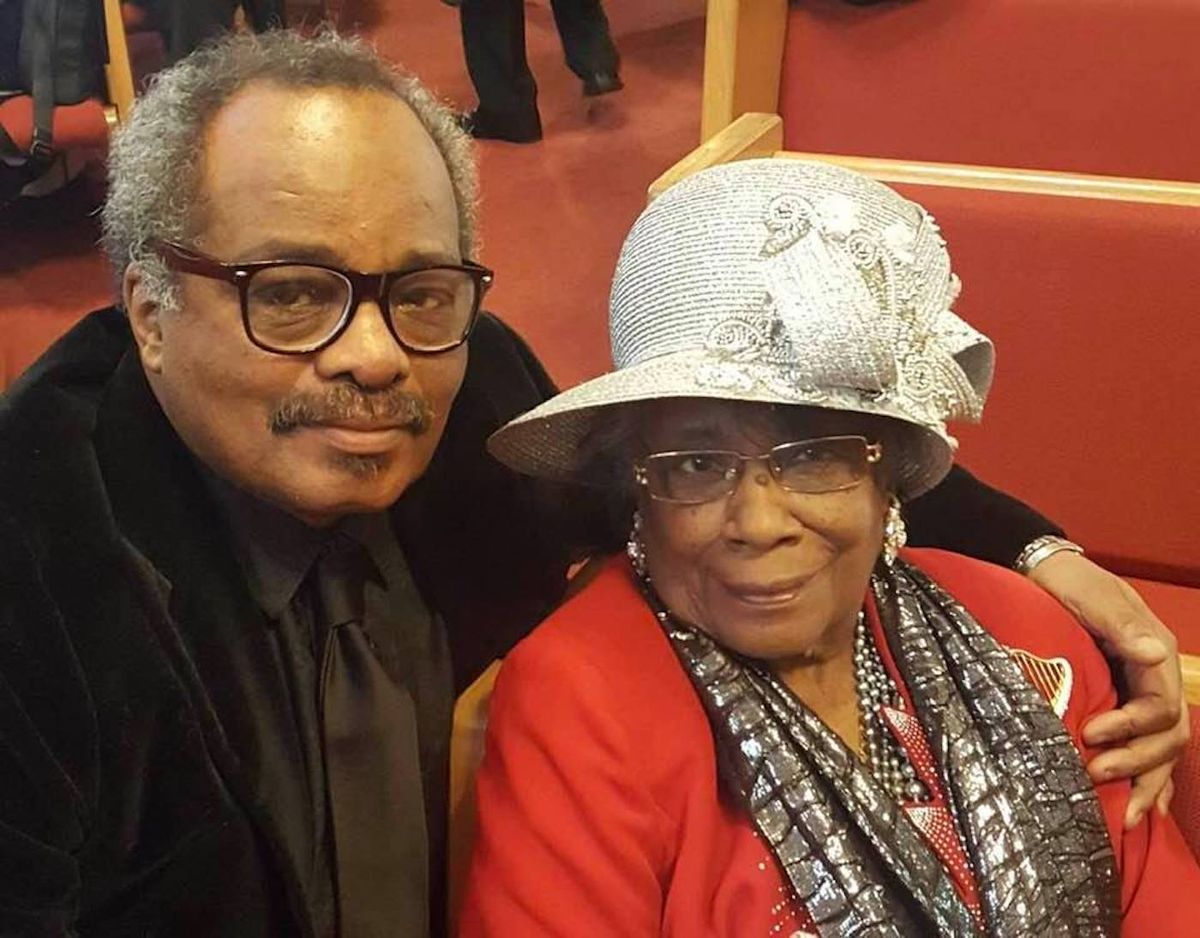 She developed her online following in her 80s and 90s after her son, hairdresser Leigh Jones, started posting photos of her elegant, Sunday church ensembles. “She dresses in the...
by Zach Freeman February 19, 2021

She developed her online following in her 80s and 90s after her son, hairdresser Leigh Jones, started posting photos of her elegant, Sunday church ensembles.

“She dresses in the finest Sunday church clothes she owns, layers her face with Fashion Fair cosmetics and sprays herself with a wonderful perfume, and then she puts on THE HAT, and it is The Hat. She looks at her reflection from every possible angle. And then, she leaves home and joins the company of her mothers and aunties and sisters and nieces and daughters at church whose actions had been identical to hers that morning. They too had waited longingly for the gift of a Sunday morning. Now they stroll up and down the aisles of the church, stars of splendor, beauty beyond measurement. Black ladies in hats.”—Maya Angelou’s foreward to the book “Crowns: Portraits of Black Women in Church Hats.”

Florence Jones-Smith grew up the 13th of 15 children in Crawfordsville, Arkansas, and she kept a wisp of cotton in a glass jar to remind herself she never wanted to go back.

“This represents the first and last cotton I ever picked,” she’d say.

At 22, she was left a widow with three children under age 4. She came to Chicago during the Great Migration and headed to 63rd Street, where she waited tables in three-inch heels at Jimmy’s, her brother’s restaurant.

After her son — hairdresser Leigh Jones — served her specialties at his salon 40 years ago, women who would rarely venture from the Gold Coast started paying $60 a cake to serve her desserts at their dinner parties.

On Sundays, though, Mrs. Smith switched from her black-and-white waitress uniform to ensembles of silk, charmeuse and moire.

And, oh, her hats. She had somewhere between 200 and 250, many handmade by her son. Paradisiacal as Easter bonnets, coruscating with crystals and pearls, they framed her face the way velvet curtains frame a stage.

Funeral services were held earlier this month for Mrs. Smith, who died in Chicago at 94. “Her body was just shutting down,” her son said.

She developed a social media following in her 80s and 90s after her son started posting photos of her Sunday ensembles. Young women loved it, he said. It showed, he said, “Just because you grow older, you don’t have to grow out of fashion.”

People assumed he picked out her clothes. But Mrs. Smith did that herself.

“Her sense of style was impeccable,” Jones said. “All I did was pick her up for church.”

In addition to her son Leigh — whose clients have included Diahann Carroll, Natalie Cole, Lena Horne, Jackie Gleason and Michael Jackson — she raised a teacher and a minister. And she helped rear two of her grandchildren after her daughter Comita Burton developed multiple sclerosis.

A figure of indomitability and quiet pride, she was one of the most resplendent among the many well-dressed women attending Sunday services at Antioch Missionary Baptist Church, 415 W. Englewood Ave.

“Her elegant carriage, warm spirit complimented by her signature fabulous hat, would turn every parishioner’s head,” said Linda Johnson Rice, who took over the Johnson Publishing empire from her father John H. Johnson and whose mother Eunice started the Fashion Fair traveling fashion show. “She exuded class, grace and style.”

“I titled Leigh’s mom ‘The Elegant Queen of Crowns,’ ” said Chicago fashion designer Jermikko Shoshanna, whose clothing has been worn by Beyonce. “Leigh’s mom wore a hat in such a royal manner.”

Growing up a farmer’s daughter, young Florence wanted something more. Her son said she hated picking cotton so much that her father, Charles McDonald, wouldn’t make her do it. Instead, she took on the role of family baker.

Her next-oldest sister was Annabelle. A young man named B.B. King used to come around courting her, but their mother Lottie disapproved because she thought marrying a musician might limit Annabelle’s future.

At 17, Florence eloped with her brother’s friend Floyd Jones, and they moved to Kansas City, Kansas. After her husband died of a kidney infection, some advised her to consider placing her children in the care of relatives. She refused.

“She said, ‘I’m not giving any of my children away. With the help of God, I’m going to keep all three of my children.’ And even though she didn’t have a lot of education, she kept us together,” said her other son, the Rev. Morris Jones Sr., who credits her for helping him earn a doctorate from Trinity Evangelical Divinity School. “She’s just a great mom. She loved the Lord, and she loved people.”

Mrs. Smith came to Chicago, where she studied secretarial skills at Jones Commercial High School. In 1960, she graduated from Lydia Adams Beauty College and worked as a “shampoo girl” at a North Side salon before joining her brother’s namesake restaurant Jimmy’s on a bustling stretch of 63rd Street.

Gospel empress Mahalia Jackson would stop in. Mrs. Smith used to watch neighborhood kids trail down 63rd after a young boxer who would become known as Muhammad Ali. “He was like the Pied Piper,” Leigh Jones said.

Later, the restaurant moved to 75th and Merrill, where it was called the Dining Room. Mrs. Smith worked at the restaurants until the mid-1990s.

Her friend Renee Bradford used to buy her cakes for her C’est Si Bon catering business.

“They were wonderful — quality ingredients, lots of butter and love,” Bradford said.

After her children were grown, Mrs. Smith wed Leon Smith. They were married for 31 years, until his death in 2008.

She served as head of the Mothers’ Board at her church and sometimes mothered kids she felt weren’t getting enough guidance, Leigh Jones said: “She’d roll down the window and yell to young boys on the street, ‘Pull those pants up’ — and they would pull their pants up out of respect for her.”

Mrs. Smith fed them, too.

“If a person or a kid came in [to Jimmy’s] off the street, and they were hungry, she would give them a hamburger,” Morris Jones Sr. said.

Leigh Jones, who now works at Chicago’s Paul Rehder Salon, said he’s grateful his mother pushed back when some relatives told him hairdressing was no career for a man. She told him: “Whatever you do that makes you happy is going to make me happy.”

Mrs. Smith, the last of the 15 children in her family, is survived by her three children, six grandchildren and eight great-grandchildren.

“I keep a picture of my mother in uniform on my phone to remind me, if I ever act like a crybaby, I never have had to work as hard as my mother,” Leigh Jones said. “Twelve, 14, 16 hours a day, raising three kids with no vacations, no movies, no dates. And she never complained.”

Pastor Joined Churches For Their 21 Days Of Fasting. He Has Now Died Of Covid19.