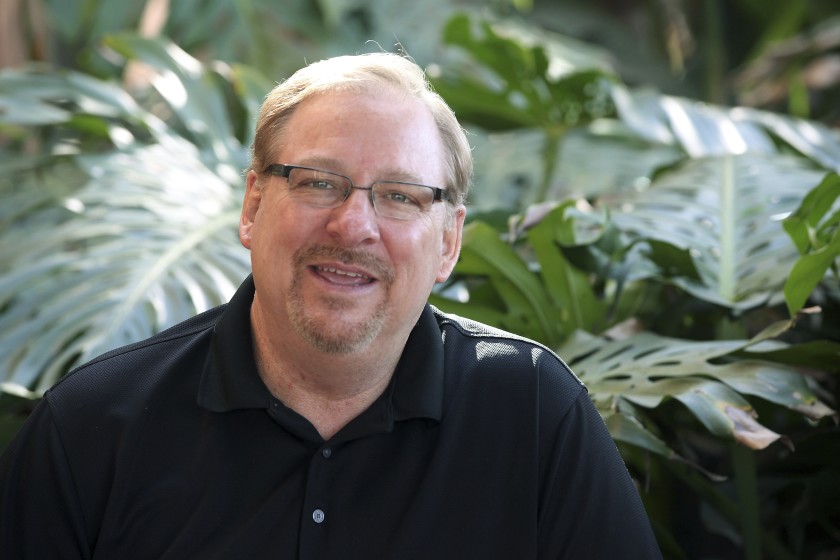 Another Mega Has Announced He Is Retiring: Rick Warren

Rick Warren to retire as lead pastor of Saddleback Church Rick Warren, the founder of a sprawling megachurch, a bestselling author and one of the most influential figures in...
by Zach Freeman June 8, 2021 178 Views

Rick Warren to retire as lead pastor of Saddleback Church

Rick Warren, the founder of a sprawling megachurch, a bestselling author and one of the most influential figures in American evangelicalism, is retiring as lead pastor of Saddleback Church in Orange County.

In a video service streamed to thousands of congregants on Sunday, Warren explained that he will take the title of “founding pastor,” and that the church he has led for over 40 years will soon begin a search for a successor.

Warren cited his declining health as a reason for his decision. He has a rare neurological disease called spinal myoclonus that causes spasms and blurs his vision when he gets a jolt of adrenaline. That makes preaching six services in one day a tough task, Warren said.ADVERTISING

He is also stepping down to fulfill a promise he made on an Easter Sunday in 1980, during the first service of Saddleback Church, when he told his fledgling congregation of around 200 people that he would commit to leading the church for the next 40 years.

Over the next few decades, Warren transformed his church into a behemoth of evangelical Christianity. What began as Rick and Kay Warren’s home Bible study exploded to over a dozen campuses in California — including the 120-acre main campus in Lake Forest — as well as churches in Argentina, Hong Kong, Germany and the Philippines. He gave the invocation at President Obama’s inauguration in 2009. Over 30,000 tune in each week to hear Warren speak.

While leading his church, Warren achieved influence in other ways: he became a bestselling author of “The Purpose Driven Life,” a book that sold more hard copies than any other in the U.S. except the Bible, according to Tanya Luhrmann, an anthropology professor at Stanford who has written about American evangelicals.PAID CONTENT

Warren’s megachurch model became a paradigm for other church leaders. In 1995, he published “The Purpose Driven Church,” part of his effort to export Saddleback’s megachurch pattern to other congregations. Over 200,000 church leaders studied the principles in that book, according to the Saddleback Church website.

Warren is both the proponent and product of the American evangelical megachurch movement— a movement characterized by multimillion-dollar buildings, enormous congregations and iconic leaders.

“Rick Warren is the pope of a version of American evangelicalism,” said Amy Hall, associate professor of Christian ethics at Duke Divinity School.

In this “Warren-ified,” celebrity evangelicalism, churches are often defined by a single face, Hall said.

“These people are ‘charismats,’” Smoller said. “People became more attracted to the individual rather than, say, the liturgy…. Everyone knows Rick Warren. How many priests in Orange County can you name?”

Smoller added that compared to previous megachurch pastors, Warren is less focused on wealth and more “transparent and authentic.” He said this could be partly attributed to Warren’s experience with tragedy.

In 2013, Warren’s 27-year-old son, Matthew, died of a self-inflicted gunshot wound. Matthew had battled “dark holes of depression” and mental illness, Warren told his congregation at the time, also posting his thoughts on his Twitter account, which now has 2.2 million followers.

Warren’s time as pastor wasn’t without controversy. Obama’s choice of Warren as his invocation speaker drew the ire of civil rights groups and gay rights activists, who criticized Warren for supporting Proposition 8, the state constitutional amendment that would have banned same-sex marriage.

He didn’t always fit in with conservatives, either: he dedicated money to helping people with AIDS, opposed the use of torture and worked to combat global warming.

You may occasionally receive promotional content from the Los Angeles Times.

Pastor Is Having A Hard Time Coming To Grips After A Member, 16 Drowned On Friday