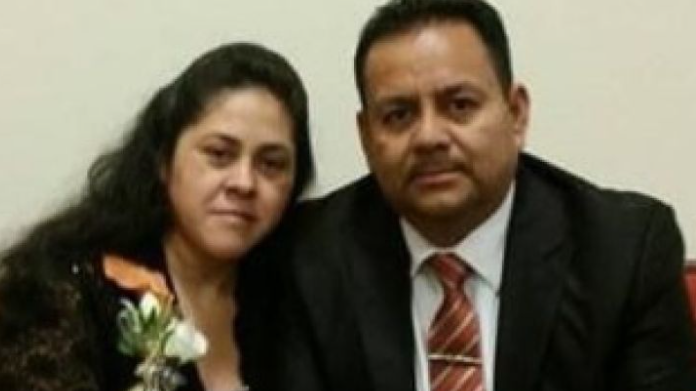 Atlanta father of four died of COVID-19 on Wednesday, one week after his wife was killed in a fire at their home, according to family friends. Febe Santos was...
by Zach Freeman September 3, 2021 279 Views

Atlanta father of four died of COVID-19 on Wednesday, one week after his wife was killed in a fire at their home, according to family friends.

Febe Santos was killed when a fire ravaged her Gwinnett County home, causing the ceiling of the basement to collapse while she was inside, Channel 2 Action News reported. A week later, she was “joined in heaven” by her husband, Humberto Giron, after he died of COVID-19, the news station reported.

Santos, who had also contracted COVID-19, had been quarantining in the basement of the home on Kennesaw Street while she recovered from the virus, family members told Channel 2.

On Aug. 25, a 911 caller reported that the home was on fire and said Santos was unable to get out of the basement, The Atlanta Journal-Constitution previously reported.

When fire crews arrived at 3 a.m., flames were shooting from the side of the house and blowing out of the rear windows. Firefighters battled to bring the blaze under control enough to safely enter the home through the front entrance. Four children and another woman, who Channel 2 reported was their babysitter, were able to get out with no injuries.

However, crews were stopped from moving any further when the floor became unstable, officials said.

“The flooring system had compromised,” fire department spokesman Lt. Donald Strother said. “It actually collapsed onto the basement, which is where we had received confirmed reports that a victim was.”

Santos was found dead inside the basement.

The couple leave behind four children ranging in age from 8 to 14, according to a GoFundMe page created to cover the expenses of funeral arrangements.

“The kids are doing about as well as can be expected,” according to the GoFundMe organizer. “They are being brave and fighting as best they can. They will begin counseling very soon. Please continue to pray for them and their long road ahead.”