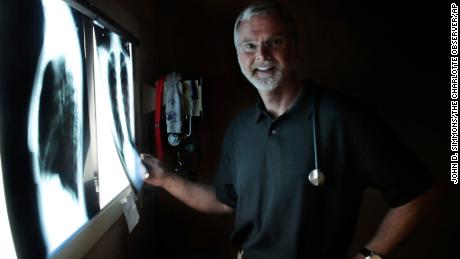 Authorities say a suspect has been found after an hours-long search for the attacker in a South Carolina shooting Wednesday evening that left five people, including two children and...
by Zach Freeman April 8, 2021

Authorities say a suspect has been found after an hours-long search for the attacker in a South Carolina shooting Wednesday evening that left five people, including two children and a prominent doctor, dead.

The York County Sheriff’s Office said the suspect was found in a nearby home. Details on the suspect’s apprehension weren’t immediately released.

The York County coroner’s office says 70-year-old Dr. Robert Lesslie and his wife 69-year-old Barbara Lesslie were pronounced dead at the scene along with their grandchildren 9-year-old Adah Lesslie and 5-year-old Noah Lesslie.

A fifth victim, 38-year-old James Lewis was found dead outside the home. The investigation is ongoing.

Five people were killed — including a prominent doctor, his wife and their two young grandchildren — in a shooting at a home near the South Carolina city of Rock Hill on Wednesday afternoon, authorities said.

A sixth person also was injured in the shooting, and authorities eventually found a suspect in the suspect’s home nearby, York County sheriff’s officials said early Thursday without elaborating.Investigators believe the suspect was the only assailant, and are trying to figure out why anyone would have gunned down Dr. Robert Lesslie and some members of his family, sheriff’s spokesman Trent Faris said.The slain grandchildren were ages 5 and 9, the York County Coroner’s Office.

“This is a tragic, tragic situation. … None of us can figure out why” it happened, Faris told reporters early Thursday in a news conference recorded by CNN affiliate WBTV.Authorities were called around 4:45 p.m. to a home just south of Rock Hill, a city of about 73,000 people on the other side of the state line from Charlotte, North Carolina, authorities said.Enter your email to sign up for the CNN 10 newsletter.

The day’s biggest stories in 10 minutes or less.Sign up and get access to videos and weekly student quizzes.Sign Me UpNo, ThanksBy subscribing you agree to ourprivacy policy.Officers found six people shot. Killed were Lesslie; his wife, Barbara Lesslie; their two grandchildren; and James Lewis, of Gastonia, North Carolina, the sheriff’s office said. Lewis was working at the home, authorities said, without elaborating.A sixth person was taken to a hospital with “serious gunshot wounds,” Faris said. The person’s name and condition information weren’t released.After learning a suspect may be nearby, officers found a suspect in a home on the same road, Faris said.Faris said investigators were “with him (the suspect), serving a search warrant” at the house where the suspect lived.But Faris declined to release the suspect’s name, or answer reporters’ questions about whether the suspect is alive. 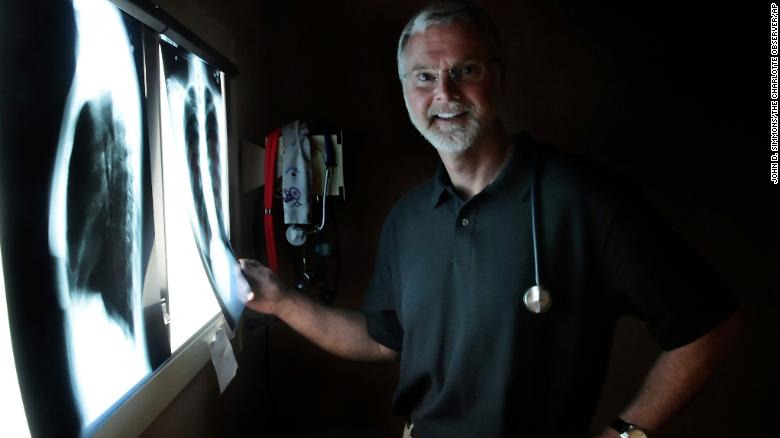 Dr. Robert Lesslie is seen in Rock Hill in March 2009.

Doctor had been practicing in area since 1981

Faris said he has lived in the area all his life and that “Dr. Lesslie was my doctor growing up.””Dr. Lesslie has been one of those people that everybody knows. He started Riverview Medical Center in Rock Hill and it has been a staple in Rock Hill for years,” Faris said.”If you are from Rock Hill and you are from around this area, the people who are involved are very prominent and very well known in York County,” Faris said.Lesslie was the founder of Riverview House Calls and Riverview Hospice and Palliative Care, according to the services’ joint website, and had been practicing in Rock Hill since 1981. In a personal bio page, Lesslie says he and his wife had been married for 40 years, raised four children and had nine grandchildren.”In my spare time, I enjoy ​writing, golf, hunting, growing fruit and hops, and bagpiping,” the bio page says.His website lists several books he authored, including 2008’s “Angels in the ER,” drawing from his years working in the emergency room.