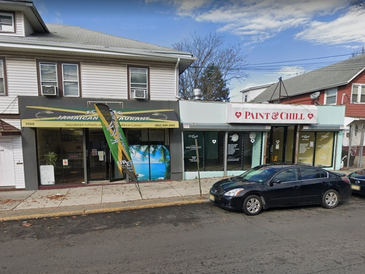 The deaths of two women found dead in a popular restaurant are believed to be connected to a death investigation outside a car rental nearby.

– Now to a grisly discovery in New Jersey. Two women found dead at a popular restaurant. Police are now looking into whether their deaths are connected to a man found dead at a car rental office. New Jersey reporter Anthony Johnson is live in Union with the story. Anthony

ANTHONY JOHNSON: Yeah, we understand that that person was found inside of a vehicle inside of this Enterprise location, actually in the back parking lot area. That discovery happened on Monday. And then the bodies of those two women were both discovered yesterday. Now, authorities are still trying to find out the motive for the three deaths that may all be connected.

The bodies of two women were discovered inside of the K&K Jamaican restaurant yesterday afternoon in Hillside. The location is owned by the man who was found in the car behind the auto rental location here in Union. The car pulled into the lot in the middle of the night. And when police arrived, they found the man’s body inside.

That man did own the K&K Restaurant. The family live right across the street. And a neighbor described them as being peaceful.

DAVID DENNIS: I’ve seen them often, came here often. They’re very good people, very nice– very nice family of kids always out here playing and stuff. And they always– they always come in the store. I am very, very surprised. And that’s– that’s a shocker to me.

ANTHONY JOHNSON: The names– the names of the victim not yet released by authorities. The Union County Prosecutor’s Office is the lead agency in investigating these three deaths.