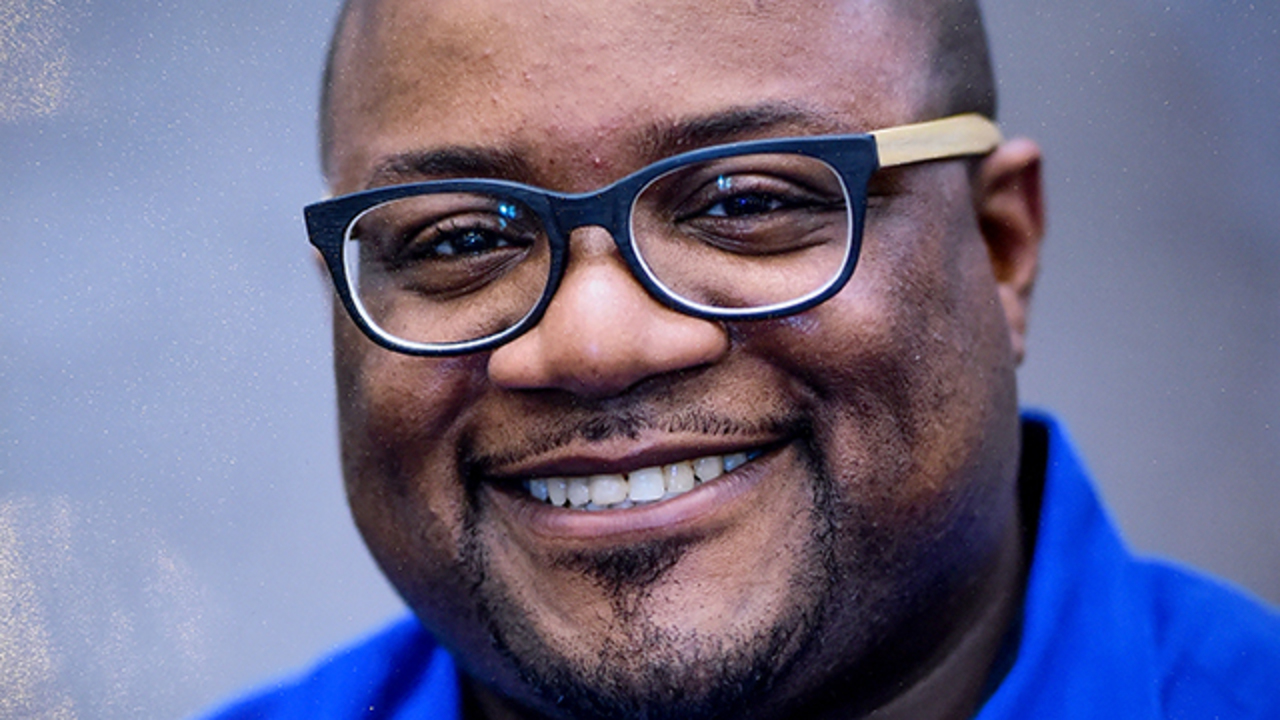 Michael Griswold, teen pastor at Macedonia Baptist Church in Kansas City, died of COVID-19 earlier this month after being hospitalized since January. He was 39 years old. With his magnetic...
by Zach Freeman June 21, 2021 228 Views

Michael Griswold, teen pastor at Macedonia Baptist Church in Kansas City, died of COVID-19 earlier this month after being hospitalized since January.

With his magnetic personality — and bright blue eyeglasses — Griswold was credited with bringing kids into the church by the hundreds. His unconventional preaching drew in youth, church leaders said. But so too did his way with people — what some called the “it” factor.

Senior Pastor John L. Brooks said Griswold, or “Grizzy,” was the Michael Jordan of his calling.

“Grizzy’s impact was so magnanimous that I’m telling you 20 years from now, this church will remember Grizzy,” Brooks said. “I’m telling you, older people and younger people.”

Whether it was from his post at the church at 1700 Linwood Boulevard, or wherever he went, Griswold liked cheering people up. Anyone crossing his path with their head down could hear him say: “Hold your head up like your nose is bleeding.”

He dedicated himself to the community and during the pandemic he stayed in contact with church members.

In early January, he fell ill with the coronavirus. He died the afternoon of June 6 after being hospitalized for about five months.

A weekly conversation between The Kansas City Star and the minority communities it serves, bringing you the news and cultural insights from across the Kansas City region and abroad, straight to your inbox every Thursday.SIGN UP

Growing up, Griswold was the father figure in his household. He started looking out for his siblings when he was about 12.

The pressure of helping his family led him toward the streets where he became a drug dealer. Even then, he would care for the younger ones, his brother Malcolm Griswold said.

“Michael would come to parenting conferences with my mother, he would come and eat lunch at my middle school with me and my brother,” Malcolm Griswold said. “And when I think of Michael, I think of a father.”

When he was in his 20s Griswold discovered an interest for religion that turned his life around. At age 35 he was appointed teen pastor at Macedonia Baptist.

“When I think of Mike and his whole transformation story, I witness the power of God saving Michael from his life from his own lifestyle,” Malcolm Griswold said.

As a teen pastor, Griswold changed the lives of many children, Brooks said. Many of them have broken relationships with their fathers, and knowing the impact that can have in someone’s life, Griswold made sure to look after the teenagers even when they were not in church.

“He spent time with them, corrected them, loved them, he invested in them,” Brooks said. “He helped the parents, went to schools, went to their events. He was there with them to keep them off the street, and hundreds upon hundreds of teenagers lives have changed because Michael Grizzy, Griswold, invested his life in their life.”

Some of the children were able to see him through glass when he was in the hospital. The five months he was there were especially difficult for his wife, who was shocked early on at how ill Griswold became.

“I had just had a conversation with his doctor. He was like, ‘he’s gonna be fine, he’s young, he’s going to be fine,’” Venus Griswold said. “The next day I walk in and his oxygen levels are just tanking, and so at that point, it was the decision. Do you put him on life support? Or do you let him go? And so I put him on life support.”