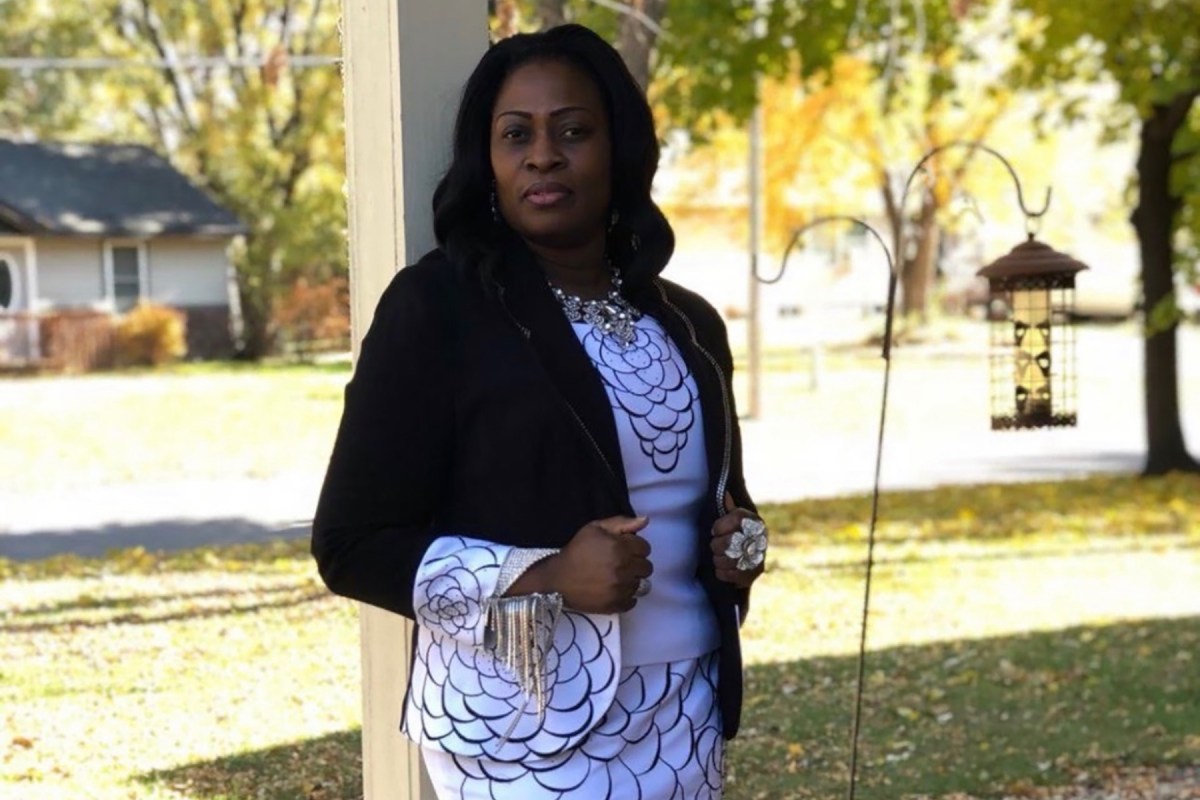 Sahan Journal publishes deep, reported news about immigrants and new Americans—the kind of stories you won’t find anywhere else. We don’t hide our community-centered reporting behind a paywall: We...
by Crystal Smith December 21, 2020

Sahan Journal publishes deep, reported news about immigrants and new Americans—the kind of stories you won’t find anywhere else. We don’t hide our community-centered reporting behind a paywall: We want it to be free for everyone. But this kind of journalism is expensive to produce. That is why we rely on the generosity of readers like you to support our nonprofit newsroom. Would you join us and become a Sahan Sustainer now?

Pastor Larrydean Salome Wright Goodridge created the Light Full House Gospel Prayer Ministry, where every morning she would connect with other pastors and participants virtually to preach and pray. She called it the prayer line. Her message was one of love and positivity.

Goodridge would return home to Brooklyn Park from an eight-hour shift as a healthcare worker, lead the prayer line and then go take care of her grandchildren.

“She was committed,” her daughter, Peaches Goodridge, said.

Goodridge died June 1 at North Memorial Hospital in Robbinsdale from COVID-19. She was 45 years old.

Peaches remembers her mother as a funny, fiery spirit with a lot of love for her family and community. In the Liberian community, people take on other kids as their own, said Peaches, one of Goodridge’s biological children. Even her extended family members and friends saw her as a mom or grandmother.

“She raised my cousin as her son who, up to today, calls her mom,” Peaches said. “His three kids call her grandma.”

Goodridge emigrated from Monrovia, Liberia, in 2000. Her husband, Nathaniel, had family and worked as an electrician in both Liberia and the United States, so he traveled back and forth between the two often.

They weren’t all able to emigrate at the same time, however. Peaches and Nathaniel didn’t join Goodridge in the United States until 2006, when she was around six years old.

Here at Sahan Journal, we’ve committed to memorializing the lives of Minnesota’s new Americans who have lost their lives to COVID-19. Imagine a photo album with all their faces and names. Flipping through the pages, we’d see our family, friends—and, of course, more.

We’ve begun creating some version of that album and have documented stories about people from the Hmong, Latino, and East African communities. We’re covering people who have disproportionately suffered through this pandemic, by speaking with people who knew and loved them.

While separated, Peaches lived with Goodridge’s family in Liberia. She did not feel that distant from her mother because they talked on the phone every day. She was also quite close with her mother’s family.

“Back home, families all live together,” Peaches said. “I was around people I had spent a lot of time with.”

The immigration process took a couple of tries, Peaches said, and her mother was hesitant to leave Liberia at first. She did not want to leave without Peaches, and she was an established member of her community. Goodridge did not want to leave that behind. However, she eventually settled down with Nathaniel in Brooklyn Park to give her two daughters more opportunities and to escape the second Liberian civil war.

In addition to being a pastor at Faith Embassy Church in Robbinsdale, Goodridge worked as a phlebotomist, drawing blood at North Memorial Hospital. She enjoyed her job and would help other people she knew receive their own phlebotomy certificate.

Peaches said she received many phone calls from participants in the prayer line as well as other phlebotomists offering their condolences after her mother passed.

“She always made sure people walked towards love,” she said. “It was nice to hear that even on the job, she was loved.”

As far as Peaches knows, Goodridge did not have any underlying health conditions. Peaches last spoke to her mother the Sunday before she passed. “She didn’t sound fine at that point, but I still just thought she was going to be okay,” she said.

The next day, Goodridge was taken to the same hospital she worked at for treatment. She was having trouble breathing. After she was admitted, she took a photo of herself in the hospital and sent it to a few family members and friends. A few hours later she died.

Goodridge will be remembered for her kind, generous personality and for the impact she had on her community through her prayer line. She was never too busy to help others in need, Peaches said.

“She had everybody’s problems on her shoulders—praying for everybody,” she said. “She was there for you.”

Pastor Speaks On Having To Bury An Entire Family Of 4