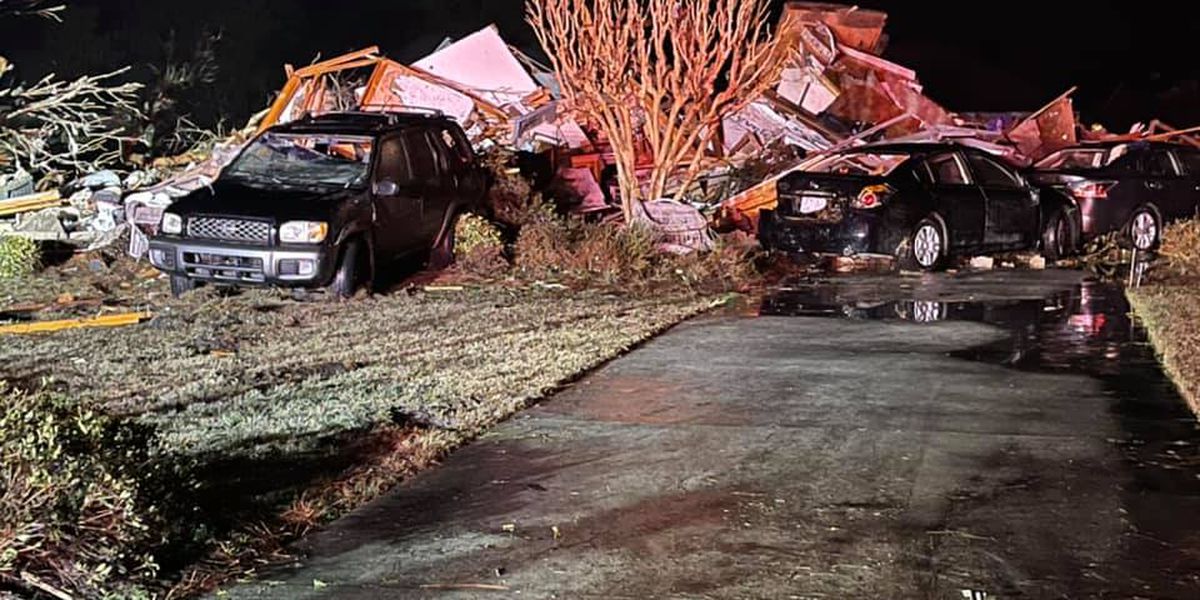 50 Homes Destroyed, 3 Dead And Many Injured In Tornado That Ravaged A Part North Carolina Last Night

Three people were killed after a possible tornado ripped through North Carolina Tuesday night, destroying at least 50 homes and leaving thousands without power from a winter storm that is pummeling...
by Zach Freeman February 16, 2021

Three people were killed after a possible tornado ripped through North Carolina Tuesday night, destroying at least 50 homes and leaving thousands without power from a winter storm that is pummeling the country’s south and mid-section, authorities said.

The worst hit area was in the Seaside coastal community, about 45 miles southwest of Wilmington, where many homes were ripped from their foundations and trees were snapped in half, according to the Brunswick County Sheriff’s Office.

“I’ve never felt a thunderstorm beneath my feet,” she said. “The floor was vibrating.”

County emergency management officials said there were reports of people trapped in homes or feared missing as rescue operations got underway.

The National Weather Service will survey the damage later Tuesday to determine if a tornado touched down in the area.

The deaths came in the wake of a major storm that is pummeling swaths of the country with ice, snow, and freezing rain.

In Texas, nearly 4 million people woke up without power as the state’s electric grid was unable to keep up with residents’ demand for power, according to poweroutage.us.

Two people, including a child, died from carbon monoxide poisoning after a car was used to generate power for heat, Houston Police said.

The winter storm dropped snow and ice from Arkansas to Indiana, bringing record-low temperatures from Oklahoma City to Minnesota’s Iron Range, where thermometers dipped to minus 38, the Weather Service said.

According to the forecast, wintry conditions were expected from Ohio Valley to Pennsylvania and Maine. The storm was expected to move into the northeast Tuesday, the Weather Service said.