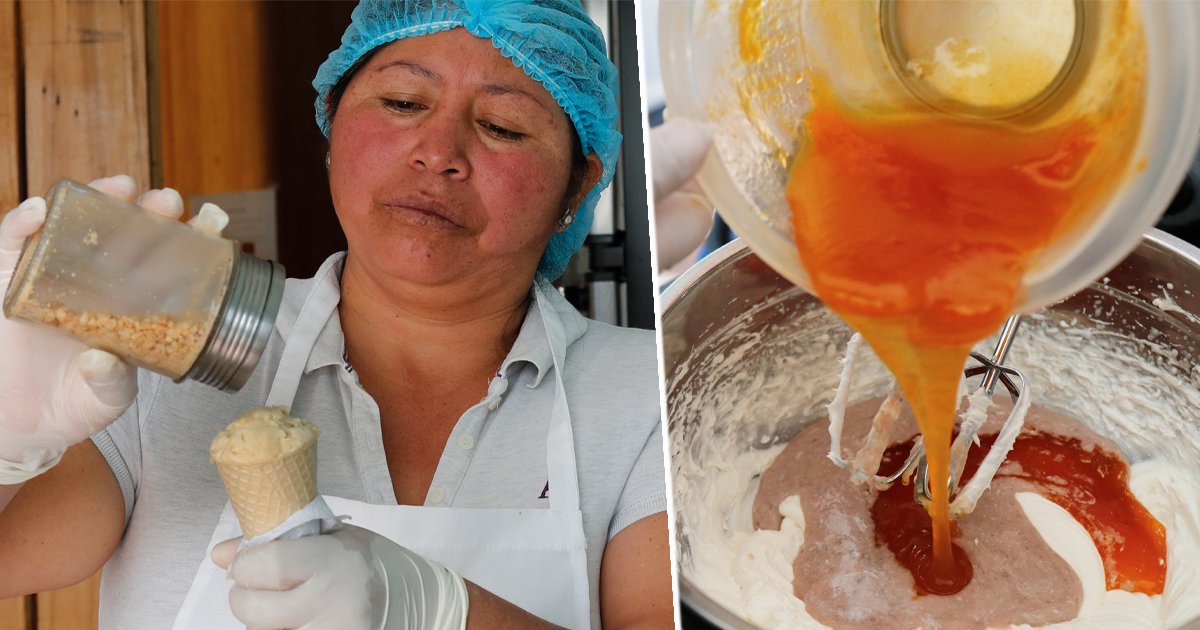 You Can Buy Guinea Pig-Flavored Ice Cream In Ecuador

PA Forget your strawberry, your mint choc-chip, your vanilla – Ecuador are serving up scoops of guinea pig-flavoured ice cream.  The gastronomical oddity stems from tradition: guinea pigs are...
by Raquel Jayson October 10, 2019 312 Views

Forget your strawberry, your mint choc-chip, your vanilla – Ecuador are serving up scoops of guinea pig-flavoured ice cream.

The gastronomical oddity stems from tradition: guinea pigs are a delicacy in some Latin American countries, including Colombia, Peru and Bolivia. The cute house pets are cooked up with salt and served with potatoes in peanut sauce.

Now, people can enjoy them in their desserts – grab the sprinkles.

Next to the highway linking the Ecuadorian capital of Quito to the city of Sangolqui, you’ll find the stall serving up the rather unbelievable treat.

Marlene Franco, a 78-year-old retiree who tried a scoop, told CBS News: ‘I was suspicious, but it was tasty.’

María del Carmen Pilapaña is the woman behind the rodent-based creation. In an area chockablock with dentist clinics and other businesses, she prepares 150 servings of guinea pig ice cream every week at just $1 per cone.

Guinea pig isn’t Pilapaña’s only flavour – she makes 40 servings of ice cream flavoured with beetles, which are also a traditional salty snack, as well as a smaller amount of mushroom ice cream. Because who needs chocolate?

My family and my husband thought I was crazy. They didn’t think anyone would like these ice creams, but now they’re our main product.

Pilapaña is more than aware of the risk she took on when opening her small business. Out of work with three children in tow, the entrepreneur began attending free training courses.

As part of her classes, she was challenged to do something innovative – although, earlier in September this year, I can’t imagine anyone expected her to bring out the guinea pigs.

But just how does one make guinea pig-flavoured ice cream? Be advised – it ain’t pleasant.

Pilapaña manages to concentrate the flavour of the animal after cooking and preparing a pate from its flesh. She then adds milk or cream and refrigerates the mix until it’s similar to ice cream. Delicious – apparently, it tastes like chicken.

The beetle ice cream is made with fruits like pineapple and passion fruit, and allegedly smells like wet earth.

The guinea pig is a very important ancient food in Andean indigenous societies, especially for its high protein content.

‘There is no reason to be amazed that Ecuadorians eat guinea pigs, even in ice cream,’ Páez said, pointing out that plenty of other countries eat different animals.

As for Pilapaña, the sky’s the limit. Crab, chicken and pork are on the horizon for her humble ice cream stall.

She added: ‘Seeing how my business is picking up, I’m sure I’ll do well.’