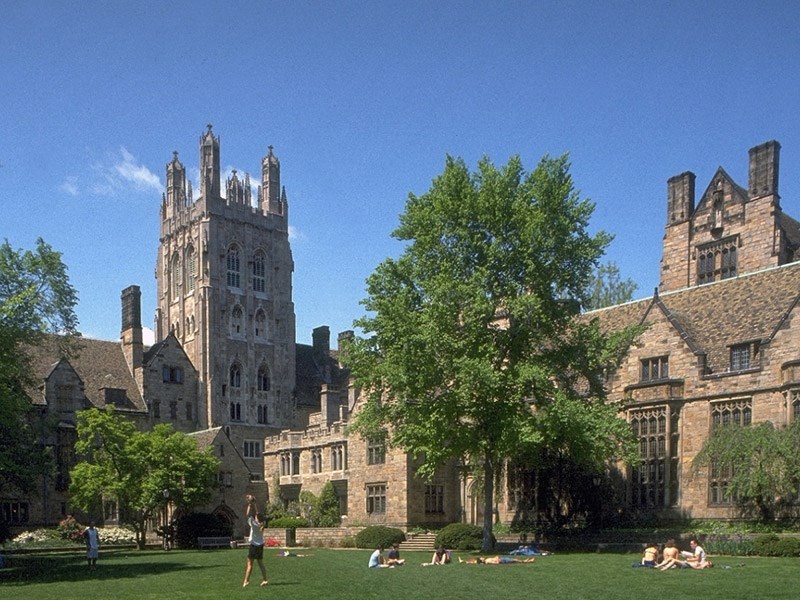 As the dean of Yale University’s Pierson College, June Chu is responsible for advising about 500 students and fostering “a familiar, comfortable living environment” in keeping with the university’s...
by Joy Smith May 17, 2017 646 Views 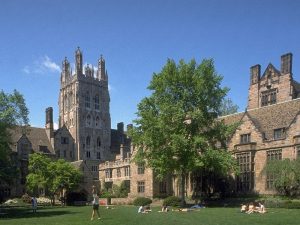 As the dean of Yale University’s Pierson College, June Chu is responsible for advising about 500 students and fostering “a familiar, comfortable living environment” in keeping with the university’s residential college system.

Chu’s biography states she has a PhD in social psychology and touts a long career in which she has “sought to help students not only succeed academically but to support their holistic academic experience and multifaceted identities.”

But the administrator’s seemingly supportive and culturally sensitive persona has been marred since Yale students came across her Yelp account. Images of Chu’s controversial Yelp reviews began circulating among Pierson students in recent months and were published by the Yale Daily News on Saturday.

The problem wasn’t so much what she said about the New Haven eateries and businesses she reviewed but rather her comments on the people who frequented them.

The posts, published over the course of the last few years, referred to customers as “white trash” and “low class folks” and to some employees as “barely educated morons.”

“If you are white trash, this is the perfect night out for you!” Chu wrote in a review about a Japanese restaurant, which she said lacked authenticity but was perfect for “those low class folks who believe this is a real night out.”

“Side note: employees are Chinese, not Japanese,” added Chu, who identifies in one review as Chinese American. In another restaurant review she said, “I guess if you were a white person who has no clue what mochi is, this would be fine for you.”

In a 2015 review, she called a movie cinema’s employees “barely educated morons trying to manage snack orders for the obese and also try to add $7 plus $7.”

The reviews drew a backlash from Yale students and alumni, who called the posts demeaning and offensive and elitist.

Chu has since deleted the account and issued an email apology to students at Pierson College, Yale’s largest residential college.

“I have learned a lot this semester about the power of words and about the accountability that we owe one another,” Chu wrote. “My remarks were wrong. There are no two ways about it. Not only were they insensitive in matters related to class and race; they demean the values to which I hold myself and which I offer as a member of this community.”

Yale College Dean Jonathan Holloway told the Yale Daily News he has not asked for Chu’s resignation, and said he believes Chu is “terribly sorry.”

“I think she’s doing exactly the right thing by saying ‘I’ve learned from this, I want to stand by all of you and I hope that you’ll stand by me as well,’ ” Holloway said.

Chu declined to comment specifically on her reviews to the student newspaper, but said she has to work toward repairing trust with her students.

“I am concerned about the shadow that my actions have thrown on my efforts to create an environment in Pierson that respects everyone,” Chu wrote the Yale Daily News. “I am especially concerned that it could prevent anyone from coming to me for the support that I offer to all Pierson students.”

So June Chu keeps her job @Yale but Nicholas Christakis loses his. Discuss.https://t.co/pgQ4h3HgoG

A student in Pierson who spoke to the Yale Daily News but asked to remain anonymous said he and some friends searched Chu’s Yelp account after receiving a collegewide email on Jan. 30 in which she announced that she had become “Yelp Elite,” meaning she had been recognized by the website for active participation “well-written reviews, high quality tips, a detailed personal profile, an active voting and complimenting record, and a history of playing well with others,” according to Yelp.

The student said he and his friends agreed that Chu’s use of “demeaning and offensive” language was inappropriate for someone in her position.

“These reviews make it clear how Dean Chu thinks about people who are different from her, and how she feels about New Haven, the city all of us call home for a few years,” the student told the Yale Daily News.

Most of the posts circulating among students were published after June 2016, after Chu had been appointed dean.

In one recent post Chu praised a movie theater for its lack of “sketchy crowds” despite being located in New Haven. In another, she used a profanity while criticizing a lawn care company employee. In 2015, Chu called a fitness center employee “the rudest person and just full of attitude,” adding that, “seriously I don’t care if you would ‘lose your job’ (I am sure McDonalds would hire you).” She said a gym class instructor there “looked frail and totally out of shape.”

The college dean serves as an academic and personal adviser to students. “Getting to know all residential college students as individuals helps the dean to address their concerns as personally and effectively as possible,” the website states.

As noted by James Freeman, assistant editor of the editorial page at the Wall Street Journal and a Yale graduate who serves on the board of the William F. Buckley Jr. Program there, the news of Chu’s reviews follow a controversy within the last two years surrounding administrators at another residential college on Yale’s campus.

Erika Christakis and her husband, professor Nicholas Christakis, were the associate head and head, respectively, of Silliman College at Yale. Leading up to Halloween of 2015, Erika Christakis wrote an email questioning Yale guidelines designed to avoid offensive Halloween costumes. “I wonder,” she wrote, “if we should reflect more transparently, as a community, on the consequences of an institutional (which is to say: bureaucratic and administrative) exercise of implied control over college students.”

The email caused widespread campus outrage, and both of the administrators resigned from their positions.

Several Injured in Brawl Outside of Turkish Ambassadors Home

Zac Efron Taking on New Role! Find out what it is…