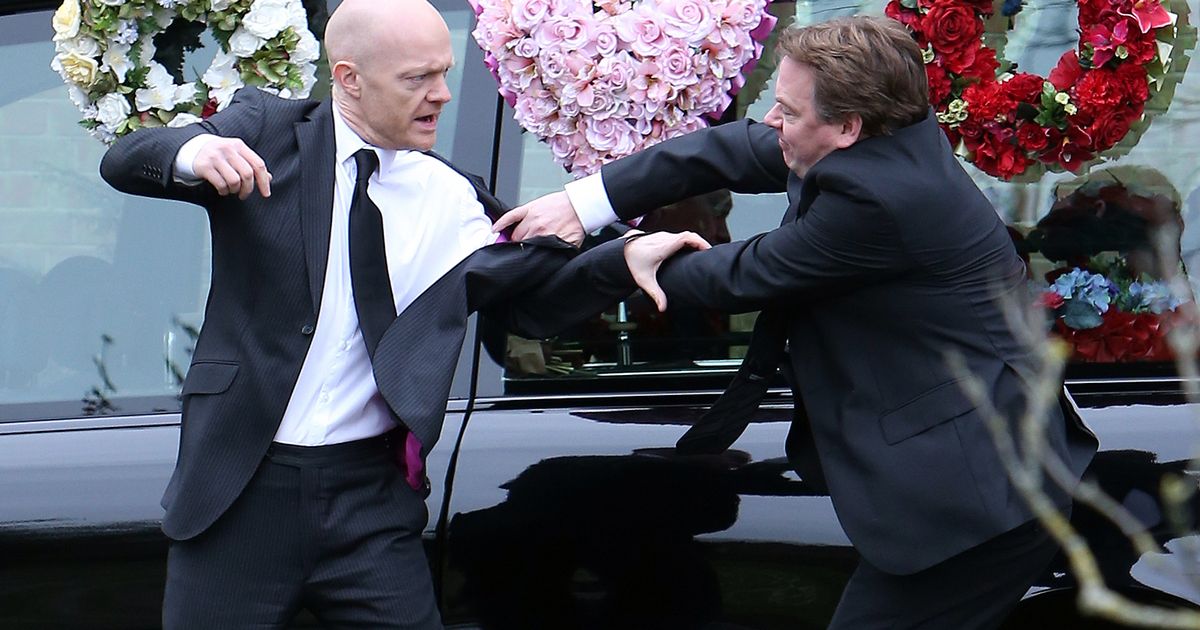 Wow! Fight Breaks Out At A Funeral Held At St. Mary’s Church

FUNERAL FIGHT  THIS photograph shows the shocking cache of weapons seized during a brawl at a funeral service in Northern Ireland this morning. The scuffle broke out at St...
by Zach Freeman February 27, 2020 274 Views

THIS photograph shows the shocking cache of weapons seized during a brawl at a funeral service in Northern Ireland this morning.

The scuffle broke out at St Mary’s Church in Melmount, Strabane, earlier today when a woman was delivering a eulogy.

Police were aware of “tensions between individuals” attending the service and set up a “significant proactive policing operation” to maintain the peace.

However a brawl broke out at the back of the church during the mass – forcing crowds of mourners to flee in panic.

Police at the scene seized a major haul of weapons including Stanley knives, axes and a hatchet.

Police stated that despite online reports of shots being fired at the church, there was no evidence of this being the case.

One video shared on social media showed a heavy police presence in the chapel grounds.

Speaking today, Chief Supt Emma Bond said a number of dangerous weapons were seized and appealed for a “calm resolution to the current issues”.

She said: “A significant proactive policing operation was in place this morning in the Melmount Road area to prevent disorder and keep people safe.

“A disturbance did break out within the church however it was quickly addressed.

“A number of dangerous weapons were seized and we are thankful to have been able to remove these items from the streets.

“We are aware of tensions between individuals who were in attendance at the funeral and I am appealing to anyone with influence to help bring about a calm resolution to the current issues.”

Earlier the PSNI said in a statement: “We are aware of suggestions online that shots had been fired at the church on the Melmount Road however there was a proactive police operation in place at the location and no evidence of shots having been fired were noted.”