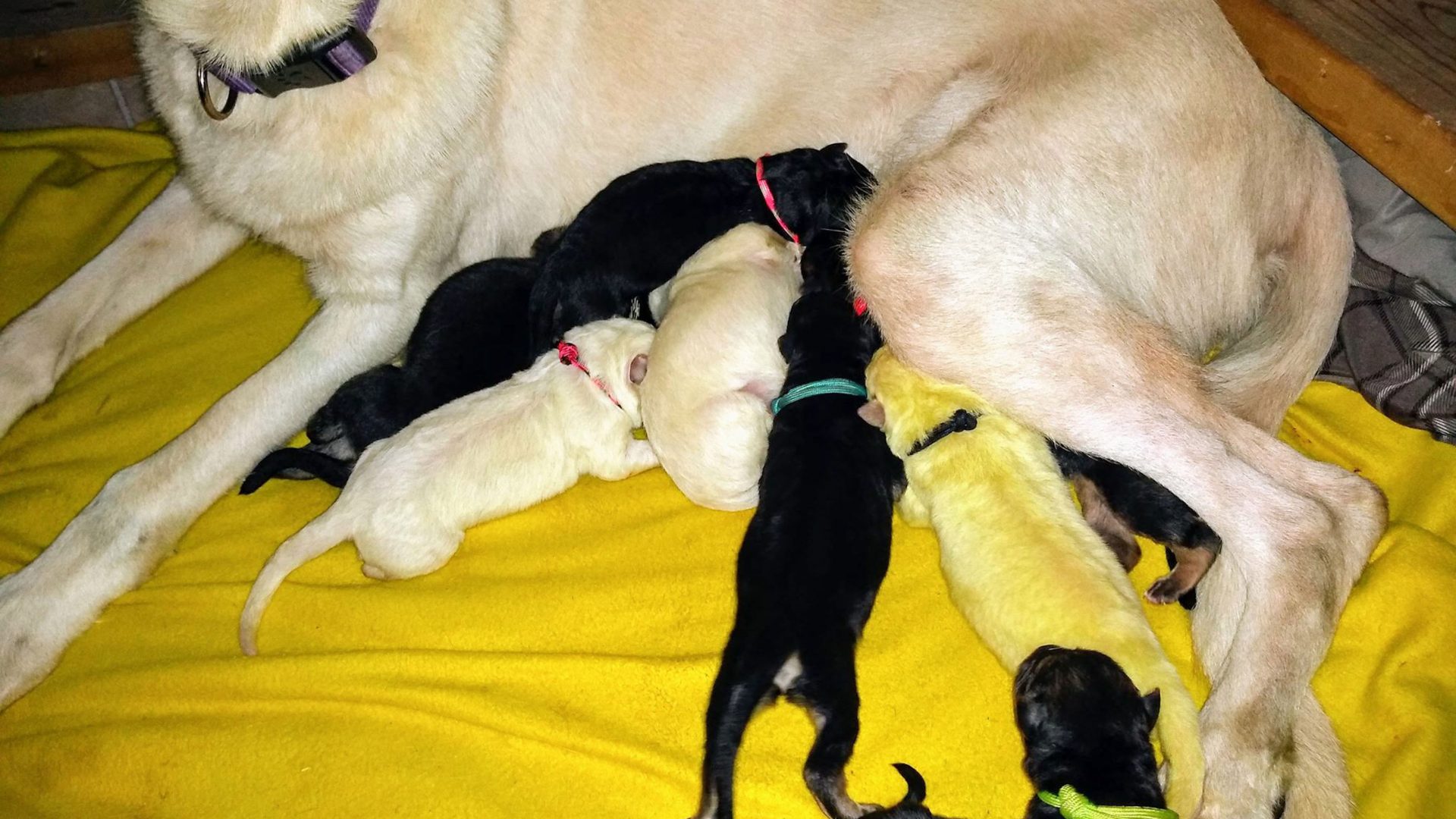 Wow! A Lime Green Puppy Has Been Born. One Of Seven In His Liter

A DOG has given birth to a puppy whose fur is a bright shade of green. The unusual pooch was born in North Carolina last Friday alongside seven other...
by Raquel Jayson January 17, 2020 279 Views

A DOG has given birth to a puppy whose fur is a bright shade of green.

The unusual pooch was born in North Carolina last Friday alongside seven other pups, which came out a normal colour.

Shana, 35, was looking after Gypsy while she was giving birth on January 10 when she noticed a green puppy pop out.

“I started freaking out because it was green,” Shana, from Canton, North Carolina, explained.

“As Gypsy is doing her job getting him cleaned up, he was crying and looked bright neon lime green.”

The puppy’s strange hue may have been caused by “meconium”, the earliest stool produced by an infant dog, in the mother’s womb.

Previous reports have suggested a pigment within the meconium can stain dogs’ coats before birth.

“The puppy’s green hue is likely to have been caused by meconium, a puppy’s first faeces which may be passed ahead of birth, or placental pigments,” Daniella Dos Santos, president of the British Veterinary Association, told The Independent.

“In any case, this should fade over time.”

The pup’s green colouration has already begun to turn a light yellow, according to Shana.

“Mum licks it away until I bathe it and then, I guess after a couple of weeks, it will finally fade out,” she said.

Shana was initially worried she had a “sick puppy”, but calmed down once she saw the dog was loud and moving.

Her family chose to name the dog “Hulk”, after the raging green Marvel superhero.

“Once she was done we checked him out, he was heavy and looked mad, so the name Hulk came to mind,” Shana said.

Other names considered by the family included Gremlin and Pistachio.

However, as the dog’s fur has now turned a shade of yellow, he has also been nicknamed Pikachu, after the yellow Pokémon.

In 2017, a dog owner was stunned after her golden retriever gave birth to a green puppy. It was believed the strange colouration was caused by a bile pigment called biliverdin.

In other news, scientists revealed this week that your cat could eat you if you die – and it’ll go for your hands and lips first.

Cats are just as loyal to their owners as dogs are, according to recent research.

And, one Chinese firm plans to bring your dead pets back from the grave by implanting memories into a clone.

This Singer Thought The Mark On Head Was A Pimple And It Ended Up Being Skin Cancer. Diagnosed 3 Times In 3 Years