People liked Shirley Jo Phillips. She was energetic, good-looking, and charming. She was also a thief and a con artist. Even her family would tell you so.

“My mother always said, ‘Your aunt’s a kleptomaniac. She can’t come in the house without stealing something,'” Phillips’ nephew, Jack Jackson, told “Snapped,” airing Sundays at 6/5c on Oxygen.

Shirley Jo Phillips was born in 1936. She was briefly married, which resulted in a son, Glenn “Buddy” Minster, born in 1959, afterward raising him as a single mom. Jackson said Phillips had a “combative” relationship with her own mother, Lela Kyle. Kyle cast a disapproving eye on her daughter’s lifestyle and blamed her for the hardships she suffered.

In 1984, Phillips’ family noticed a change in her, as she became distant. “She barely looked at me. Wouldn’t talk to me. I even commented to my grandmother, I said, ‘What’s the deal with Aunt Shirley?’ and she’s like, ‘Your aunt just changed in a bad way,'” Jackson told producers.

Phillips had become a con artist, stealing from men she hooked up with and selling their belongings.

“She usually chose men but when men no longer availed themselves, she looked for other people and when she found somebody, she took them for everything she could,” nephew Mickey Jackson Jr. told “Snapped.”

“I think she realized how lonely Mom was because Shirley Phillips popped in there and she told her what she wanted to hear,” Baker producers.

Wilma Plaster was born in Ozark County, Missouri in 1923. She met her future husband, Layton, at church when she was 15. He later became a pastor, and church and family were at the center of Plaster’s life. She was a doting mother and grandmother.

Tragically, in 1984, Layton was diagnosed with amyotrophic lateral sclerosis, commonly known as Lou Gehrig’s disease. Five months later, he was dead. His death hit Plaster hard. She was able to get through the grieving process with the help of Janice Cook, a fellow widow and friend from church.

But then, on October 3, 1989, Plaster’s children became concerned when they couldn’t get ahold of her, and three days later, a woman driving home from work in Springfield, Missouri, pulled over when she saw several bags strewn about the side of the road. Inside one were garden shears, a knife, and paper towels, all covered in blood. Others contained a human torso and head.

Dental records confirmed the victim was Wilma Plaster. The cause of death was a single gunshot wound to the head by a .38 caliber bullet, according to court documents. The medical examiner concluded Plaster was murdered on Oct. 3.

Police searched Plaster’s home and determined the knife and garden shears found with her body parts came from her home. Her car was missing and her garage appeared to have been recently cleaned. Crime scene investigators sprayed the area with luminol.

“The crime lab found blood residue there. A lot of blood. We felt like the actual decapitation and body dismemberment occurred in the garage of Wilma’s house,” former Springfield Police Detective David Asher told producers.

Plaster’s neighbors told detectives that on the night of Oct. 3, they heard a loud noise, possibly a gunshot, at around 10:30, according to court documents. Neighbors also recalled seeing an unknown silver car pulling into the garage.

Detectives spoke with Janice Cook and asked if Plaster had any close friends she thought they should talk to. Cook said she had a brand new friend she met line dancing. Her name was Shirley Jo Phillips.

“Mom was excited about having a new friend. Janice had started dating somebody and had kind of moved on from their relationship and she was sort of alone. Shirley kind of stepped in and filled the gap,” Plaster’s son, Dr. Mark Plaster, told “Snapped.”

Plaster and Phillips had been friends for less than a month. When asked what kind of car Phillips drove, Cook said she drove a silver Cadillac.

On October 10, Phillips’ friend Nora Martin contacted police. She said Phillips visited her the day before. Upon her arrival, Phillips insisted they take their cars to get washed and diligently vacuumed and washed her car several times. That night, while watching the evening news, the two women saw a report on Plaster’s murder. Phillips became visibly upset and said her fingerprints were all over Plaster’s home.

After Phillips left, Martin found several bags hidden under her porch. They contained cleaning materials, bank documents, and checks belonging to Plaster, and a .38 caliber revolver that later matched to Plaster’s gunshot wound, according to court documents.

The gun was registered to Plaster’s son, Buddy Minster. Detectives questioned him but found he had an alibi.

“He’s been in jail off and on, he went to prison. He’d break into a place but violence, murder? My cousin wasn’t like that,” Jackson told producers.

Investigators also discovered a canceled check of Plaster’s, made out to Phillips in the amount of $4,050.00, according to court documents. At the time of her death, Plaster’s bank account had been almost completely drained.

Before they could bring her in, Phillips showed up at the police station. She’d heard investigators wanted to talk to her and submitted a handwriting sample.

Phillips denied having anything to do with Plaster’s murder and claimed the money was to pay for furniture. She said she had last seen Plaster leaving the hotel bar at a Ramada Inn in Springfield where Plaster’s car was later found. However, the handwriting sample got her into trouble.

“From the handwriting samples the calligrapher determined that the check for $4,050 was not signed by Wilma Plaster. That was not her handwriting, and was confirmed as being Shirley’s,” Asher told police.

Phillips was detained on suspicion of check forgery. When investigators searched her car, they found traces of blood in the trunk, according to court documents.

On October 12, 1989, Shirley Jo Phillips was arrested and charged with murder in the first degree, according to a 1989 report from the Tulsa World newspaper.

Three weeks later, the Oklahoma Bureau of Investigation contacted detectives in Springfield about the disappearance of Phillips’ mother, Lela Kyle. She had gone missing the previous spring.

“We were contacted by Broken Arrow, Oklahoma, in reference to nine pounds of human flesh they had recovered at a roadside park,” Asher told producers. “This was recovered back on or about Mother’s Day of that year and what it was was four fingers of a left hand, a part of an upper lip, a nose, an ear, and other body parts.”

After hearing of Phillips’ arrest, her sister, Wanda Lou Moorer, reported their mother missing. Authorities ultimately identified the body parts as belonging to Kyle, The Oklahoman reported at the time.

Phillips was never charged for her mother’s murder, but she ended up behind bars regardless for Plaster’s killing.

Shirley Jo Phillips was found guilty of first-degree murder in February 1992. That April she was sentenced to death, but in 1998, Phillips’ death sentence was commuted to life in prison without the possibility of parole, according to the Southeast Missourian newspaper. Now 84, Phillips is currently incarcerated at Chillicothe Correctional Center, a women’s prison in Missouri.

For more on this case and others like it, watch “Snapped,” airing Sundays at 6/5c on Oxygen or stream episodes here. 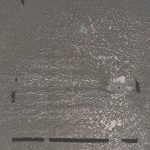 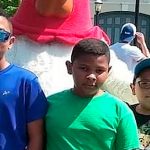 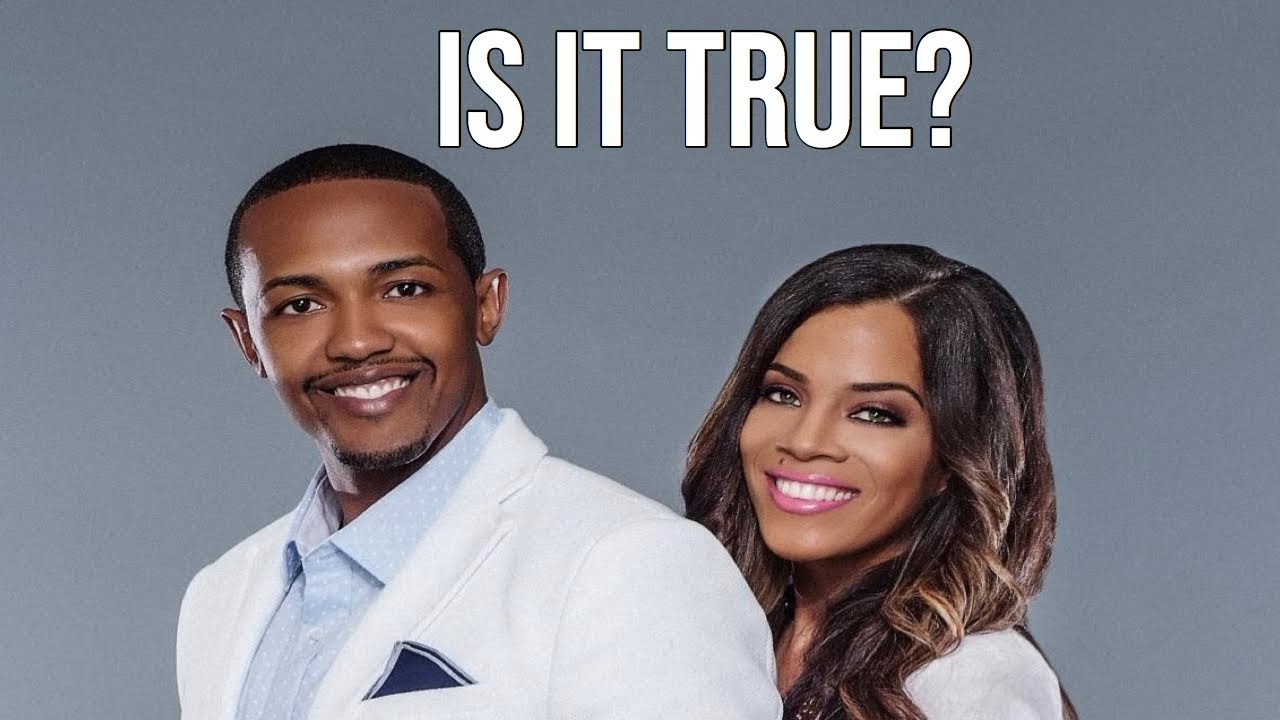 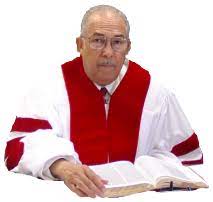 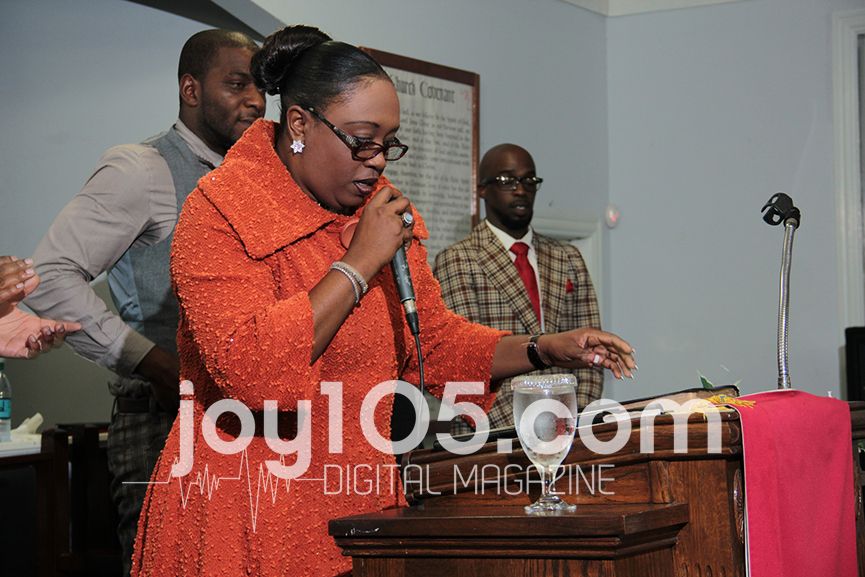