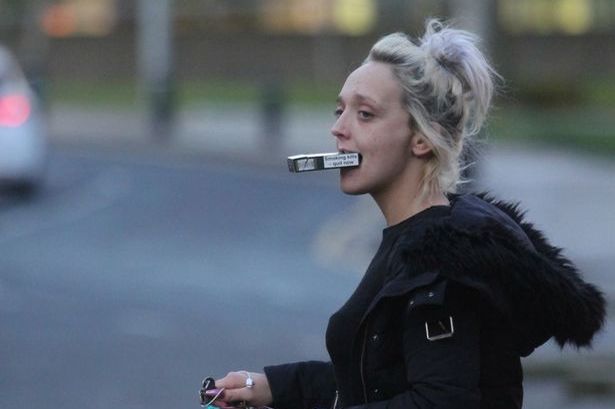 Woman Throws Her Baby At Police To Avoid Arrest!

A woman who hurled her baby at a police officer in a fit of rage smirked as she walked free from court. Kirsty Bearfield, 24, dodged a jail sentence...
by Zach Freeman December 2, 2019 174 Views

A woman who hurled her baby at a police officer in a fit of rage smirked as she walked free from court.

Kirsty Bearfield, 24, dodged a jail sentence despite causing the detective who caught the child a life-changing neck injury.

The officer’s injury was so severe she had to quit her job and said it “robbed her of being a mother” as she could not hug her own daughter.

Bearfield had taken her older child to Hull Royal Infirmary with what was feared to be a “non-accidental” injury, although it was later ruled not suspicious.

A social worker decided both children should be removed from her care to stay with their father that night, Hull Crown Court heard.

Bearfield was in a waiting area with the baby on her knee when a detective constable stood in front of her and explained the decision.

Prosecutor Phillip Evans said: “That was news which the defendant did not take well.

“Upon hearing this news the defendant, say the Crown, threw the baby at the officer with a look of anger on her face.”

The officer “put her arms up and caught the baby who had been flung towards her,” Mr Evans added.

She managed to catch the 30lb infant without him being injured, and yanked her head back so the baby wouldn’t hit her face.

The officer was in “immediate discomfort” and after visiting a physiotherapist was referred to a neurosurgeon.

An MRI scan revealed a trapped nerve in her lower spine, which required surgery.

The detective was warned there was a risk she would lose the use of her left arm – causing “great anxiety” – but the op was successful.

Another specialist performed further surgery for a frozen shoulder, a condition “exclusively attributable” to Bearfield throwing her baby at her.

She still does not have full use of her left shoulder and has been left with a six-inch scar.

She robbed me of being able to be a mum to my child and that I can never forgive.Injured Police Officer

In a victim statement to the court, the officer said it had a “devastating” impact and left her unable to dress herself.

The officer said her daughter had just started primary school at the time of the incident, and she had been unable to hug her.

She said: “It’s heartbreaking as a mother when your child needs comfort and they are asking to be picked up and you have to turn them down.

“This is all due to Kirsty Bearsfield.”

She had to quit her hobbies of climbing, swimming, and walking, and has to have her hair cut short as she can no longer hold a hairdryer.

Her injuries have forced her to quit her former role and she is restricted to other duties.

The officer said: “I hate that we are forever linked that way as I don’t think I will ever forget her or what happened.

“It made me leave a role I was good at. I have nightmares about her chucking her son and what could have happened.

“She robbed me of being able to be a mum to my child and that I can never forgive.”

Steven Garth, mitigating, said the baby was “airborne for only a split second”.

He told the court: “This is a highly unusual case. She had the most wretched start to life. Both her parents were heroin addicts and they did not want her.

“She was neglected by them and placed in care when just a toddler.

“By the age of five she had been placed with 39 different foster carers spread around the country.”

OUT WITH A BANG

Judge Paul Watson said: “I was, as anybody would be, personally moved to hear of the profound effects this injury caused. They were caused by you.”

But he added: “I have decided it would not be right or conscionable for something you did two years ago to immediately deprive you of your liberty.”

Bearfield was sentenced to 12 months in jail, suspended for 18 months, and must have up to 25 days rehabilitation.

14 Killed In A Mass Shooting In A Protestant Church Yesterday