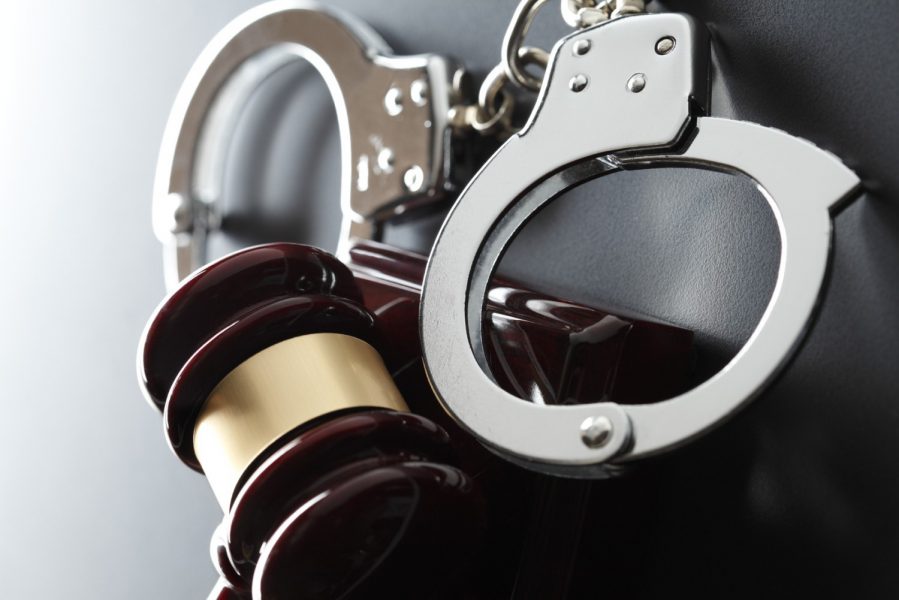 An Arkansas woman is facing a capital murder charge after deputies say she shot and killed her husband during an argument over pornography.

According to the Jefferson County Sheriff’s Office, Patricia Hill, 69, of White Hall, called 911 Saturday afternoon and told dispatchers that she had shot her husband. When deputies arrived at the couple’s home, they found Frank Hill, 65, dead inside a utility shed and detained his wife, who “waived her rights and agreed to speak with investigators,” according to a news release.

Patricia Hill told deputies that “she disagreed with her husband’s purchase of video pornography via the television guide,” the news release said. Although she canceled his order, her husband reportedly placed another one. When she found out, she confronted her husband, who was inside the shed, authorities said.

“Mrs. Hill stated that she entered the shed and asked her husband to leave but he refused,” the news release said. “Mrs. Hill admitted that she then returned inside the residence, where she armed herself with a .22-caliber pistol. She went back to the shed a short time later, where she entered and shot her husband twice, striking him once in the leg and once in the head.”

Patricia Hill is being held without bond.

ATTORNEY: THROW OUT RAPE CONVICTION. MY CLIENT WANTED ONLY “OUTERCOURSE” WITH RAPE VICTIM

A lawyer for Brock Turner, whose six-month jail sentence for sexually assaulting an unconscious woman prompted outrage in 2016 and beyond, argued this week that the former Stanford swimmer shouldn’t have been convicted of intending to commit rape because he merely sought “outercourse.”

The 22-year-old victim was attacked after a fraternity party in January 2015. Two witnesses said they found Mr. Turner, then 20, thrusting on top of her unconscious body by a dumpster near the fraternity house, her dress pulled above her waist. He told the police that he removed her underwear and penetrated her with his fingers, but never took his own pants off. 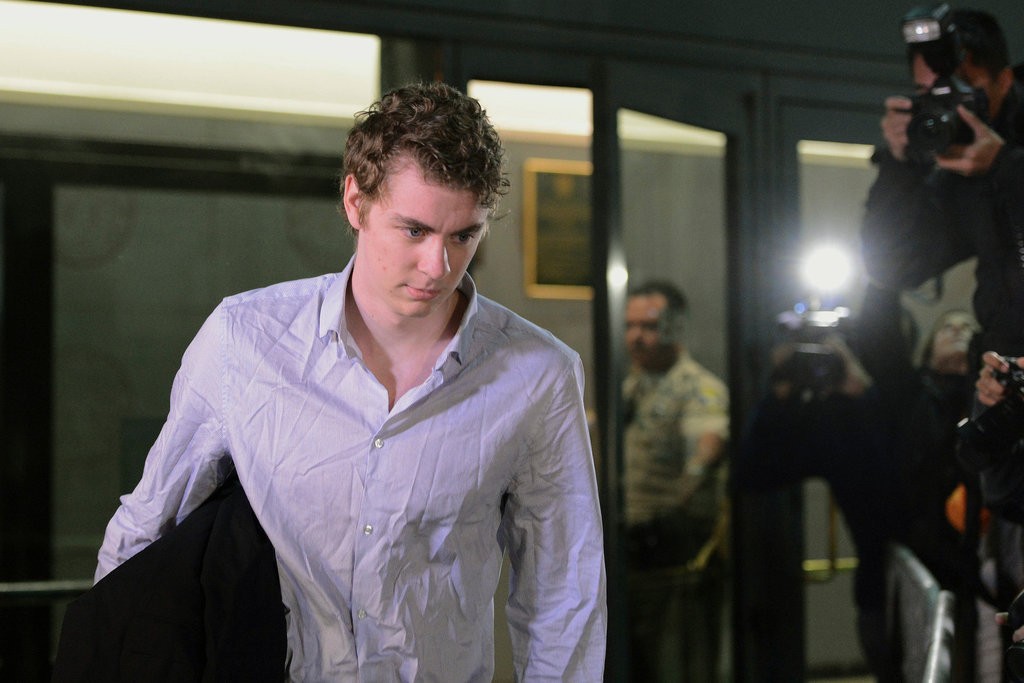 During Tuesday’s court appearance and in a brief filed in May, Mr. Multhaup argued that the “outercourse” — defined as sexual activity other than vaginal sex — was all Mr. Turner sought.

The distinction is significant because, at the time, California law narrowly defined rape as “an act of sexual intercourse” under duress or lack of consent. (The law has since been expanded to include all forms of nonconsensual sexual assault.)

The jury found sufficient evidence that he had intended to rape the unconscious woman, as rape was defined by California law at the time. But in the appeal, Mr. Multhaup referred to “outercourse” as “an alternative to or substitute for sexual intercourse, not a precursor to it.”

“As a matter of common sense, the sexual activity that was observed here is mutually exclusive to actual intercourse,” the brief said, linking to a Planned Parenthood page in support. “A person seeking sexual gratification chooses one or the other.”

He repeated the argument in court on Tuesday — but according to local media accounts, at least one of the judges did not seem swayed.

“I absolutely don’t understand what you are talking about,” Associate Justice Franklin D. Elia said, according to The San Jose Mercury News.

Justice Elia also said that the United States Supreme Court had ruled that a person doesn’t have to expose himself to provide intent to commit rape, according to Palo Alto Online. The judges will have 90 days to make a decision.

Mr. Multhaup did not return an email seeking comment on Thursday.

Mr. Turner’s case received widespread attention because many saw his sentence — six months in jail, well short of the 14-year maximum he could have received — as being far too lenient. The judge who sentenced him, Aaron Persky, was recalled in June by just under 60 percent of California voters after a two-year effort to remove him from the bench.

Mr. Turner served three months before he was released in September 2016. He also received three years of probation, was required to register as a sex offender and was barred from Stanford’s campus.

The lawyer’s invocation of “outercourse” was widely denounced or mocked. Camille Gear Rich, a law professor at the University of Southern California, said in an email that it could serve as a substitute for intercourse only with the consent of both parties, while Mr. Turner’s behavior suggested he intended to penetrate the victim.

“It’s both offensive and counterproductive for a defense attorney to try to convert voluntary safe sex techniques into a cover for what clearly was malicious intent in this case,” she said.

Kristen Houser, a spokeswoman for the National Sexual Violence Resource Center, based in Pennsylvania, called it “a desperate whitewashing attempt.”

“This just really seems like a brazen attempt to sanitize a sexual assault by splitting hairs in individual legal definitions,” she said.

Michele Dauber, a Stanford law professor who led a committee to recall Judge Persky, said the appeal tactics confirmed what critics had said during the sentencing: that Mr. Turner hadn’t been remorseful or taken responsibility.

She said the introduction of the “outercourse” argument was inappropriate for an appeals court; Mr. Turner had the opportunity to make that case to the jury but never did, she said.

“In the grand scheme, he got off very lightly and was very lucky in the way he was sentenced,” Ms. Dauber said. “Everyone would be better off if he were to accept the consequences and move on.”

Watch: Barack and Michelle Obama Dancing at Beyoncé and Jay-Z’s Concert So Cute!