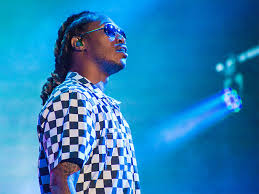 Woman claims Future wants her dead and her unborn child

Future has been accused of threatening a woman who is allegedly pregnant with his child. Model/entrepreneur Eliza Reign claims she started a sexual relationship with the platinum-selling rapper roughly two...
by Katricia Brown November 26, 2018 390 Views

Future has been accused of threatening a woman who is allegedly pregnant with his child. Model/entrepreneur Eliza Reign claims she started a sexual relationship with the platinum-selling rapper roughly two years ago. 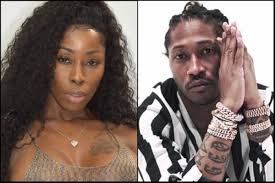 According to an Instagram post obtained by Baller Alert, Reign says Future threatened her life and the life of her unborn baby.

“Eventually I found out I was pregnant and I let him know,” her statement reads in part. “He obviously wasn’t happy about it but wasn’t very forceful strong about getting rid of it either. However, he asked me to have an abortion. I thought seriously about it but waited a few weeks.”

Reign goes on to explain that she ultimately decided to follow through with the pregnancy. Shortly after, she alleges Future and members of his team started threatening her.

“I got the courage to basically inform Him that I didn’t go through with the procedure and decided to keep the child,” she continues. “He went ballistic! Having members of his camp call me and friends come by my job asking about me. It got so bad, Out of fear, I started to slow down on working.”

Despite her fears, Reign continued sending Future updates and sonograms until he eventually blocked her on social media.

“I got call from someone telling me to ‘be careful I heard Future want yo head,’” she writes. “I thinking this can’t be true cuz he’s a decent guy and most importantly he’s too successful to talk like that.”

#Elizareign announces with detail that she is pregnant by #Future (swipe)

Reign says she heard the same threat a second time roughly a week later and said this time, there was a bounty on her head.

“It’s sad to think a person I laid up with for years would put a price tag/value on my death and THE DEATH OF THEIR UNBORN CHILD.”

Finally, Reign wraps up her lengthy statement by saying she’s “scared” for her life, her unborn child’s life and her family.

Future already has five baby mothers and according to Reign, he doesn’t want a sixth.

Reign, who wrote her detailed account of what happened on Saturday (November 24), followed up with a receipt from Instagram showing the post was removed for violating community guidelines.

Slain Rapper XXXTENTACION’s mother has an announcement to make!